If It Ain't Got That Swing: The Philadelphia Orchestra and JLCO Bring Wynton Marsalis’ Swing Symphony to SPAC 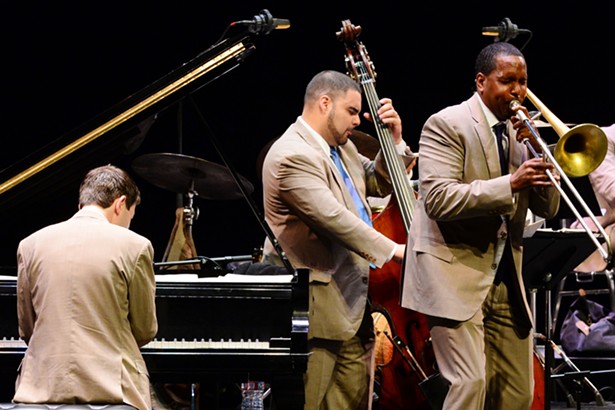 Commissioned by the Berliner Philharmoniker Foundation, Swing Symphony is Marsalis’s third symphonic work, exploring the evolution of swing music. The performance will feature both JLCO and The Philadelphia Orchestra, following an opening piece by Jazz at Lincoln Center Orchestra.

Marsalis, now considered a prolific and inventive composer worldwide, grew up with a love of playing and listening to classical music, but didn’t have any intention of composing for the space. He says, in a video interview for JLCO, that he learned to write for jazz orchestra on fly—especially after a friend teased him that he was “afraid” to write for the New York Philharmonic. 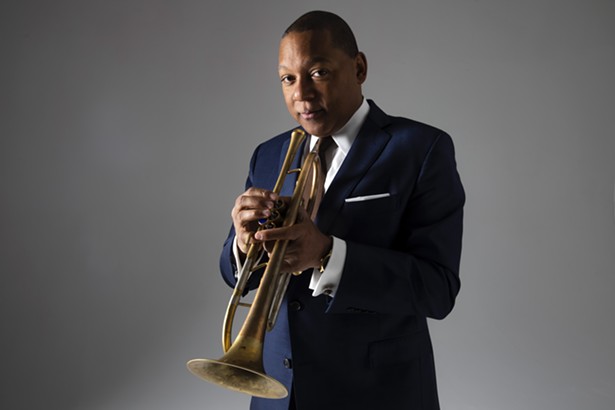 Marsalis is the first jazz artist to perform and compose across the full spectrum of jazz, from New Orleans to bebop to modern jazz. He’s the first jazz composer to be awarded the Pulitzer Prize for Music (for Blood on the Fields).

The Philadelphia Orchestra with Jazz at Lincoln Center Orchestra will present Marsalis’ Swing Symphony on Thursday, August 15 at 8pm. Tickets are available on the SPAC website.