A Wine for this Region 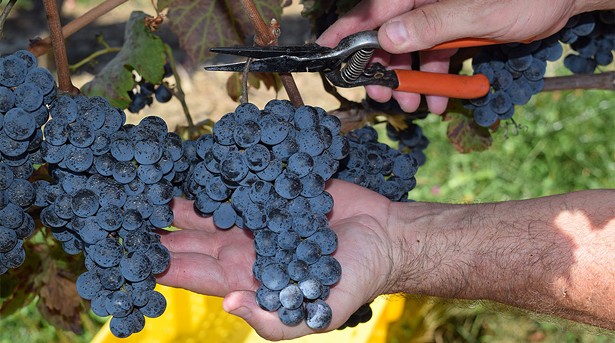 With its earthy and approachable flavor, the Cabernet Franc is poised to become the calling card of the Hudson Valley. Just in the past three years, the Valley has witnessed a shift from an unorganized appreciation to a passionate focus on the Cabernet Franc. This movement, similar to the return of whiskey distilling in New York via the creation of Empire Rye seal, is set to put the Hudson Valley in higher spirits by crafting a regional identity you can taste.


The lighter-bodied, aromatic Cabernet Franc, a parent of both the Cabernet Sauvignon and Merlot, is perfectly suited to the colder temperatures of the Hudson Valley. The Cabernet Franc is one of the 20 most widely planted group varieties, found throughout Europe, China, and Kazakhstan. Not only that, but the round body of the blend containing layers of berries, cranberries, and some light red cherries, becomes an interesting and stimulating dinner companion throughout a variety of cuisines. And, according to Doug Glorie, founder of the Hudson Valley Cabernet Franc Coalition and Glorie Farm Winery in Marlboro, all of these positive attributes make the Cabernet Franc the perfect fit for the Hudson Valley—and initially inspired him to create this movement to establish the region's grape.


For Glorie, the region’s path to international recognition as a wine destination lies in a cohesive approach. "I had essentially a vision that the Valley would be better recognized if it could embrace a grape, rather than be generic and say that we grow a lot of different kinds of grapes and make different styles of wine," Glorie says. "To focus on one variety would be a better way to get the message out that we are here in the Valley, that we make great wine, and the Cabernet Franc is a good focal point for that."


Even before the coalition's inception, the Hudson Valley had been producing this grape variety for decades—though, it wasn't until a tasting at Glorie Farms Winery in 2016 that the Cabernet Franc became a concrete marketing plan. So, along with several wineries, including Fjord Vineyards, Milea Estate Vineyard, Millbrook Winery, Nostrano Vineyards, Robibero Winery, Tousey Winery, and Whitecliff Vineyard and Winery, the Hudson Valley Cabernet Franc Coalition set out to change the mission of its region's wine.

While each unique in their own right, these wineries provide a testament to the enduring popularity of the Cabernet Franc and sheds a light on its exciting future in the Hudson Valley. Perhaps one of its biggest cheerleaders is David H. Bova, Vice President of Millbrook Vineyards & Winery, the oldest producer of the Cabernet Franc in the Hudson Valley.


For those looking to indulge in a Hudson Valley grown Cabernet Franc, they only need to look for the unique sticker created by the coalition, depicting a black hawk, that is placed on the neck of the bottles produced by the seven wineries—and soon to be seen on vineyard signs, window decals, event signs, and promotional postcards.


Aside from purchasing these homegrown wines, aficionados and novices alike will delight in a chance to partake in tastings across the region during the coalition’s second annual Hudson Valley Cabernet Franc Week from November 27 to December 4.