Post-Eclipse Surfing with Venus in Aquarius 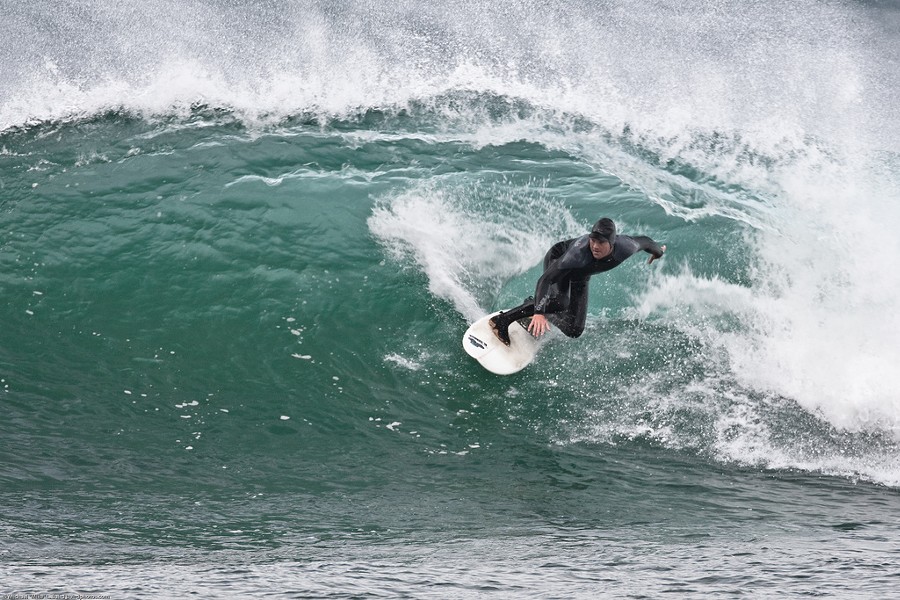 Yesterday's Leo Full Moon and lunar eclipse put us squarely in "the eclipse zone." Don't worry if you didn't notice anything "special" yesterday; eclipses work in pairs (the corresponding partial solar eclipse is February 15), and often the full two weeks in between hold intriguing potential.

That's going to vary from person to person, depending on such things as where the eclipses occur in your chart; where you are in your life; how you relate to opportunities and synchronicity; and who knows what else. You might have a friend who makes radical changes in her life during an eclipse period, while you just seem to roll along like you always do. Or maybe you make one unexpected decision near an eclipse that develops in surprisingly productive ways months later, while someone close to you seems to encounter obstacles and setbacks.

My point is simply that there's no one way that eclipses manifest in people's lives. So there's no point in worrying that you're "doing it wrong," or "not doing enough' to make it count." You can, however, stay as aware as possible of opportunities, shifts in your outer environment, quiet intuitive nudges, and unexpected insights or urges. Those could very well be some of the openings through which you're able to harness some energy—as can getting clear on anything you'd like to experience more of, so you can prioritize it and get yourself oriented on it.

Surfing offers a useful image for using eclipses—even if you've never set foot near an ocean, let alone on a surfboard. You get yourself and your board out to where the waves are, point yourself in the right direction, and get ready. As a good wave approaches, you start paddling. As it arrives, you stand up in position to ride the wave. And you keep looking in the direction where you want to go—not behind you, or at your feet or the sky, or at the person next to you: you look where you want to go.

Applying that to eclipses generally means having an idea of what you'd like to do more of in the coming six to 12 months and making sure you do some of that on or around eclipse days. But it can also mean looking ahead to some larger goal and taking a tangible step toward it; or noticing an unusual opportunity and going with it, perhaps allowing your vision of what it might lead to develop along the way.

However you experience the next couple weeks, the major aspects of the next few days could give you some ideas about the overall atmosphere you're operating in. The primary player looks like Venus in Aquarius.

On Saturday, Venus makes a conjunction to the asteroid Juno. Then on Sunday, Venus makes a square to Jupiter in Scorpio (Juno is also functionally square Jupiter now, but that won't be exact until Monday). At the same time, Venus is aspecting several intriguing minor objects.

With fixed signs involved, there's always the reminder to be aware of stubbornly persisting in crystallized patterns; in this case, relationships, sex, friendships, group dynamics and habits of spending/consumption could be worth a special look. Venus-Jupiter squares typically bode well for doing just about anything you enjoy, especially in the company of others.

I know this might sound "out there" for many readers, but with Venus in Aquarius and Jupiter in Scorpio, favored activities this weekend could legitimately include group sex. Even the presence of Juno may support that—though you'll want to keep an eye on any jealous impulses.

Yet even in the most vanilla of monogamous relationships, Venus-Juno in Aquarius could actually indicate an enhanced ability to stay focused on the big picture in the relationship, rather than getting drawn into petty details. This would relate to the more humanitarian expression of Aquarius.

However, this astrology could also come through as a need for some freedom in a relationship to enjoy the company of others in some way; or even a desire to orient more on shared social justice priorities, whether in friendships or in community.

What about the minor planets involved? Venus is making a trine to Chaos in Gemini, and is squaring Psyche and Ceto in Scorpio. It kind of looks like having access to the fertile moment where your thoughts originate; and then being able to use that insight to come at persistent fears and emotional triggers from a more detached place—one that maybe allows you to experiment with a new approach to them.

Rounding out the weekend's astrology we have Mercury newly in Aquarius (as of yesterday) sextile Mars in Sagittarius: the alertness, practical cleverness, and marriage of reason, action, optimism and innovation that could really come in handy in the days after an eclipse. Also on Saturday, the asteroid Pallas conjoins the object 1992 QB1 in Taurus. This looks like the potential to do some strategic threshold crossing; specifically, of the kind that accesses your body's natural wisdom and sensory pleasure as you enter a new phase.

From what I can tell, the sky is offering some beautiful helpers as you traverse this space of time between eclipses. Even the subtlest effects and seemingly smallest choices can be beneficial; you don't necessarily need dramatic changes to move forward (though at times that is called for). You just need to see the wave, and decide to keep surfing.