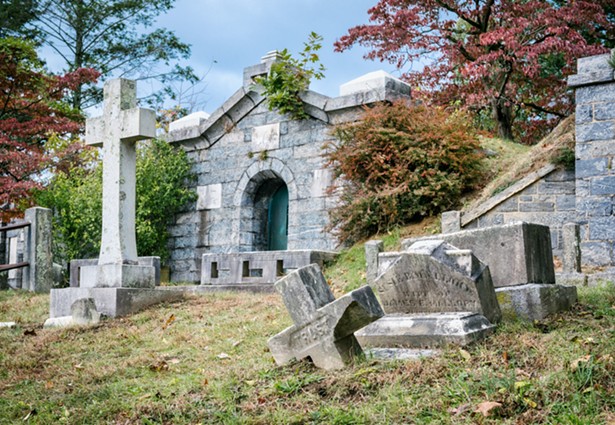 Every culture and civilization since the beginning of time has mourned their dead through ritual or ceremony. Ancient Egyptians would bury their dead on the western side of the Nile River with large funeral processions featuring mourners dressed to represent deities associated with death. The ancient Greeks would assemble around the prepared bed of a deceased loved one and utter loud lamentations of grief. Early Hindus would cremate their dead and sprinkle their ashes in the Ganges river, enter a mourning period of about 12 days and then hold a feast commemorating the dead.


In 19th-century America, families would prepare, dress and display deceased loved ones at home where visitors would come to pay their respects. Visitation was then followed by a procession to the church and cemetery.

Dealing with Death During a Pandemic

As of May 7, there have been 25,623 COVID-19 related deaths in New York alone. Overwhelmed by the rapid surge of deaths, funeral homes and cemeteries have had to ramp up operations and scale down ceremonies.


Phil Tassi is the vice president of Ferncliff Cemetery in Hartsdale and president of the New York State Association of Cemeteries and has seen firsthand the toll this pandemic has taken on the industry. “Normally we cremate on average 11 people a day, and we have been doing 22 to 25 a day, seven days a week, for the last three weeks,” Tassi explains. “Burial numbers have more than tripled on a daily basis.”


Another struggle faced by cemeteries and funeral homes is difficulty obtaining personal protective equipment for their staff, a crucial part of the job for those handling the dead, considering those who have died from COVID-19 can remain contagious for hours up to days. Gravediggers and morticians, among others, have been wearing PPE at work even before the pandemic hit, specifically when handling potentially hazardous bodies, like someone who has passed from Ebola or SARS. The New York State Funeral Directors Association suggests funeral homes and cemeteries comply with the Centers for Disease Control’s standard precautions for all patient care. This includes using “personal protective equipment (PPE) whenever there is an expectation of possible exposure to infectious materials.” Usually relying on suppliers and manufacturers for this equipment, shortages in supply have left funeral homes and cemeteries scrambling for supplies and relying on federal and state aid.


“We have gone to great lengths to try to obtain more PPE and we're still trying to get more, but for now, we only have enough to get us through the next couple weeks,” Tassi says. 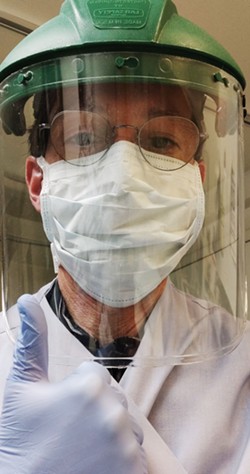 The recent discovery of dozens of bodies being stored in U-Haul trucks outside a Brooklyn funeral home exemplifies the struggles downstate New York is facing. “When it first started, I was putting in 15 to 20 hour days, five days straight,” says Mark A. Flower, funeral director and manager of Flower Funeral Home in Yonkers. “I kept thinking, ‘I'll be able to catch up’ but I was never able to catch up because just so many people were dying. That's when we decided we were going to have to start saying no. I'm not in this business to say no, I'm in my business to help people.”


“We have people as far as Brooklyn asking us for help. I got an email from one guy in Brooklyn begging for our help, he lost his mom and dad and no funeral home could help him, but I couldn’t either.”


The Yonkers funeral home has been serving the Westchester area, the Bronx and New Rochelle among other local cities for three generations. A third-generation funeral director and current manager of the funeral home, Mark A. Flower has been working to the best of his ability to help families who have lost loved ones to the virus.“We have some cemeteries that aren’t even allowing the families to go into the cemetery to go to the grave. If that's the situation, I'll take out my cell phone and take photos of everything going on so they almost feel like they're there with me, and I have gotten a lot of feedback from people thanking me for that,” Flower says.


New York state’s social distancing protocols have made it more difficult for loved ones to grieve together in the traditional sense. Funeral homes, such as Flower Funeral Home, are holding only hour-long viewings, letting in limited numbers of people at a time. Many cemeteries are only allowing immediate family members to attend graveside services, limiting the visitor amount to 10 following state mandate. People not within the same household also have to stand six feet apart at these services.


Jack Wilsey, third-generation funeral director of Seamon-Wilsey Funeral Home in Saugerties, details the impact he has seen on families who aren’t afforded a traditional funeral and burial. “Part of getting through a death in the family is the support you have from the community itself, and that's not really being allowed now,” Wilsey says. “The biggest impact I’ve seen on families is the difficulty of not being able to completely say goodbye. A lot of the services are right at the graveside and people just aren’t given ample time to grieve.”


At Ferncliff Cemetery, Tassi says that families have been asked to stay in their cars until the coffin is out of the hearse and placed in the grave, mausoleum or crypt, and then the family has to remain curbside during the service.


The new precautions taken by the death care industry amid the COVD-19 pandemic will surely influence the ways in which we grieve for our loved ones for years to come.