A Cause for Dancing 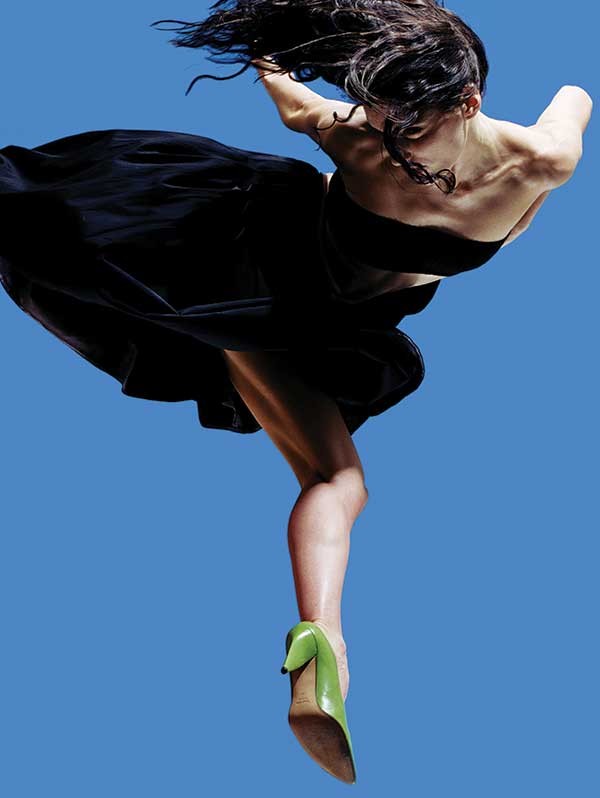 On Saturday, October 12, Dancers Responding to AIDS, the producers of the annual Fire Island Dance Festival, will turn their sights north to create a twin, an annual Hudson Valley Dance Festival, in a restored 19th-century warehouse on the Hudson River in Catskill. Proceeds from both events raise money for DRA, which is a program of Broadway Cares/Equity Fights AIDS.

Founded by former Paul Taylor Dance Company members Hernando Cortez and Denise Roberts Hurlin, (now the director), Dancers Responding to AIDS has raised over $3 million through its Fire Island festivals, featuring performances by world-renowned modern dance and ballet companies. The hope for the Hudson Valley Dance Festival is that it will be just as prodigious a fundraising event, with the proceeds going to (among other agencies), the AIDS Council of Northeastern NY, which provides services to more than 750 people living in the Hudson Valley with HIV/AIDS, providing access to medicines, counseling, meals, supportive housing, and emergency financial assistance, as well as administering a prevention program for at-risk individuals.

In what promises to be an evening of diverse, high-quality dance, the program includes some of the best dancers and choreographers from New York City: Ronald K. Brown's Evidence, the Stephen Petronio Company, Monica Bill Barnes & Company and Marcelo Gomes (principal dancer from American Ballet Theatre), presenting his witty romantic duet Endlos for ABT members Jessica Saund and Thomas Forster.

With works in the repertories of his Brooklyn-based company as well as dance companies worldwide, Ronald K. Brown's dances traverse the range from tragedy to ebullience, with an essence of spirituality. Combining influences from traditional Caribbean, Latin American, and African dance with urban dance, spoken word and his modern dance training, his choreographic style is hailed for its uniqueness. Brown will be performing with his company in excerpts from TORCH, an homage to dancer Beth Young, who passed away in 2012, set to music by female South African dance mix artist, DJ Zinhle.

Dancing in Trisha Brown's troupe for seven years, Steven Petronio began choreographing for his own company in 1984. A recipient of a Guggenheim Fellowship, he has been commissioned by some of the world's most prestigious dance companies and has collaborated with visual artists as varied as Cindy Sherman and Anish Kapoor, and musicians as diverse as Rufus Wainwright, Laurie Anderson, and Sheila Chandra. Known for edgy, angular, and sometimes risqué choreography, Petronio will be presenting excerpts from UNDERLAND, a dark, yet hopeful work to music by Nick Cave.

Theatrical, fey, and with a healthy dose of the comedic, Monica Bill Barnes's choreography has delighted audiences in New York City and afar. Her choreographic ingenuity is carried off with such aplomb by her quartet of female dancers that audiences are easily drawn into their wacky and whimsical world.

As one of the first communities struck by AIDS, dancers had to learn to care for their own. In 1988, as the disease became rampant in the dance and theater communities (taking ballet star Rudolph Nureyev, creator/choreographer of "A Chorus Line" Michael Bennett, and dancer/choreographer Alvin Ailey, among hundreds of others), performers banded together to create Broadway Cares/Equity Fights AIDS to raise funds via benefit events and collection buckets at performances nationwide. They have since collected over $225 million and awarded grants to over 450 service organizations throughout the US that help people with HIV/AIDS.

The Hudson Valley Dance Festival will take place on Saturday, October 12, at 5pm at Catskill Point. Tickets range from $40 to $250 (which includes cocktails and a post-performance reception with the dancers and choreographers at a private home in Catskill). (212) 840-0770x229; Dradance.org.