The striking aesthetic of a classic Airstream trailer is instantly recognizable; its sleek steel exterior and loaf-shaped design were crafted to be more aerodynamic than its counterparts. The company began using this design in the 1930s, and those manufactured in the mid-20th century coveted by many vintage collectors. These days it’s common to spot them resting in the backyards of original owners, long retired from the road, their insides inhabited by various vermin.

Enter designers and Airstream-enthusiasts Amy Rosenfeld and Ed Potokar, a married couple who began their labor-of-love business Hudson Valley Airstream, which refurbishes, customizes, and sells these classic finds. She, a creative director, and he, a sculpture artist and furniture designer trained in industrial design, use their combined skill set to breathe new life into decades-old trailers and transform them into modern, liveable tiny homes that sell for under $100,000—more or less depending on each trailer’s individual design and materials. Their customers typically use them as guest houses or rentals, although, with the surge in upstate relocations, and the drop in housing stock, they may become primarily residences for some. 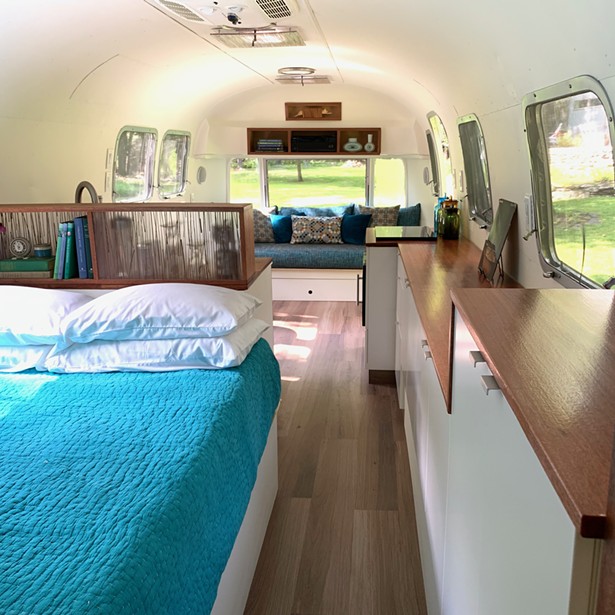 “We’ve always loved Airstreams; they’re so beautifully designed,” Rosenfeld says. “But many have been sitting in someone’s yard for 50 years and need a lot of work. Our goal is to repurpose them into homes people love.”

Twenty years ago, Rosenfeld and Potokar designed and built a house of their own in Accord as a place of respite from their life in the city, where they still maintain an apartment. This was followed by several other architectural projects, in which the couple learned more and more. A few years ago, they began searching for a way to flex those design-build muscles again on the side while still maintaining their other careers, and settled on Airstreams as a smaller, more manageable project size. 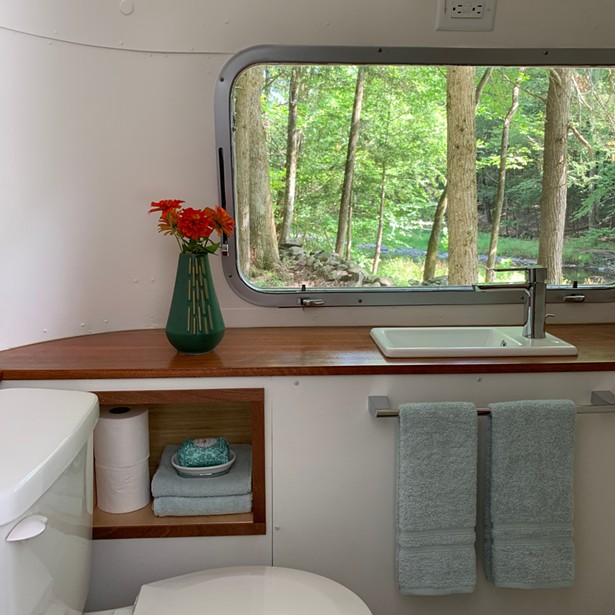 “We design them with electric hookup, so they’re not off-grid—and at 29 to 31 feet, they’re not very towable,” she explains. “But we’re finding that more people are interested in being up here with them, than taking them on the road.”

They both scout their own Airstreams and work with clients who need a makeover for their trailer. Each Hudson Valley Airstream project takes about nine months to complete and includes a full bathroom and kitchen, bedroom, air conditioning and heating, new electric, new insulation, and a reinforced exterior—contemporary comforts packaged with a vintage vibe. Potokar does the plumbing, electric, layout, and structural tasks, while Rosenfeld buys appliances and fixtures and designs custom furniture to fit the small spaces.

“An Airstream is a beautiful piece to start with, then we go in and make it even better,” she says. “We add options like Bluetooth and LED lighting and use green insulation. We obsess about every detail, from drawer pulls to sliding barn doors, and make them into proper homes with real plumbing and 110-amp service, instead of a battery, so you can have your sound-system, computer, and hair dryer running and not blow a circuit.”

Each project is named after a famous woman. An Airstream built in 1969—the year of Woodstock—is dubbed Janis after the famed late musician, and the sale included an image of Joplin at the fest. Roberta, a 1973 Airstream currently for sale, was built the year Roberta Flack’s song “Killing Me Softly” climbed the charts. An original record is included with the $97,000 purchase.

“I think people are drawn to Airstreams because there’s a romance to them; they’re stylish, but super practical,” she says. “They see an Airstream as a piece of design, art, and Americana that’s totally unique, that you can live in surrounded by nature.” 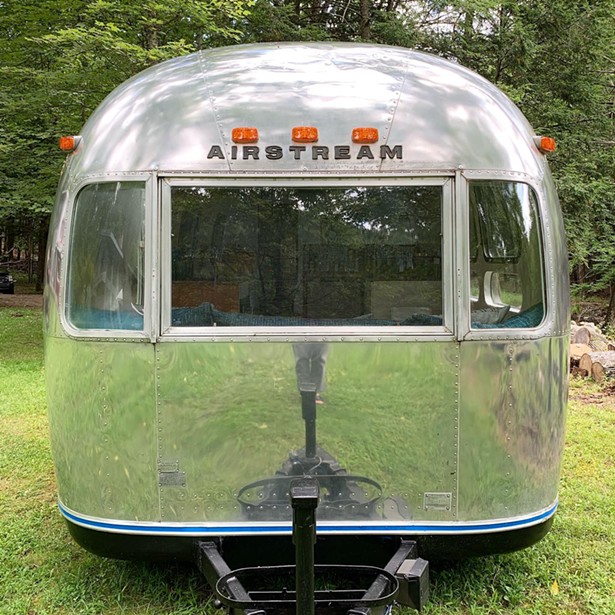