The history of Columbia County, which includes the City of Hudson, has long been defined by the region's geography. "There's the proximity to New York, and the Hudson River connecting the area to points north and south," says Diane Shewchuk, the Columbia County Historical Society's director and curator. "And at the same time, you have this huge agricultural community all around Hudson. [The county] has given us a president, Martin Van Buren, two state governors, Samuel Tilden and Martin Glynn, and [Pulitzer Prize-winning poet] Edna St. Vincent Millay. Before them were the Indians and the Dutch and English settlers." The area is unique for Upstate New York because in addition to its urban core, arterial river, and rambling farmlands, Columbia County encompasses many parks and nature conservancies and easy access to the Catskill and Berkshire mountains.

Energy with an Edge

Hudson has a tradition of radical transformation. Chartered in 1785, the port city was developed by the Proprietors, a group of wealthy New England merchants and whalers. The metropolis came within one of vote of being named the capital of New York and by 1820 had grown to become the state's fourth-largest city. As the whaling trade died out, Hudson became known as a center of gambling and prostitution—it hosted the largest red light district in the Northeast—a mantle it wore until 1950, when state troopers raided and shut down the numerous brothels that lined Diamond Street (now Columbia Street). Severe blight took hold in the 1960s and didn't begin to ease up until the 1980s, when a wave of antique dealers began opening shops on Warren Street, the city's main thoroughfare, and renovated several of the town's many stately Victorian homes. The city's new legacy as an antique hunter's nirvana continues unabated with stellar outlets like Arenskjold Antiques Art, Hudson Supermarket, 3FortySeven, Carousel Antiques Center, Skalar Modern, Stair Galleries, Vincent Mulford, Regan & Smith, Marc McDonald, and dozens more. Art galleries include Carrie Haddad Gallery, Limner Gallery, 510 Warren St. Gallery, Tom Swope Gallery, and many others.

"People thought we were crazy and taking a big risk when we bought this place, because it's on a truck route and away from Warren Street," says Linda Mussman, a paragon of Hudson's change-bringing older guard. She and her partner, Claudia Bruce, opened the performance arts center Time & Space Limited (better known as TSL) on Columbia Street in 1991. An outgrowth of the avant-garde theater company Mussman founded in New York in 1973, TSL presents indie and classic films, theatrical productions, youth and community workshops, and live HD simulcasts of the Metropolitan Opera.

One could say TSL and locally based performance troupe the Bindlestiff Family Circus deserve credit for nurturing the climate that attracted renowned performance artist Marina Abromovic, who unveiled plans earlier this year to remake a former theater and indoor tennis court into the Marina Abromovic Institute for the Preservation of Performance Art. With its remodeling being overseen by famed architect Rem Koolhaus, the facility is projected to open next year and sits next to another recent addition to the region's cultural lifeblood, community radio station WGXC, which broadcasts programs covering all styles of music, local and international news, community discussion, and experimental transmission arts. (The station also has studios in nearby Acra and Catskill.) Also on Columbia Street is Helsinki Hudson, an award-winning restaurant and nightclub that books top artists from around the world. Close to the riverfront and the city's Amtrak station is yet another venue and arts center, Basilica Hudson, a mammoth converted factory that hosts film and art events and concerts (recent acts have included Godspeed You! Black Emperor and Grimes). Just north of downtown is the FASNY Museum of Firefighting, which contains the world's largest collection of historic firefighting equipment and memorabilia. 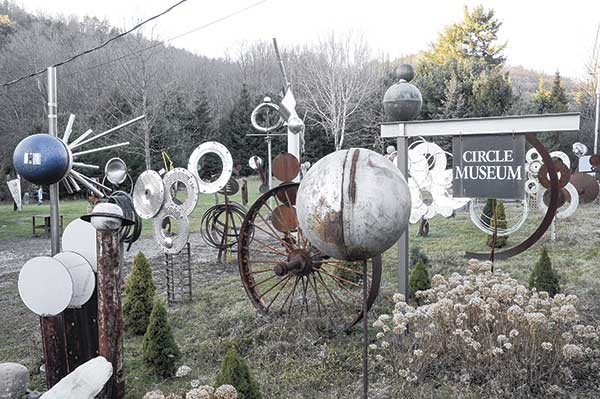 Among the new influx of entrepreneurial energy is Hudson River Tattoo, at the top end of Warren Street. For another kind of ink (and paints, papers, brushes, and canvases), the two most prominent art supplies outlets are the newly opened Sketch and the venerated bookstore/beer and wine bar the Spotty Dog Books & Ale. Hudson City Books deals in antiquarian volumes, while Hudson Wine Merchants and Key City Wine and Liquor dispense fine vintages from around the world and Vasilow's Confectionery further pleases the palate with exceptional handmade chocolates. The city is also home to an alluring array of clothiers that includes de Marchin, Look, Behida Dolic Millinery, and several vintage shops.

As a dining destination, Hudson is unsurpassed in the Hudson Valley in terms of restaurant choices. "For tourists it's unique to have so many great restaurants in one spot that's only two hours from New York and three hours from Boston," says Joe Fierro, the owner of American Glory BBQ, which opened in a former firehouse in 2010. "There're a lot of fine-dining places in Hudson but we're really the only family restaurant in town. People are happy to have somewhere they can bring the kids." Further exemplary eating establishments include the neighboring Swoon Kitchenbar, DABA, Ca' Mea Ristorante, Grazin', Cafe Le Perche, Le Gamin, and the Crimson Sparrow, opened last summer by chefs from New York's chic WD-50 (the same building also houses the artisanal bakery Loaf). Another top Gotham chef, Zak Pelaccio, of Fatty Crab fame, is currently renovating a former blacksmith shop as his newest boîte, reportedly to be called Fish & Game. Casual fare is served at Bruno's, Mexican Radio, Wasabi, Park Falafel and Pizza, and Tanzy's. Seasonal street food vendors include Tortillaville, Truck Pizza, and a new Indian cuisine cart. Hot beverages are had at Swallow, Nolita, Parlor, and Verdigris, while (p.m.) Wine Bar boasts tapas and wine. For accommodations, Hudson has the restored St. Charles Hotel and a considerable concentration of comfy B&Bs.

At 648 square miles, Columbia County encompasses nearly 30 towns and villages in the areas that surround Hudson. Each has its own charms and attractions and is well worth a visit. Ancram, a farming town at the county's eastern edge, is home to Hillrock Estate Distillery. The site's restored 1806 Georgian house was built by a grain merchant and Revolutionary War captain and overlooks the rolling barley fields that produce the ingredients for Hillrock's world-class small-batch spirits. Roll into Germantown, the residence of jazz legend Sonny Rollins, and you'll feel like you're back in the 1920s, thanks to period-accurate natural grocery Otto's Market and the recently opened Germantown Variety store. Locally raised and organic foods are also plentiful at Hawthorne Valley Farm Store in Harlemville, the environs of the progressive Hawthorne Valley School. For a glimpse of farming's past, Old Chatham has the history-rich Shaker Museum and Library. The crown jewel of Greenport is Olana, the breathtaking, Persian-style estate of Hudson River School painter Frederic Church. Striking, large-scale art is on view at Omi International Arts Center in Ghent, while Chatham has mainstream and indie movies in the restored Crandell Theater. The mouthwatering menu of Local 111, an acclaimed restaurant in the Village of Philmont, is as refreshingly innovative as the redesigned service station that houses it.

"Columbia County has more open space and undeveloped land than most other counties in the region and has had a much slower population growth," says Peter Paden, executive director of the Columbia Land Conservancy. "Its population is roughly a quarter of that of Dutchess County, and most of its farmland looks like it would've 200 years ago. For anyone who enjoys the outdoors and the kind of amenities you find in Hudson, I'd say Columbia County is hard to beat."