How to Grow a Victory Garden 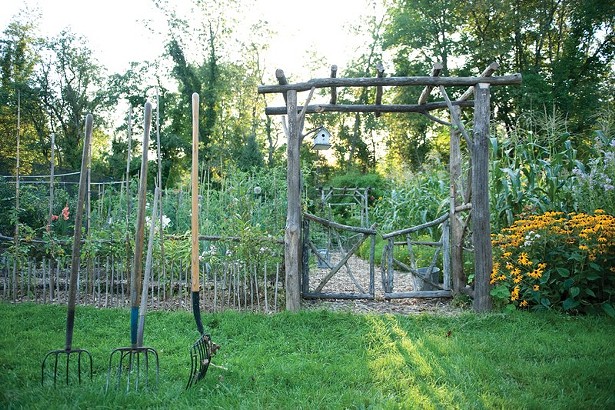 In the days leading up to World War II, the United States government encouraged massive growth in the number of private gardens in order to ease pressure on a national food supply that strained by one World War and the prospect of another. By 1943, these “victory” gardens—the work of three-fifths of the American population—were producing eight million tons of food a year.

The victory garden program was one of the most popular in the war period and provided seeds, fertilizer, and simple tools for gardeners. An estimated 15 million families planted victory gardens in 1942, and in 1943 some 20 million victory gardens produced more than 40 percent of the vegetables grown for that year’s fresh consumption. The majority of victory gardens were abandoned after the war, when food rationing ended and the new Interstate Highway System helped to develop our sophisticated national food distribution network.

Our food distribution network is strong and resilient, despite the pressures of the COVID-19, but in this time of uncertainty, reviving the home garden movement may be an idea whose time has come (again). As our politicians continue to employ war metaphors to describe the current “battle” against contagion, growing a bit of “victory” in our backyards will not only give us guaranteed access to healthy food, but it will also give us something to do with our idle hands and offer a welcome distraction from the isolating aspects of social distancing.

In late March, I spoke with Doug Muller, cofounder Hudson Valley Seed Company. The Hudson Valley Seed Company, based in Accord, offers 400 varieties of heirloom and open-pollinated garden seeds for purchase on its website, and has seen an uptick in sales over last year at this time. “More people are ordering seeds,” says Muller. “It’s clearly a reaction to anxieties about the supply chain.”

Throughout the spring, Muller will be doing live Q&A sessions on HVSC's YouTube channel with folks looking to scale-up their home gardens this year. Below are tips from Muller on starting a victory garden this year.

There are two fundamental questions Muller suggests gardeners ask themselves before they begin. One: What do I want to get out of my garden? Two: How much time, energy, and resources can I realistically put into maintaining the garden once it’s planted? The first question is about the content of the garden—what you want to plant (“Grow what you love the most!” Muller says), and the second is about investment over time. Given that many of us have found ourselves homebound due to travel restrictions, limited time resources may not be an issue this growing season.

Making a map of your crop plan will help you visualize your space and delineate short-growing and long-growing plants. “Define where your long-season crops like parsnips, celeriac, and Brussels sprouts are growing, as they’ll be in the ground the longest,” says Muller. You can plant short seasons crops like carrots, herbs, and lettuces around them.

Get Ahead of It

Muller says the time to plant is starting now, in late March. “We are at the beginning of the growing season,” he says. “You can start now and continue planting certain crops through August and September.” The Farmers' Almanac planting calendar tool lets you input your zip code and get a customized planting timeline for each crop based on your USDA hardiness zone.

Max Out the Calories

For most first-time gardeners, Muller advises starting small, but this year is different, and Hudson Valley residents want to get the most calories out their gardens. “Now people are thinking about calories and nutrition,” says Muller. “Growing for calories, however, does take more space. Corn and potatoes are space hogs.” Muller says that the crops that offer the most calories per foot are corn, potatoes, parsnips, rutabagas, and winter squash. (Parsnips are high in calories but don’t take up as much room.)

You can maximize your space by planting crops closer together, but your plants will need more nutrition—more compost is needed. If you don’t already compost at home (you should start now!) you can buy compost at garden centers. And finally, Muller advises: “Think about how to get calorie-dense crops in a different way: find local farmers to support.”

Although many gardeners this season will be hyper-focused on growing plants to eat, Muller advises people not to overlook the aesthetic and mood-enhancing benefits of non-edibles. “It’s really nice to have flowers in your garden, even if you’re growing a victory garden,” says Muller. “Flowers are a powerful spirit booster.”

What to Grow Indoors

If you don’t have an outdoor space where you can plant in the ground or in containers, you can grow food indoors, though the variety you’ll be able to grow is very limited. Muller suggests growing microgreens, which are range of greens—arugula, cilantro, radish—that are harvested after a week, as young sprouts. “After a week, the seeds have transferred all their nutrition into the leaves, so microgreens are very nutritious,” says Muller. They’ll do fine on a windowsill, as will herbs like rosemary and parsley, basil—if you have a very sunny spot.

The classic mistake people make (and I make almost every year) is being too ambitious and planting a garden that’s too big to manage over the growing season. “Most people are enthusiastic from now until the end of May” says Muller. “The grass isn’t growing very much. In June, as the heat builds and the rain picks up, weed growth accelerates dramatically.”

By the third week of June, the weeds take advantage of ideal growing conditions and grow so fast and it takes just or five days of interrupted growth for a garden to go from feeling under control to becoming a major problem to solve. Muller notes that this time in June usually coincides with the commencement of the summer activities season, which draws people away from their gardens and into pools, out to barbecues, and on vacation. Given the current pandemic, and restrictions on mobility and gatherings, gardeners will likely find more time this year to be in the garden.

To control weeds, Muller offers two solutions. One: Mulch heavily with straw to cover bare ground where weeds might germinate—this will keep them from popping up at all. Two: Cultivate around your plantings with a cultivating hoe to stir the surface of the soil every three to five days to break up the soil and dislodge the weeds.