The hottest new spot in Hudson is reservation-only and serves brunch two days a week. Home/Made Hudson, at 119 Warren Street, is a small space (formerly The Shaker bar) that is currently only open on weekends. That's because the dynamic duo who run it, married couple Leisah Swenson and Monica Byrne, are in-demand event planners who host functions at their Brooklyn warehouse, Atelier Roquette, as well as off-site both in New York City and upstate.

But this month, things are changing. As their hectic summer event schedule winds down, Byrne and Swenson have given up the lease on their city site, recently closed on a mini-farm in Germantown, and will now have more time to spend at Home/Made. But the couple are used to change, as the evolution of their business has had some dramatic twists and turns.

Swenson, a former stage manager for live theater, and Byrne, whose background is in the culinary arts and floral design, first opened for business in 2006 in Red Hook, Brooklyn. "We called it Tini Wine Bar because it was very small," says Swenson. "We had two hot plates, a toaster oven, and a panini grill from Target. Monica once cooked a seven-course meal for Valentine's Day with a hot plate and cast-iron skillet."

They then moved down the street, to a bigger place with a back yard, but it still sat only 20 people. In March of 2012, the building caught fire and they rebuilt. Then came Hurricane Sandy in October of that same year and the restaurant got wiped out again. In 2013, the couple opened their current event space and catering business, Atelier Roquette.

Byrne and Swenson were catering a wedding in Ancram in 2008 when they fell in love with Columbia County. After becoming weekenders, they found Home/Made Hudson's current location two years ago. "We looked in and saw that the bar was in place; every other place we'd built out from scratch. We didn't realize there was no kitchen," Byrne laughs, "but we'd already talked ourselves into it. In two weeks, we closed the restaurant in Red Hook [Brooklyn] and moved up here." The couple and their Instagram-famous pup (Blaze, a Golden Retriever) also rent the apartment upstairs and use the restaurant's backyard space to prep for events and grow fresh herbs.

"This space serves two purposes," says Byrne, "a base of operations for catering, and a showroom for our aesthetic and style." As the duo have slowly shifted their focus upstate, so has their business. Swenson now says more than half of their events are held locally. It allows their business, which already offers the services of food, design, flowers, and rentals, to provide even more help to clients, including hair, makeup, and other advice. The two have come to know the area better and can help visitors find more of what they're looking for right where they are. 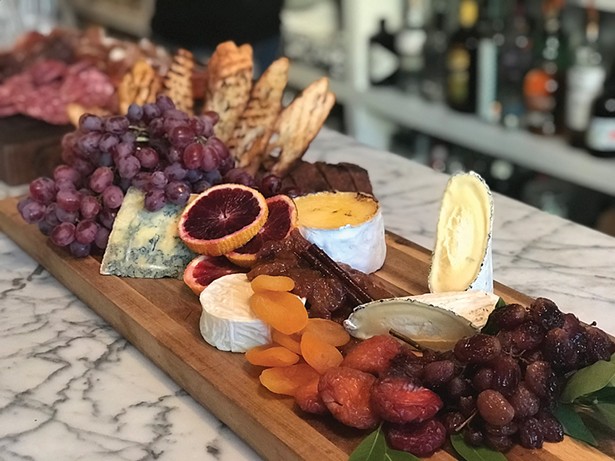 The addition of the Germantown farm (lovingly dubbed Farmette Roquette on Instagram) will eventually allow for some small rehearsal dinners and brunches in the property's barns, along with creative workshops, and, once spring arrives, will serve as a site for the couple to grow some of the flowers and herbs they use in their wedding and restaurant business.

As winter approaches, Byrne and Swenson will have more time to focus on Home/Made and hiring staff, which is in short supply throughout the region. For now, the restaurant is only open when its two owners can be there. Instead of serving as many people as possible, Byrne says, they want only to serve as many as can have a good time dining there. "When we're open, we're able to take really, really good care of people," she says. Adding unexpected touches, like steamed milk with your coffee and other little approaches, make guests feel special. She says she wants customers to feel like they had a 45-minute vacation when they dine with them.

"I love simple food prepared well," says Byrne. "Rustic pieces of toast, cheese, and produce, but I'm obsessive about attention to detail. Europeans have done this for generations. Something simple, done well, can be transcendent." 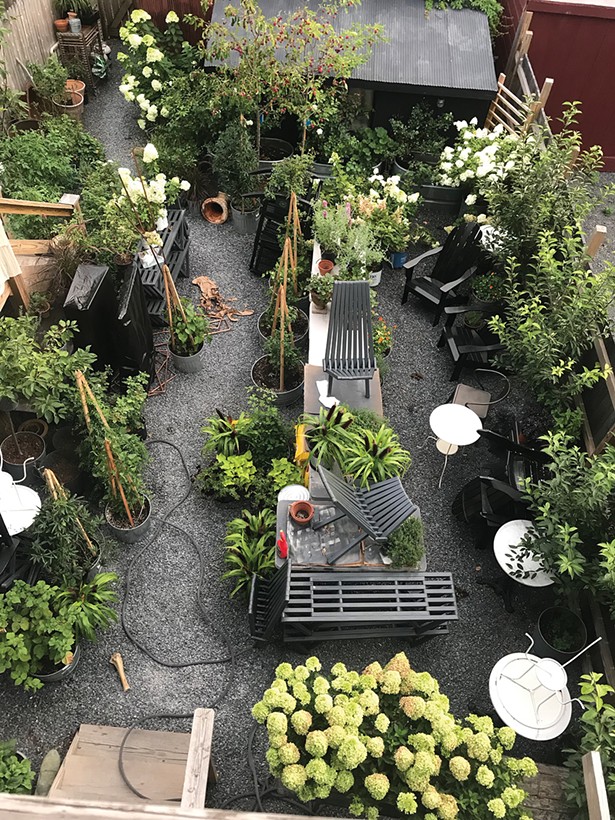 Some of the items on Home/Made's menu change weekly, and Byrne will add specials based on what's fresh in the region. Perfectly ripe local peaches with basil from the back garden, toasted dark bread and a spreadable sheep and goat cheese from Tasmania ($14) were offered on the day I visited.

Some menu staples, though, are always available. Egg scrambles come in a handful of choices ($14.50) including wild mushrooms and fontina; truffle and Parmesan Reggiano; and smoked salmon, dill, and goat cheese. Thick toasts with a parade of toppings, each more delicious sounding than the next, can be ordered with cardamom pecan honey butter or the restaurant's own citrus ricotta. There's also the spicy yet sublime n'duja with ricotta spread on local Sparrow Bush levain.

An open-faced BLT, prepared the Home/Made way, has been a hit, says Byrne. The sandwich begins with Sparrow Bush bread, to which is added thick double-smoked bacon, local tomatoes, basil aioli, and fresh greens ($14.50). Add a Letterbox Farm egg to it (or anything else) for three dollars more. Another popular item is the tomato cobbler ($14.50), a savory twist on the dessert dish, made with slow-roasted tomatoes, caramelized onions, and gruyere, and topped with fresh herb biscuits. (Swenson will strongly suggest adding an egg to this dish if asked.)

Those with a sweet tooth will not feel left out, as Byrne, a former pastry chef, supplies a rotating selection of scones, biscuits, and coffee cake with whichever fruits are freshest. But there's a good chance you'll opt for one of Home/Made's famous cinnamon buns, which Byrne says have a cult following. "They're as big as your head," she says, and are served warm, in a bowl, with cream cheese frosting melted right into it.

Come late November, Swenson and Byrne hope to expand the restaurant's hours to include dinner service. Home/Made has a full liquor license, and later hours would allow its selection of organic and biodynamic wines (one standout is the Soellner Gruner Veltliner 2017 Wogenrain, Austria, $11 a glass; $38 a bottle), local craft beers and ciders (a 500ml bottle of Suarez Family Brewery Merkel Cherry Beer, $20, is a tart, pink, adventure), liquors from upstate distilleries, and specialty cocktails to share the spotlight.

Just be forewarned, much like their weekend brunches, reservations will fill up quickly.