From Patience: Taking Time in an Age of Acceleration 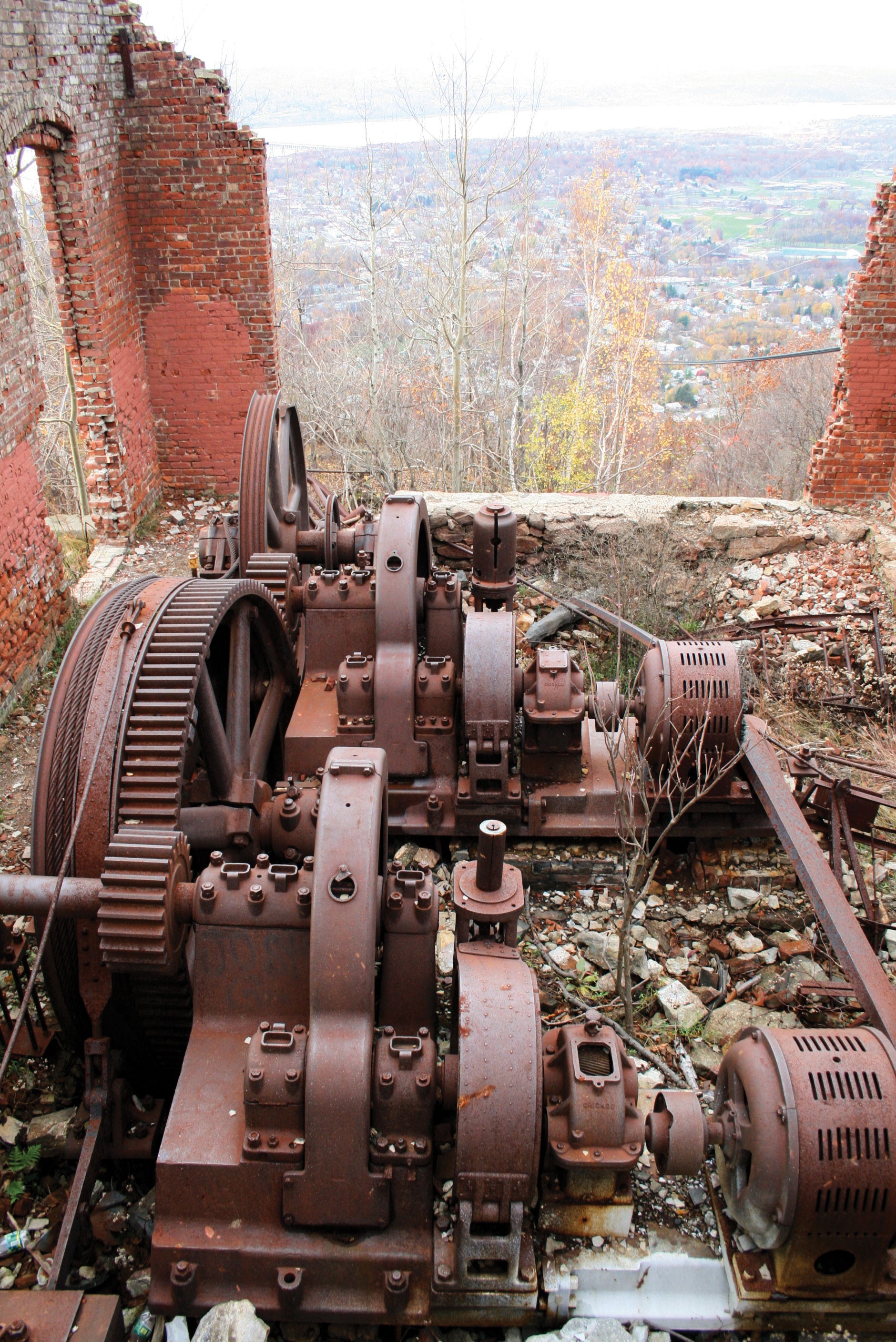 The switchback trail up Beacon Mountain threads its way through a forest of maple, hemlock, and oak, thickets of white birches or thin groves of black birches, their trunks etched with silver hieroglyphs. Laddered with roots, the path is carved by stone and strewn with rocks and gravel. Where the slope levels off, a bed of ferns has taken root. Every rift in the granite offers its own still life—a pocket of citrus-colored moss, or a handful of wild grass. A tiny, orange spider negotiates its way across both of these; a red eft scurries across an oak leaf in its own vignette of determination.

It’s a roundabout way to the summit. A century ago, an incline railway brought visitors directly up the mountain to a casino, an amusement park and dance hall, but what’s left of these now are only a few overgrown pathways, cracked concrete platforms, a grove of elm trees, some old stone walls, a few chunks of concrete steps. This afternoon, the remains of gaiety are simply a monarch butterfly, a stand of goldenrod, and the sound of wind rippling through the leaves of an aspen tree. The disintegrating brick walls of the powerhouse for the old railway read as a graph of decay, and inside, ferns and sumac bloom over the giant, rusting wheels and pulleys that once hauled the cable cars up the mountain. Its system of cogs and weights has been threaded with wild asters and purple clover. A random calligraphy of graffiti and wild ivy—that universal language of abandoned places—streams across the bricks themselves, which are now turning to powder while flakes of rust adorn the machinery.

Considering the carnival tents and gaming tables once poised on this arid ledge of the earth’s crust, I wonder at our abiding instinct to bring a sense of spontaneity to those places where it seems to least belong. Surely, among our transactions with the natural world, this is among the most inexplicable—odder than insisting that we can climb an icy cliff or maneuver a kayak down a thundering river is that impulse to bring a sense of play where it is most out of place. But it is probably more than the contrarian in us. For all its lightheartedness, play can be a driving force in endurance.

In her book, Rapt, Winifred Gallagher suggests that there are times in which play—that is, turning work into a game, a rote activity into something that engages the imagination—can be a way of focusing attention on the present moment. High achievers, she suggests, have this ability to construct little puzzles for themselves. Thomas Jefferson, when not occupied “with the demands of the Revolution or the presidency, for example, delighted in making and designing simple, useful things, such as keys and a plow.”

And, certainly, such play does well to occupy the mind in times of duress. Sometimes patience is simply a form of distraction, or what the ceramic artist Eva Zeisel calls “thought control.” Imprisoned by Joseph Stalin in 1936 for 16 months, 12 of which were spent in solitary confinement, Zeisel did not allow herself to remember the past or dream of the future. Instead, she designed a brassiere, did headstands riding an imaginary bicycle in the air, and played chess games with herself on a fantasy board.

I have encountered this intersection of patience and play before. When I was a child, during the time our family lived in Thailand, I contracted tuberculosis, an infection that sometimes prevented me from playing with my friends outdoors. On such afternoons, I would sit on the veranda with my nurse—a young, widowed Japanese woman who had come to our family in Bangkok after the war, leaving her own teenage children behind in Japan. We would sit together at a table, and she would teach me how to fold brightly colored squares of paper into all manners of boats, flowers, horses, birds, and cranes.

It wasn’t until decades later, when I was a mother myself, that I came to wonder about those afternoons. I don’t know whether she was rapt or practicing thought control, but I think it’s possible that folding and creasing and rearranging those squares of paper into their fantastic shapes was not only a way for her to engage a sick child, but also a way—through a combination of discipline, vivid imagination, and tactile ingenuity—to bring every part of her being to accommodate those ways in which her own life had been so unexpectedly rearranged, to use distraction to survive her separation from her family.

Now that impulse to sit in a room trying to make one thing become another, not with a piece of bright paper but with a word or a sentence, may spring from those afternoons on that wide veranda overlooking the lily pond, banana and mango trees, a wandering water buffalo or, possibly, a Buddhist monk in his saffron robe. And when I think of the magic with which she could string together a chain of shining birds, boats, and flowers, I realize how very little separates play from distraction, and how little difference there is between distraction and patience. It is natural to use play to stay with something we would be unable or unwilling to stay with otherwise, because it is possible for play to overlap with the repetition, discipline, and stamina required to solve a puzzle or to turn a square of colored paper into a crimson peony, a jade crane, or a turquoise rowboat.

Standing in the remains of the powerhouse, I look at what’s left of the old machinery. I know it is a matter of steel cables and pulleys, but when I think of those old photographs of crowds coming up the mountain to play cards, drink champagne, have beauty contests, I wonder if it isn’t really the sheer weight of their commitment to play that is pulling them up the incline.

Reprinted with permission from Patience: Taking Time in an Age of Acceleration, published by Sterling, October 2010. All rights reserved.