You are driving west on Route 17A when it happens. You've already officially entered the Town of Warwick, having driven through the picturesque village of Greenwood Lake, but suddenly you reach the summit of Mt. Peter where Kain Road intersects 17A and enter a different world.

Bellvale Creamery proudly beckons at the intersection, the lone ice cream shop seemingly ill placed atop the summit. Just steps from the Appalachian Trail, this simple shop manages to thrive on the solitude of this mountaintop. Walk just a few feet from the shop and look west and you are treated to a breathtaking view too perfect to be real. Spread out below you for miles in every direction is the beauty of the village of Warwick.

A Community in Bloom

While every community brags about being the very best community in which to live, Warwick has evidence to back up the claim. In 2010, Warwick was named Best Community in the international competition Communities in Bloom. In doing so, Warwick became only the second American village ever to win the award. "We were competing with villages and towns all over the world, and we got first place." Beams John Christison, proprietor of Yesterdays—an English/Irish restaurant and pub on Main Street, "A lot of that came from volunteers sprucing up the entire town and villages."

That large numbers of Warwick citizens would volunteer to help out is not unusual. In fact, civic participation is a hallmark of this bedroom community. A couple of blocks up from Yesterdays is a framed, hand-drawn Main Street business directory. "'Shop local, buy local' is huge here," says Nicole Repose, co-owner of Etched in Time Engraving. "The merchants on Main Street know their customers. When I first opened this business I didn't accept credit cards. Somebody would come in and say 'Oh, you don't accept credit cards,' and I'd tell them to just come back and pay for it later. People thought I was crazy. But I never had one person not come back and pay me."

Daniel Mack is the president of Community 2000, a forward-thinking organization that began in 1993 based on the idea of creating a entity that envisions a positive future for Warwick rather than one created to complain about current problems. A resident for 25 years, Mack, a furniture maker and architectural consultant, believes one of the reasons Warwick has been able to resist the march of development that has overtaken up so much of the Hudson Valley is its geographical isolation. "It's relatively difficult to get to. We're not near any major highway," he says. "Warwick is kind of a little blip in time. It's given us a chance to watch what's happening in Rockland County, in Bergen County, and make some preemptive moves about zoning, land use, and preservation of farm land."

Walking down Main Street or one of its side streets, you are struck by how Norman Rockwell would be hard pressed to find a better example of Americana. One of the reasons is the abundance of independently owned shops lining the streets. There is no Walmart, no Staples, no Best Buy. And that's entirely by design. Residents, intent on keeping these big-box stores out of Warwick, swamp public hearings to make their voices heard.

Warwick is a town where people settle and stay. Christison, whose Yesterdays has been a Warwick staple since 1984, is now serving his third generation of patrons. There are people who've lived all their lives in the Village and know every back road, every person who lives here. Repose says, "Warwick's one of those communities where the kids grow up... then they come back here to raise their families."

Families are important in Warwick. Its school district is one of the highest rated in Orange County, and the community goes out of its way to provide children with an enriching, positive place to grow up. "I think that everybody, as parents and as community leaders, is striving so that no teenager ever says there's nothing to do." Says Eileen Patterson, Chair of Warwick in Bloom—the organization that spearheaded the effort to win the Communities in Bloom competition.

"It is the closest you can get to New York City with a fabulous school system and a rural feel." Says Heide Moeller, real estate agent and proprietor of Collage, a community art gallery on Railroad Avenue in downtown Warwick. 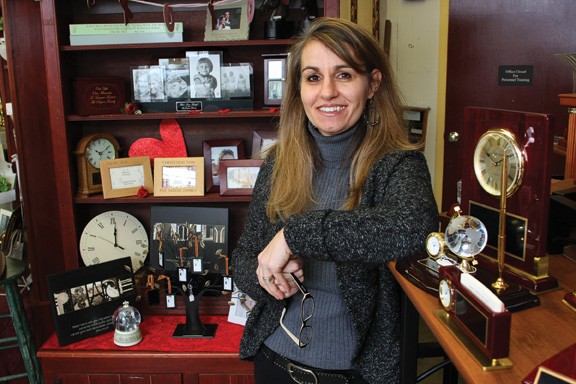