Here's Where to Spend New Year's Eve in the Hudson Valley 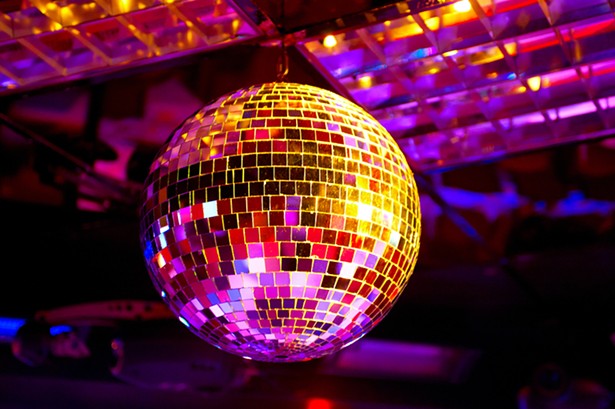 With every biblical plague from fire to flood, and some distinctly modern atrocities to boot, 2018 has been an ass-kicker, and most of us are eager to leave it in the dust. Let's turn our collective suffering into celebration and hope for a better new year. Even though December 31 falls on a Monday this year, there are plenty of places throwing down. Bolster your spirit this New Year's Eve with music, champagne, and camaraderie at these Hudson Valley venues.

With Bohemian Rhapsody hitting theaters nationwide earlier this year, everyone's got Queen on the brain. This cover band, dressed head to toe in genuine costumes, brings the rock all-stars' signature four-part harmonies and classic tunes to life at the Paramount Hudson Valley Theater.

If you're feeling the need to shake off the heebie jeebies of 2018, head to the Ashokan Center. New Year's Eve festivities kick off with a family style buffet at 6pm, followed by a rocking party with two dance halls, featuring swing, Cajun, and waltzes in one room and contra and square dancing in the other—followed by late night Zydeco in the upstairs lounge.

Savor the sweet pairing of cider and mystery in at Bad Seed Cidery in Highland with a classic game of whodunnit. Come dressed to the nines and ready for an evening of crime solving, food tasting, and an open bar. The first round of kicks off at 5pm The second round is at 9:30pm and includes a champagne toast and ball drop at Midnight.

If you are over the crowds and the loud music, this lovely prix fixe feast at The Windham Local may be just what the doctor ordered. Enjoy five courses made with local meat, dairy, produce, and wild-foraged Catskills mushrooms. You may either select a wine or beer pairing, or order beverages a la carte.

Daryl's House: Tramps Like Us: A Bruce Springsteen Tribute

Well if you can't ring in the New Year with The Boss himself, the planet's most revered Bruce Springsteen Tribute band is a pretty good second choice. Tramps Like Us has over 20 years' experience bringing Springsteen cannon to life for live audiences around the world. Go to the early show at Daryl's House and be snug in bed by midnight or catch the later set stick around for the dawn of 2019.

The Falcon will be vibrating upstairs and down on New Year's Eve. Head to the main stage to see Ed Palermo host a hilarious, music-laced, sham awards ceremony—The Eddys, A Night of a Thousand Jerk-Offs—with guest host Napoleon Murphy Brock. Downstairs at the Falcon Underground, the Chris O'Leary Band, a six-piece blues ensemble, will deliver the crowd into 2019 with a high-energy serving of New Orleans-flavored blues and rockabilly.

Head to Helsinki Hudson for a night of rockabilly dance music. The Chops n Sauerkraut Trio, a regional honkeytonk outfit, will be playing a mix of original tunes and rock classics. Local favorites Lara Hope & The Ark Tones will dish up their signature mix of rockabilly, rock 'n' roll, R&B classics, and standards for a rip roarin' night on the dance floor.

Follow up a delicious five-course prix fixe meal with a three-band blues extravaganza at Towne Crier Cafe. Local legend Slam Allen will deliver his high-energy blend of blues, soul, and R&B, with a sprinkle of rock 'n' roll. His band is joined on stage by local songstress Willa Vincitore, whose versatile voice trills through pop hits as easily as it can belt original blues and soul numbers. Dan Brother Band, another icon on the local blues scene, will dish up more groovin' funk beats and moody blues for a sultry evening of music and dancing.

Enjoy a full cocktail hour with passed hor d'oeuvres, and at 9pm, settle in for a full service three-course dinner with wine pairings at Bear Mountain Inn. A live DJ will be spinning dance tunes until 1am, with a pause for the New Year's Eve countdown and champagne toast, party hats and noisemakers included. With five hours of open bar you may want to consider renting a room at the inn (ask about the 15% discount).

Named "Best American Restaurant" by Hudson Valley Magazine in their first year of operation, Heritage has established itself as a major player on the local food scene. Reserve your spot on New Year's Eve for three hours of passed hor d'oeuvres and open bar, a resplendent Venetian dessert table, and a rocking DJ dance party. Don some party props and head to the photo booth, or mingle outside in the heated outdoor cigar bar.

With NRBQ, you never know what to expect out of a show. Over the band's nearly 50-year career, they have come be known and loved for their spontaneous and high energy performances that span the genres from rock to jazz to Beatles-inspired pop. Head to Infinity Hall to be pleasantly surprised on New Year's Eve.