Mid-July is looking mighty fine with these fine activities to check out.

Here’s some (live!) music to put a smile and your face and a spring in your step: the sweet, sublime sounds of the Quebe Sisters Band, who will visit Daryl’s House in Pawling on July 14 at 7pm. The vocals-and-violins trio’s angelic, old-time-jazzy harmonies recall the heavenly harmonies of the Andrews and Boswell sisters, while their acoustic musical setting draws from the Western swing traditions of their native Dallas, Texas. Essential Americana that’s not to be missed. All ages are welcome. Tickets are $30. 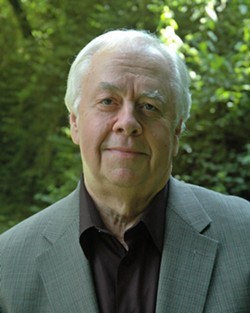 Many know Ira Joe Fisher as the genial CBS weatherman with the gift of being able to write backwards on Plexiglas during his reports. But Fisher’s writing talents don’t stop there: The Emmy-winning broadcaster and college educator is also an accomplished author and poet. On July 15 at 7pm, Fisher will present an online program via the Butterfield Library in Cold Spring that features his own poetry and selections from some of the masters. A Q&A will follow the reading. Free with registration at the library’s website events calendar. 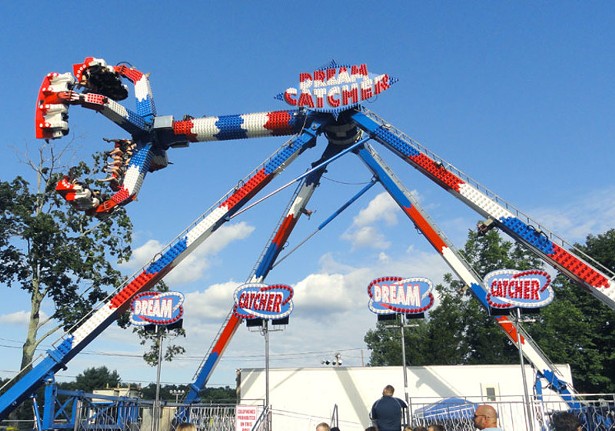 Bard SummerScape favorite Justin Vivian Bond will return to Annandale-on-Hudson for the college’s long-anticipated annual summer arts festival for performances on August 15, 16, and 17 at 7:30pm. Titled “Your Auntie Glam’s Midsummer Flutter By,” Bond’s new show will be staged outdoors at Montgomery Place (just south of the Bard campus on River Road) and also stars long time collaborators Matt Ray, Nath Ann Carrera, and Claudia Chopek. Tickets are $45 for a one-to-three-person pod or $90 for a three-to-six-person pod.

On July 16 at 9pm (doors at 7:30pm), the Woodstock Film Festival will present a drive-in screening of producer Jeremy Workman’s new documentary Lily Topples the World at BLUEprint, the new outdoor venue in the parking lot of Tech City in Kingston. The film follows 20-year-old Lily Hevesh—the world’s greatest domino toppler and the only woman in her field. A Q&A with Workman will follow the showing. Tickets are $15 per person via the WFF website. Food and drink will be available for purchase from Kingston Bread + Bar. 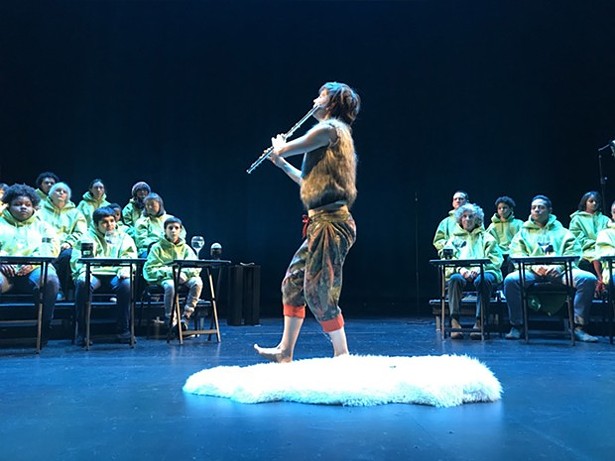 It’s been too long without Broadway, so here’s something to tide over theater geeks: a live production of composer Marcos Balter’s modern opera “Pan” at PS21’s open-air Pavilion Theater in Chatham on July 16 at 7pm. Directed by Doug Fitch and led by MacArthur Fellow flute soloist Claire Chase, “Pan” is described as a “celebration of the post-pandemic rebirth, nature and community” that details the life of the titular Greek deity and connects it to contemporary life. Tickets are $20-$160.

Stone Valley Orchard in Stone Ridge will present the only New York-area appearance of roots-Americana breakout star Amythyst Kiah on July 17 at 3pm. A member of the all-women-of-color supergroup Our Native Daughters, Kiah will perform songs from her new collection, Wary + Strange, which marks the glorious collision of the iconoclastic alt-rock that first sparked her musical passion, and the roots/old-time-music scene where she’s found roaring success in recent years. All ages are welcome at this socially conscious, safe, and COVID-19-compliant event, and proceeds for the show will benefit the Hudson Valley LGBTQ Center. Tickets are $30.

According to the Flow Chart Foundation, which is focused on preserving and furthering the legacy of poet and Hudson resident John Ashbery, the Asian-born art of neo-benshi “is when poets and performers remove the dialogue from movie clips and replace it with their own—singing, dancing, reading right out loud in front of the screen!” On July 17 at 7pm, Flow Chart Cabaret Cinema will return to Hudson Hall to host “A Night of Neo-Benshi” that includes uproarious re-invented movie scenes culled from the likes of North by Northwest, Close Encounters of the Third Kind, Gilda, Sissy Boy Slap Party. Performers include Davon, Brandon Downing, Michael Gottleib, Aristilde Paz, Justine Kirby, Jeffrey Lependorf, Stephen Merritt, Marianne Shaneen, and Edwin Torres. Tickets are $15.