"The Origin of Love" at Spiegeltent

If you've ever longed to relive the unbridled thrill of seeing either the stage production or film version of "Hedwig and the Angry Inch" for the first time, John Cameron Mitchell will be bringing "The Origin of Love: The Songs and Stories of Hedwig" to Spiegeltent as part of Bard College's SummerScape for a rare one-night-only show on July 27.

Mitchell, the Tony Award-winning, Golden Globe-nominated cocreator of the renowned musical, will take audiences on an intimate and hilarious journey through just over two decades of life with Hedwig. The performance was described by DC Theatre Scene as "a punk-rock live 'Behind the Music' episode," featuring songs, storytelling and, if we're lucky, crowd-surfing. 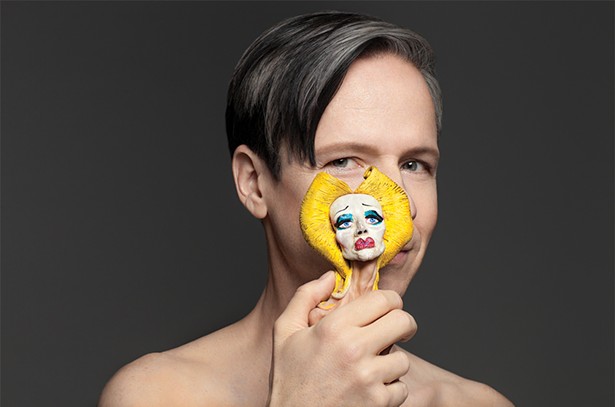 "Hedwig and the Angry Inch" opened off-Broadway in 1998, following the trials and tribulations of genderqueer glam rocker Hedwig Robinson, the East German immigrant in a flashy band. The musical grew in popularity, moving to London's fabled West End in 2000, with productions staged around the world, before finally landing on Broadway in 2014 with Neil Patrick Harris in the role of Hedwig. A critically acclaimed film version released in 2001 has gone on to achieve cult status and remains popular today. Suffice to say that Hedwig has a great many more fans in real life than in the dramatic story first—and now once again—told by Mitchell.

The summer-long Spiegeltent festival seems an ideal fit for "The Origin of Love: The Songs and Stories of Hedwig," with its fun, bright, glamorous, and theatrical programming. This year, the schedule boasts a wide range of performances and dancing with a strong cabaret lean. Even the history of the Spiegeltent, literally Dutch for "mirror tent," which stretches back to Belgium over a century, seems particularly well-suited to the beguiling excess dripping from every inch of the Hedwig character. "The Origin of Love" features a live band, guest vocals by Amber Martin (House of Whimsy), a mutable costume that transforms into different outfits, and, most significantly for some, an updated, gracefully-aged version of the famous Hedwig wig.

Anticipate hearing numbers from the Hedwig songbook, written by Stephen Trask, including "The Origin of Love," "Wig in a Box," and "Wicked Little Town," along with the stories of their inspiration. And if previous performances are anything to go by, expect an encore featuring songs from Mitchell's newest work, "Anthem: Homunculus." The serial musical, written in collaboration with Bryan Weller, concluded last month as a 10-episode podcast on the Luminary app and featured the talents of Mitchell alongside Glenn Close, Patty Lupone, and Cynthia Erivo.

"The Origin of Love: The Songs and Stories of Hedwig" comes to Spiegeltent on Saturday, July 27 for two performances, at 7pm and 9:30pm. Tickets range between $45-$100.