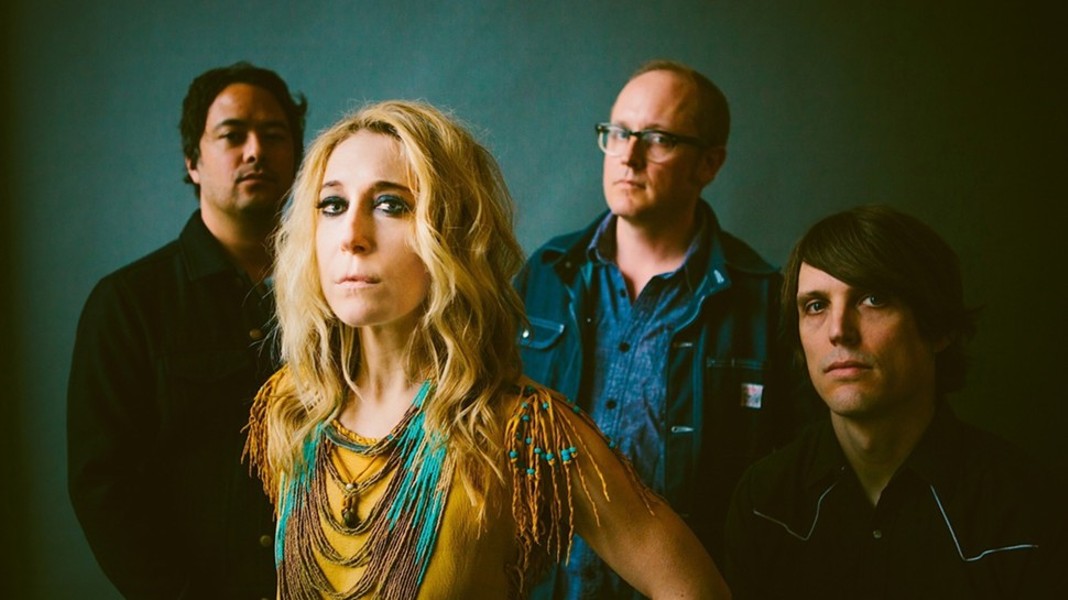 It’s a personal kick when I watch bands from my old hometown of Cincinnati, Ohio, blowing up. Back in the ancient 1980s I was nightclub promoter there and had a stage-side seat during the ascendancy of the Afghan Whigs and Chuck Cleaver’s pre-Wussy outfit the Ass Ponys. Since then have come the National (whose Bryce Dessner now lives in the Hudson Valley) and Heartless Bastards, who play the Bearsville Theater on September 13 in support of their fifth album, Restless Ones (Partisan Records).

Formed in 2003 by the nucleus of Erika Wennerstrom (vocals, guitar) and Dave Colvin (drums), the group was picked up Fat Possum Records for their 2004 debut Stairs and Elevators, which pulled in emphatic reviews in Rolling Stone and the Village Voice. The band steadily became a sizeable draw on the touring circuit and was soon playing on Late Night with David Letterman and making other high-profile appearances.

Here’s promo video for Restless Ones’ “Gates of Dawn”:

Heartless Bastards and special guests Alberta Cross will perform at the Bearsville Theater in Bearsville, New York, on September 13 at 7pm. Tickets are $25. For more information, call (845) 679-4406 or visit http://www.bearsvilletheater.com/.