Heartbeat of the People

In 1978 The Lakota Sioux Indian Dance Theatre was founded on the Rosebud Reservation in South Dakota to share the Lakota artistic and cultural legacy, as well the tribe’s hardships, with audiences across the country. They will perform their show “Cokata Upo!” (meaning “come to the center”), at the Bardavon in Poughkeepsie on Friday, November 12.

The virtue and beauty of Indian culture in the Great Plains is portrayed through music, elaborate storytelling, spectacular video imagery, and symbolic tribal dance sequences. The traditional choreography is performed in tribute to the people of their historic nation. The tribal performers wear brightly colored outfits with geometric shapes and intricate beadwork that are their regalia of their merit. It represents who they are in the society, whether it be a veteran, distinguished person, or a depiction of their family.

Henry Smith, founder and artistic director, says the performances surpass superficial portrayals of Native American lifestyles. “It’s really a celebration. The dancing is so powerful and the singing, drumming, and everything transforms you,” he said. “The drum beat takes you to another place, [it] is the heartbeat of the people. Just hearing that incessant beat over and over puts you in a place where you can receive awareness.” 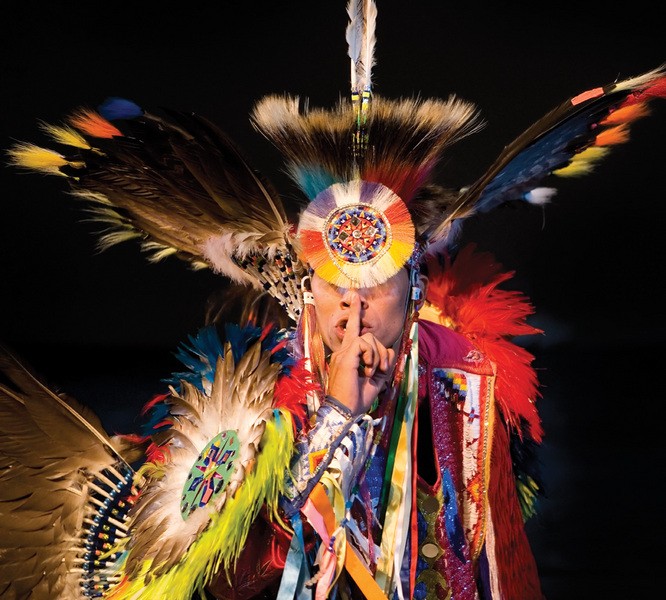