Healthy to the Bone 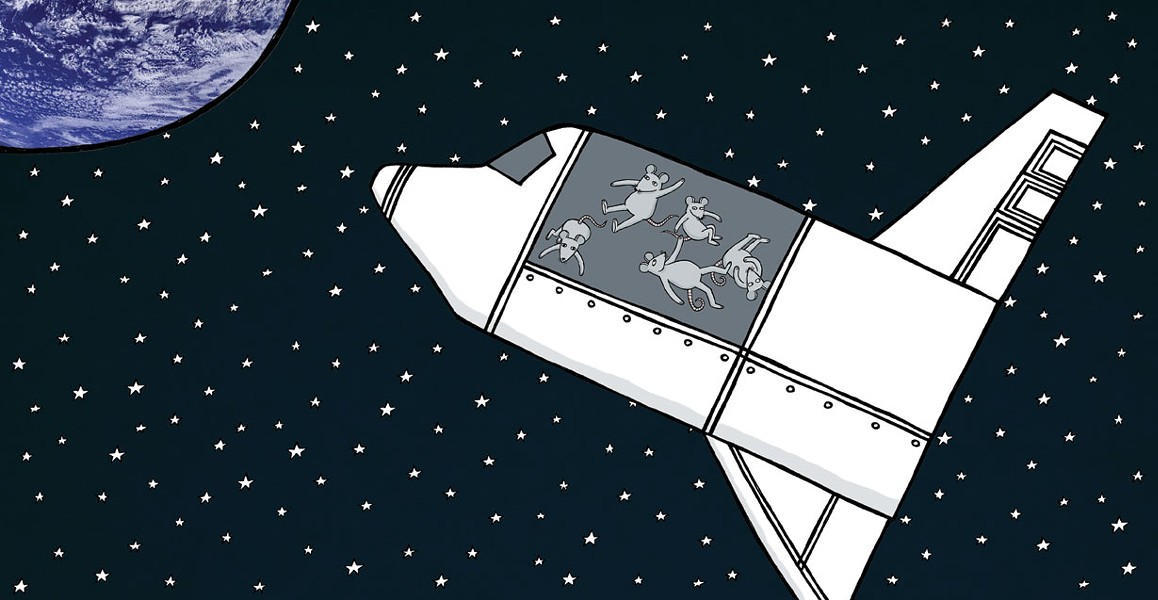 Katherine Walker was always healthy and strong. “I’ve chopped my own wood, carried the wood. I’m a Woodstock woman,” she says. “I grow my own food, eat kale every day from my garden.” So she was shocked when, after a routine DEXA bone-density scan at age 60, Walker was told by her doctor that she had severe osteoporosis. A T-score of -3.5 meant that her bone mass was well below average, rendering her limbs the thin, honeycombed aspect that’s more vulnerable to fractures. “My diet was good, and I was taking supplements,” she says, like an innocent shouldering the blame for someone else’s complicity. Yet in retrospect Walker recognized a few telltale signs. She had always been slender, small-boned, and pale. Her menstrual period had arrived late, at age 14, another risk factor. Walker’s mother had osteoporosis, as did some of her aunts. “They say it’s a skinny white woman’s disease,” she says, “though I’ve seen other types who have it.”

Walker (whose name has been changed by request for this article) is lucky—most people don’t discover they have osteoporosis until they have broken a limb. A silent condition in which bones can lose up to one-third of their density to become slight and weak, osteoporosis most commonly presents in postmenopausal women, when a drop in estrogen can rob the skeleton of its sturdiest minerals. Yet the disease doesn’t just affect females; of the 10 million Americans diagnosed with osteoporosis (and the 44 million with low bone mass), about 20 percent are men. DEXA bone scans have become a standard recommendation for women over 60 and men over 70. According to the National Osteoporosis Foundation, the cost of osteoporosis-related fractures in this country will total $25 billion by 2025. The specter of the broken hip haunts osteoporosis patients most of all, as 24 percent of those age 50 and older die in the year following a hip fracture.

Yet there’s good news, too, for them bones. Scientists and doctors are coming up with more novel ways than ever to offset or even reverse the ravages of osteoporosis. Today’s research has migrated from the laboratory to the yoga mat and even beyond Earth orbit. It could be that downward-facing dogs and mice in space hold promise for people like Walker to escape an increasingly fragile world and stay healthy and safe.

STRIKE A POSE, BUILD YOUR BONE

About five years ago, Dr. Loren Fishman had a hunch that his patients with low bone mass just might benefit from his contagious passion for yoga. The bow-tied, Oxford-educated doctor—a weekend resident of Dutchess County who has a Manhattan practice in physical medicine—has been doing yoga since the 1970s and spent a year studying with guru B. K. S. Iyengar in India. In 2007 Fishman recruited 19 patients to participate in a pilot study on yoga and osteoporosis. After receiving preliminary DEXA bone scans, 12 patients were instructed to practice a sequence of poses for 10 minutes a day; a control group of seven patients did not do any yoga. After two years, says Fishman, “The difference was dramatic. The yoga patients gained about six-tenths of a point on their T scale for the spine and almost a full point (nine-tenths) on their hips. So they really did get stronger.”

Emboldened by the results, Fishman initiated a broader study in 2009 that administers calcium and vitamin D supplements along with a daily dose of yoga. “Now we’re going head to head with the drug companies,” he says. Though Fishman is only three years into the five-year study, preliminary findings are positive. Out of the 400 participants from around the world, “Some people are no worse but they’re no better; they’re holding their own, which is very good because most osteoporosis patients are losing bone,” says Fishman. “Only one patient lost bone, but many gained bone. I had one patient who gained 8 percent of her bone mass in two years. That’s a lot. She was thrilled.” In the meantime, Fishman coauthored the book Yoga for Osteoporosis with yogini Ellen Saltonstall.

Asked about other osteoporosis treatments and medications, Fishman says, “I prefer yoga. It has very few side effects and a number of extra good effects. We have over 49,000 hours of people doing yoga, and no one has broken a bone. Yoga gives you better posture, a sense of grace, better coordination, improved balance, and reduced anxiety. These five things are really important for avoiding fracture.” Fishman contends that yoga is a stronger stimulus for building bone than weight-bearing exercise. With yoga, says Fishman, “You’re opposing one group of muscles with another group, so you’re multiplying the force of gravity many times over. Yoga makes the bones respond much more strongly than just gravity alone.”

ROCKETING TOWARD A CURE

Astronauts can tell you all about bone loss and gravity—or the lack of it. Rapid bone loss, or accelerated osteoporosis, is one of the key medical risks for astronauts on extended space missions. During just one month in microgravity, an astronaut can lose one to two percent of his or her bone density—about five times the rate of bone loss experienced by postmenopausal women here on Earth. With NASA looking toward a future interplanetary mission to Mars, scientists have kicked osteoporosis research into high gear, and the findings could help individuals both Earth-bound and star-reaching.

Last July, 30 mice were turning somersaults in a specially built habitat aboard the space shuttle Atlantis, which was making its final voyage to the International Space Station. Sent by scientists and the pharmaceutical company Amgen, these tiny passengers were on a mission to test a new drug that could powerfully reverse the bone loss associated with osteoporosis. “Most existing osteoporosis therapies only prevent bone resorption and don’t help build new bone,” says Ted Bateman, PhD, the study’s lead researcher from the University of North Carolina, Chapel Hill. “This one is different because it actually increases bone formation.” Bateman explains that the drug is an antibody to sclerostin—a protein expressed by osteocytes, the cells in bones that respond to mechanical loading. When mechanical loading (from gravity or exercise) is reduced, sclerostin increases, sending the signal to halt bone formation. The new drug, says Bateman, “blocks these higher sclerostin levels, tricking the body into thinking that mechanical loading has gone up and that new bone needs to be formed.” The official findings won’t be published until September, so Bateman can’t divulge every detail of the study or the drug’s potential side effects. Yet he hints that the results are positive—part of the long, gravity-laden road toward FDA approval.

Every medication has its risks—and that’s why, initially, Katherine Walker decided to try a natural, drug-free approach to treating osteoporosis. After her diagnosis, she loaded up on supplements and continued her active lifestyle. Yet two years later Walker was disappointed to learn that her condition had gotten worse: She had lost more bone and was now a frightening -4.5 on the T scale (normal is -1 or higher). Following her doctor’s advice, she started taking Fosamax, one of the widely prescribed bisphosphonate medications that, while they do not help build new bone, can halt further bone resorption. She also got more serious about exercise, taking Pilates and yoga classes, walking with ankle weights, and riding her bike in summer. “I worked hard,” she says. A year later, Walker saw improvement: She had climbed to -3.8 on her T score.

For Walker the difference was slight (“All this and I only got better by 3 percent!” she says), but for experts like Jeri Nieves, MD, any improvement is a triumph. Says Nieves, director of bone density testing at Helen Hayes Hospital in West Haverstraw and an associate professor of clinical epidemiology at Columbia University, “Unfortunately, once an older person has lost bone mass there is little they can do to completely regain it. Successful treatment is often no further loss of bone.” For this reason, she adds, prevention is key. “Everybody needs to do certain things to take care of their skeleton at all ages,” she says. “Exercise that’s good for the skeleton is weight-bearing, but that doesn’t mean lifting weights. It means carrying the weight of your skeleton, whether it’s walking, dancing, bowling, or golf. The important thing is to be on your feet and moving.” Nieves notes three other proactive choices to protect bone health: not smoking, drinking alcohol in moderation, and eating a healthy diet.

It’s widely understood that vitamin D and calcium support bone health—yet most people don’t know the most effective ways to get enough of either nutrient. “Fortified milk has only 100 IUs [International Units] of vitamin D per cup,” says Nieves. So in order to get the recommended 600 to 800 IUs, “we’re talking six or more glasses of milk a day, and that’s just not going to happen.” As a safeguard, Nieves thinks that most people should be taking a supplement such as liquid vitamin D drops. “There are signs that if you have higher levels of vitamin D in your blood, you are less likely not just to fracture but to fall,” Nieves explains. “Vitamin D may actually impact muscle strength.” When it comes to calcium, however, Nieves advises differently: Get it through food. “You have a good chance of getting a fair amount of calcium from your diet by making little changes, such as switching to calcium-fortified orange juice and eating yogurt and dark green leafy vegetables like bok choy, broccoli, collards, and kale.” More calcium is not necessarily better; excessive intake has been linked to an increased risk of prostate cancer, heart disease, and kidney stones. “All of this can be prevented by getting calcium primarily from food.”

THE FUTURE OF BONE HEALTH

Chopping kale in her kitchen, Walker recounts a terrifying moment in her osteoporosis story. “I had a bad fall about a year ago,” she says. “I slipped on something in my garage and fell really hard on my elbow and right hip. I thought, “Oh no.” And you know what? I was fine.” Walker’s story might flummox most doctors, who would expect bones like hers to break as easily as dry kindling. Yet it turns out there’s another measure of the bone health, which the medical community is only just beginning to consider: bone quality. Says Fishman, “Bone quality involves some amount of the density of your bone, but it also involves your internal structure, which is quite different from person to person. Anywhere from 40 to 60 percent of your bone strength is not bone density but rather the structure—the latticework that holds the bone together. It can be feeble and flimsy or it can really be strong.” Fishman believes that exercise can help. “It’s not well understood yet,” he says, “but that’s where the research is going now.” In the meantime, he suggests, try downward-facing dog.