Guerrillas in Our Midst 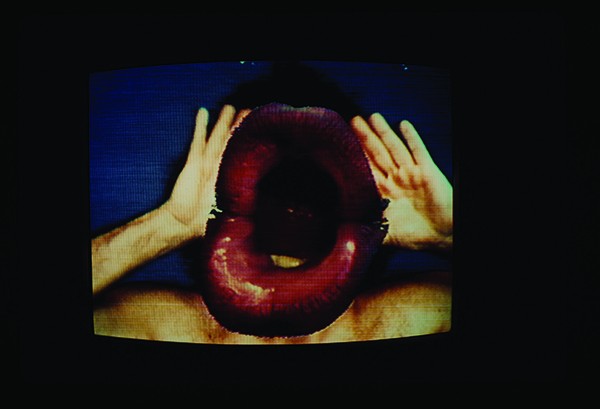 Video is a relatively new medium (the first videotape recording was made 64 years ago), but already it has a history. The Hudson Valley lays claim to a vital piece of that history: the first pirate television station in the United States (and perhaps the world!). The Videofreex collective, which broadcast in the tiny hamlet of Lanesville from 1972 to 1977, is the subject of an exhibition at the Dorsky Museum in New Paltz opening on February 7: "The Art of Guerrilla Television."

The story of the Videofreex begins at the Woodstock Festival of 1969. Parry Teasdale arrived at Bethel with a portable video camera, and soon met David Cort, who was similarly equipped. Video is an inherently collaborative medium, and the two began working together. Significantly, they avoided the iconic images of Woodstock. Instead of wailing guitars, this collective-of-two recorded the compassionate tedium of the first-aid tent.

Video gravitates toward the personal. Film directors love shooting vast landscapes; videomakers love meeting new people. (Also, at that time videotape had poor sound quality—and was in black-and-white!) But once Teasdale and Cort had captured the hidden side of the Woodstock Festival, where could they show it? In 1969 three networks controlled all of television. Back in New York City, the Videofreex inherited a Soho loft where they showed videos once a week.

They were gentrified out of New York before it was popular—in 1971. Their loft was getting expensive, as galleries began opening in Soho. Meanwhile, the New York State Council of the Arts was quite generous with grants, but favored upstate applicants. The collective found a 17-bedroom ex-boardinghouse called Maple Tree Farm in Lanesville. In the late 1960s hippies moved out of city slums into the countryside, often living in communes. One doesn't think of video as part of the "back to the land" movement, but it was. This low-budget, portable medium could travel anywhere.

As a favor to radical visionary Abbie Hoffman, Teasdale wrote the "Guerrilla Broadcasting" section of Steal This Book; Hoffman rewarded him with a television transmitter. In March of 1972 Videofreex started Lanesville TV, a pirate station. Over the next five years they aired 258 broadcasts from their home-built studio. (Incidentally, "pirate" meant that the transmission was illegal.) "You could make the argument that the citizens of Lanesville—this town of 300 people—were co-creators of Lanesville TV," suggests Andrew Ingall, curator of the Dorsky exhibit. The rather conservative community welcomed these eccentric outsiders—especially once they saw "Buckaroo Bart," a homegrown children's show where a local kid named John Benjamin played Sheriff John.

But the Videofreex did have a subversive side. They filmed the Weathermen's "Days of Rage" in Chicago in 1969, and interviewed Black Panther Fred Hampton six weeks before he was murdered by the Chicago police. At the May Day demonstration in Washington, DC in 1971, Cort was beaten by a policeman—and captured it on his Sony Portapak.

The collective was also respected in the art community. Artists like Red Grooms and Carolee Schneemann visited, as well as video pioneers from as far away as Germany and Israel. Lily Tomlin, a friend of one of the Videofreex, arrived in Lanesville to rehearse a cheerleader sketch for "Saturday Night Live."

Thirty-eight years after Lanesville TV ended, the collective is having their media moment. This spring the film Here Come the Videofreex will debut. "The Art of Guerrilla Television" includes a `70s-style carousel slide show of photos taken by the Videofreex. Some of the Videofreex's original equipment will also be on display. "Portable" back then meant "weighing 25 pounds."

"Videofreex: The Art of Guerrilla Television" will run from February 7 through July 20 at the Samuel Dorsky Museum of Art at SUNY New Paltz. (845) 257-3844; Newpaltz.edu/museum.