Nirmala Narine knows how to wield a machete. It's just one of the many tools mastered by the South American-born founder of Nirmala's Kitchen—a company dedicated to the art of "fusing cultures through food." For the past 13 years, Narine has trekked to the furthest reaches of the planet—climbed the highest trees, hacked through the densest forests, and sailed to the remotest islands—in her quest to bring the world's vast array of spices to foodies everywhere. With her TV show "Nirmala's Spice World" and her many travelogue-cookbooks, Narine explains exactly what to do with those spices: exactly how to store them (in tins, never plastic or glass) and how a particular spice can be used for skin care or healing. She shows how adding a bit of the exotic—Indonesian white pepper or Australian wattleseed, for instance—to seasonal produce gleaned from the farmers' market, or even one's own backyard, can transform local ingredients into dishes that are truly out of this world. 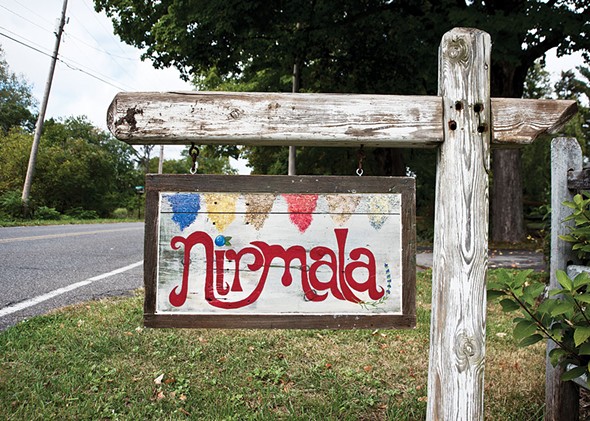 Narine does all of this from her 15-acre farm and agroecology center in Highland. The property, once the grounds of the Wishing Well Ranch rodeo, includes fields and gardens, a 12,000-square-foot Dutch barn with horse stables, a 5,000-square-foot farmhouse and many outbuildings; all creatively "reincarnated" into the base of operations for a multipronged, thriving local business with global flair. Although her company now reaches around the world, connecting small farmers to diplomats and ancient traditions to modern kitchens, its roots go deep, and are much more humble.

"Growing up in Guyana, cooking was all about survival," Narine says, sitting in her pristine farmhouse kitchen. The heart of her operation, it's well equipped with two sinks, two stoves, a double-wide refrigerator with French doors, abundant counter space, and almost every cooking utensil—from the primitive to the cutting edge—ever invented. Narine's culinary skills and Ayurvedic training, however, began more simply. 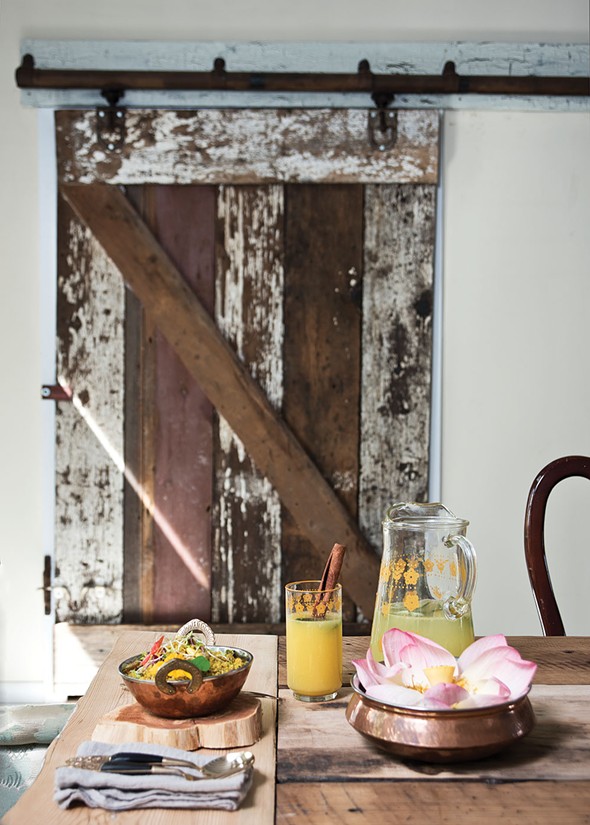 Narine's family, who are of Indian descent, lived in a small village at the edge of the Amazon. There was one dirt road and their home had no running water or electricity. Everything—from schoolwork to cooking—was done by oil lamp, and by the age of six, Narine was helping her mother, a rice farmer, prepare meals over an open fire. The one utensil they did have was a machete,which they creatively repurposed in their daily lives. "My father was a sugar cane cutter and all his old machetes became our kitchen tools," Narine remembers. "But we could do everything with a machete—we killed chickens with it, we cut wood with it, we peeled papayas and cleaned fish—that was the tool for us."

The other thing the family had was knowledge. Narine's grandfather, a Hindu pundit and Ayurvedic scholar, lived with her family and shared his learning with the surrounding community. Narine vividly remembers the cloves he always kept in his front pocket and how people came to him from all over the region to be treated for a wide range of health issues. She watched and listened as her grandfather utilized his traditional Ayurvedic training to create healing poultices and remedies out of ingredients culled from the surrounding jungle. His dutiful assistant, she ground spices and blended them exactly as he instructed—always tasting a bit of whatever she mixed. "I tried everything from ancient Indian spices to the barks and leaves brought to us by the neighboring Arawaks," says Narine, referring the indigenous people of Guyana. Her apprenticeship left her with an indelible taste for adventure.

Narine's business acumen, and her tendency to roam, was also evident at an early age. In her community, seeds were saved and harvested from one year to the next. "There was nothing like Lowe's or Home Depot," she explains. The desire to help buy shoes for her younger brother pushed Narine over the entrepreneurial edge. She cultivated a patch of habanero peppers for seed, dried her harvest and then packaged the seeds in lotus leaves, tied with banana sucker strings. "I was determined to sell," she remembers. Narine turned traveling salesgirl and began selling the packets to her neighbors and then the neighboring villages, and then the villages beyond that. "Fifteen villages later, my parents heard how far I'd been traveling and they made me stop," she remembers. However, the seed of a savvy entrepreneur with a thriving global business had been planted, even if it would take years to emerge.

At age 11, Narine's family moved to Queens. The same ingenuity that inspired the creation of kitchen knives out of discarded farm tools helped her family thrive in their new jungle. Narine finished school, graduated from CUNY, and then entered the corporate world. She began a career with a marketing firm and quickly rose up the ranks to head their human resources department. The position sent her out into the world and she was constantly traveling for business. 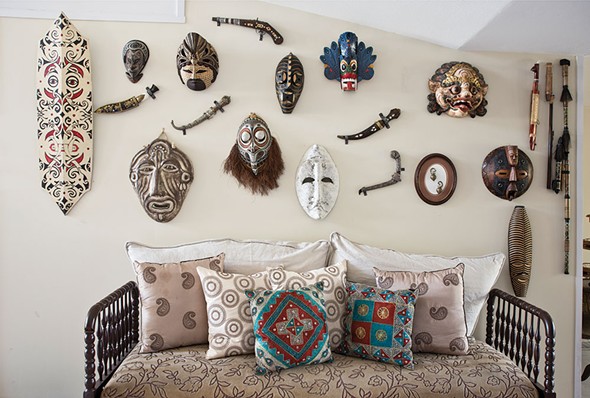 Narine thrived on the challenge and loved the globe-trotting, but something was missing. She found that the further she went, the closer she came to her roots: Wherever Narine traveled on business she was drawn to the local farms and spice plantations of that region. In her spare time, she researched local cultivation techniques and sought out flavors unique to the places she went. One day, after a trip to the Mangapwani slave chambers in Tanzania, Narine visited a clove plantation. She climbed a tree and was chewing cloves when the scent reminded her of her grandfather and his front pocket. "The aroma opened up a whole new chapter in my life," she explains. She realized there was a bigger calling for her.

Narine returned to some of the farmers she'd befriended and began buying their spices and then packaging them for small markets and cultural events. Nirmala's Kitchen grew from those first sales through specialty food stores and then spread into markets on six continents. With that success came two books and her television show for the Z Living Network, "Nirmala's Spice World"—now in its fifth season. Along the way she's traveled to 167 countries, been bitten by a cottonmouth snake ("a lifetime of yoga saved me," she says), tasted monkey (no it didn't taste like chicken, more like lean pork), and collected stories, recipes, and culinary traditions from taxi drivers, tamale sellers, and almost everyone else she's met along the way.

The farm in Highland came eight years ago. Narine was still based in Queens but found just visiting farms wasn't enough. Rather than a warehouse, she wanted her network of "global, local farmers" to be based at an actual farm. Narine was attracted to the abundance of produce in the Hudson Valley—the apples, peaches, and Malabar spinach, among other things—and loved its scenic beauty. The former rodeo was the first and only property she looked at in the area. The original farmhouse had been renovated by previous owners to include a two-story living room and kitchen. Large square windows overlooked the surrounding pasture and four bedrooms provided ample space for her and guests. Narine knew she had found the right local center for her global operation. 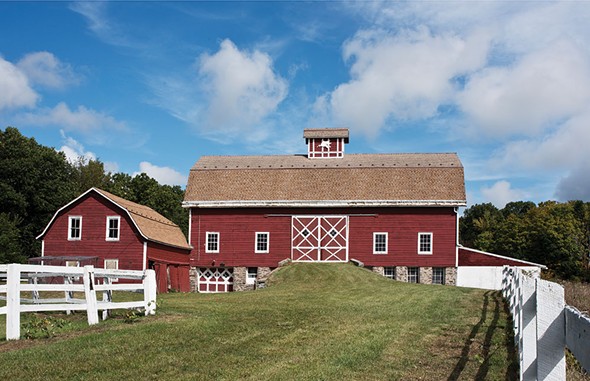 Over the ensuing years the farm has evolved to accommodate Narine's growing vision. The rodeo's former show grounds now produce some of the local ingredients—honey, lavender, and blueberries—that go into her beauty products, chutneys, and jams. Goats roam the former horse paddocks (she makes soap from the milk) and she grows lotus flowers in the pond. The former tack house has recently been transformed into her newest venture: a spice shop, designed to provide local access to her international, holistic products. 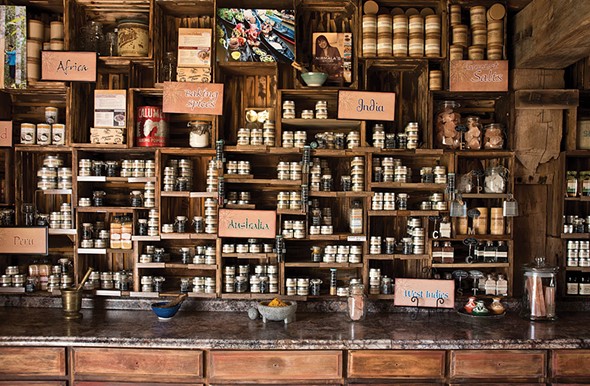 The farm supplies the ingredients for her operation, but her kitchen still provides the spice. It's where she tinkers with new recipes and leads classes for Nirmala's Kitchen Cooking School. It's also where she prepares her "spice suppers"—intimate tasting feasts served to international diplomats and New York-based dignitaries. There is no set menu; the meals she prepares are created from the spices of her guest's homeland and seasonal, local produce.

However, over the years, Narine has found that the particular ingredients don't necessarily matter; a well-accented meal always seems to have the same result. "When you bring people together around a dinner table they talk about food, they talk about culture, there's nothing to fight about," she says. "Spices are the soul of every cuisine."