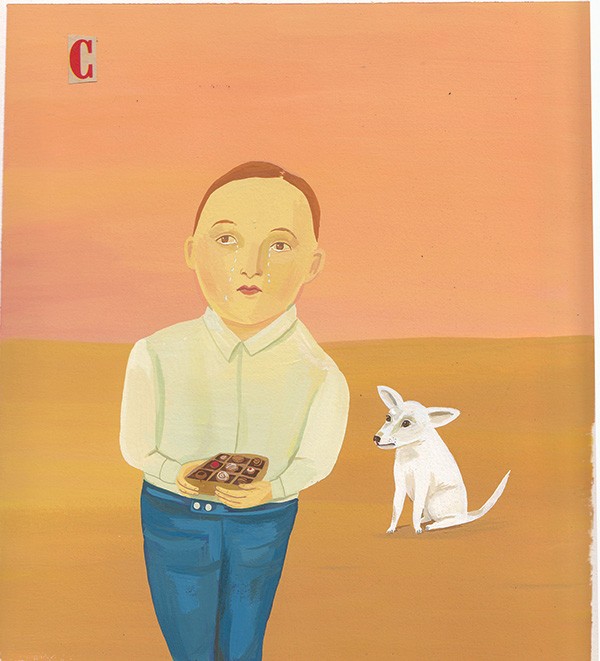 Giselle Potter is the illustrator of over 25 children's books, including The Year I Didn't Go to School, based on her experiences traveling in Italy as a child with her parents' puppet troupe, The Mystic Paper Beasts. As Potter's parents and grandparents were artists, it's not surprising the paint brush did not fall far from the easel.

Potter's illustrations have appeared in numerous publications, most notably The New Yorker. For a recent project, she illustrated Gertrude Stein's To Do: A Book of Alphabets and Birthdays (Yale University Press, 2011), to accompany an exhibit of the Stein art collection. Potter lives Rosendale with her husband and two children.

Illustrations by Potter will be exhibited at Carrie Haddad Gallery in Hudson as part of the group exhbiitin "Modern Artists," January 24 to March 2.