Getting Back to Business: Assessing the Toll of the Pandemic on Local Businesses | Art of Business | Hudson Valley | Chronogram Magazine

Getting Back to Business: Assessing the Toll of the Pandemic on Local Businesses 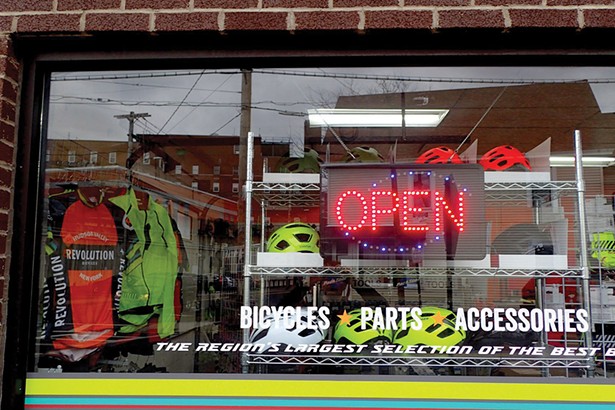 In late May, the Mid-Hudson region entered Phase One of the state's reopening plans amid the coronavirus pandemic. The region steadily progressed through Phases Two and Three in the months that followed. Business owners qualifying for phases One to Three breathed a sigh of relief. But bowling alleys, arcades, fitness centers, museums, and aquariums remained closed until August 24.

While the coronavirus pandemic devastated some industries like travel and entertainment, it has served as a boom for others. Here's a look at how the pandemic has affected an array of businesses in the Hudson Valley.

The "Other" Toilet Paper Shortage

Revolution Bicycles recorded its busiest season since opening 11 years ago, according to co-owner Samantha Moranville. She estimates, the Kingston bike shop conducted 10 months of sales from March to June, selling out almost its entire stock. "Early on, we deliberately emptied an area of the sales floor and posted on social media, 'hurry in, bikes are like toilet paper,'" she says. "In a few days that became a reality."


To help customers follow quarantine rules, Moranville offered to deliver online orders. Within weeks, they sold out of kid's bikes. As the Trek dealer for the region, inventory for adult bikes was soon depleted, too. In May, she placed an order for 25 bikes, but only four were available. She currently has a pre-order list for 85 bikes, which she hopes to fill by November/December, but it may take until March 2021. "One manufacturer makes the majority of components, like chains, derailleurs, and shifters for repairs, and they supply all the bike manufacturers," she explains. "The makers have frames but they don't have all the parts and you don't have a bicycle until you have all the parts."

Parts shortages have complicated repairs. In one week, three customers dropped off bikes for repair. One had to wait a month before a supplier found one part hidden away on a shelf in a warehouse. "We've had to think on our feet and rethink how we do things on an almost daily basis," she says. "We're extremely grateful that we're able to stay in business, and doing a lot of business because peers in our community have not been able to, and that's heartbreaking."

When the coronavirus pandemic brought daily life to a screeching halt, homeowners took advantage of the time to tackle home improvement projects. New York City residents flocked to their second homes upstate and made their houses into primary residences with kitchen and cabinetry upgrades. Stores like Williams Lumber, which has four locations across the Hudson Valley, were included in the state's list of essential businesses, and could provide project supplies. "We were blessed to be declared an essential business," says Kim Williams, senior vice president of Williams Lumber. "We employ close to 250 people in the Hudson Valley—most have families to support. We offered a voluntary layoff because some people wanted to self-quarantine."


Initially, store hours were reduced to provide more time to maintain cleanliness and to help with staffing. Protective shields were installed, and a mask policy was instituted to protect associates and customers alike while sales remained strong. Online ordering, virtual tours for custom window and door orders, curbside pickup, and delivery services are helping to fuel the continued shopping by giving customers options.

While paint, lawn, and garden sales have remained at unprecedented levels throughout the pandemic, the construction trade is bouncing back after being forced to close early in the crisis, fueled by an exodus from Manhattan properties. The influx of new home buyers has made it hard to come by some building materials, like lumber, which requires time to cure. "When building was halted, our contracting business was too. It was very difficult for our contractors," Williams says. "Like everyone, we still don't know what will happen, so we remain living day to day and try to keep a positive outlook."

Shell-shocked. That's how Kathy Bluestone describes the first six weeks of business for Roe Jan Brewing Co. in Hillsdale. Kathy and her husband, Steve, opened on February 5 and closed on March 15. The Bluestones grappled with a voluntary closure before officially being forced to close on March 15. "We had tankfuls of beer that needed to keep moving or else we would have to throw it out. We didn't want to do that," she says. "In early April, we started Growlers to Go."


The Bluestones donated tips and profits to the 30 staff members who were laid off. As customers bought beer to go, they requested food, too. "We considered food in the beginning but we were so new that we hadn't planned on takeout," she says. "We decided to do something different for take-out—selling refrigerated and frozen food people could heat up at home."

Opening a restaurant in the best of times is an especially stressful experience. Add to that the complications of a worldwide pandemic and it feels like a herculean task. However, Bluestone says the brewery was well received when it first opened and they have been able to build upon that early momentum.

"People just really liked the food and the beer. They loved the space too, so we had a lot of good will by the time we had to close. We continued to build on that when had to do takeaway," she says. 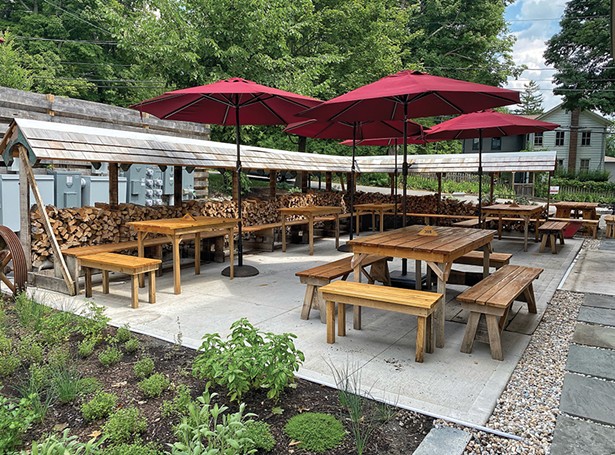 Although indoor seating is reduced by 30 seats, making use of an outdoor space increased their total capacity to 50. At first, no one wanted to eat inside, but Bluestone says they are slowly seeing patrons request indoor options, especially in inclement weather. Since reopening, the brewery's revenues have reached pre-COVID-19 volume. "We're concerned about when the weather gets colder—how we're going to seat people and whether people will be more comfortable coming inside," Bluestone says. "We'll be at a reduced capacity so we're going to have to rethink staffing and maybe ramp up takeout again."

Students at Bard College at Simon's Rock went home for spring break in March 2020 and never returned, finishing the semester virtually. In the months since, school leaders put new protocols in place for a return in August. Luckily, as a small institution where the average class size is 15 students, the school hasn't had to change much in the classrooms to accommodate social distancing, according to John B. Weinstein, provost and vice president. "We have enough rooms of enough sizes to do what we need to. We're not like schools that have 100-person lecture halls," Weinstein says. "We are also able to offer science labs and arts that are hands on."


In August, students began arriving for the new school year. Upon arrival, they were quarantined and tested twice a week for the first two weeks. Weekly testing will continue throughout the semester. Students are expected to wear masks everywhere on campus, except within their dorm rooms with entry limited to roommates. Once at school, students are unable to travel outside Great Barrington—that also means staying on campus for weekends instead of visiting family. The families of day students who live at home and attend class on site are being asked to follow the same protocols. "Because this is a low-COVID area, we have asked families to keep their lives fairly restricted during this time and not go to large family reunions," he says. "Everybody as a community understands that if we follow safety guidelines it can work, because we are a closed community."

School leaders and instructors have found creative ways to adapt. For example, the theater department will perform a Greek tragedy with a smaller cast. Since performers in traditional Greek tragedies were masked, it pairs well with current events. "We're finding ways to be inventive in this situation and make mask wearing and social distancing part of the activities," Weinstein says. "It is forcing us to think about how we structure activities, and some are things we will continue to do post-COVID."

Just one week before Governor Cuomo forced all nonessential business to close, musicians from the Hudson Valley Philharmonic were crammed into the Beacon Theater in New York City for a concert with Jane Birkin, Iggy Pop, and Charlotte Gainsbourg. The theater had 2,600 people in attendance—no one was wearing masks or social distancing, recalls Bardavon/UPAC Executive Director Chris Silva. A week later, everything changed.

Silva cancelled a March 13 show featuring Brit Floyd, a Pink Floyd tribute band. The most challenging part was convincing the band's manager in England that the COVID-19 threat was real. The theater has been shuttered since. "To be doing your normal thing and then a minute later everything is closed is very weird and disorienting," he says.

For the first month, all 20 employees remained on the payroll. When it became apparent COVID-19 would have a longer-lasting impact, he had to furlough 18 staff members. All ticketholders to future events—20,000 people—had to be notified of cancellations. "People aren't demanding refunds, they are holding tickets for future dates," he said. "Philharmonic subscribers only got to see three of the six annual shows, but they are saying to keep the money and donating extra. People are being really awesome and supportive."

Silva switched into fundraising mode, striving to raise enough funds to maintain the group for the next year. "After a couple months of depression and disorientation for everybody in our business, we switched over to raising funds and creating programming," he says.

The Bardavon/UPAC launched Ghost Light Minutes on all its social channels, which welcomes artists performing and giving a shout-out to other performers. New programming also includes two free online series, the Hudson Valley Philharmonic Virtual Concert Hall, curated by HVP Maestro Randall Craig Fleischer; and an Albums Revisited series that kicked off with a 55th anniversary celebration of the release of Bob Dylan's Highway 61 Revisited curated by Production Manager Stephen LaMarca with commentary Silva and others.

On plus side, the pandemic has also given staff time to address building maintenance issues that there haven't always been time to deal with. The theaters are also receiving an influx of requests to rent the spaces for small independent films. "It is weird working in a different format, but we had to adapt into a format that people can enjoy, and safely enjoy." Silva says.