Get Out!: Place-Based Education in the Hudson Valley 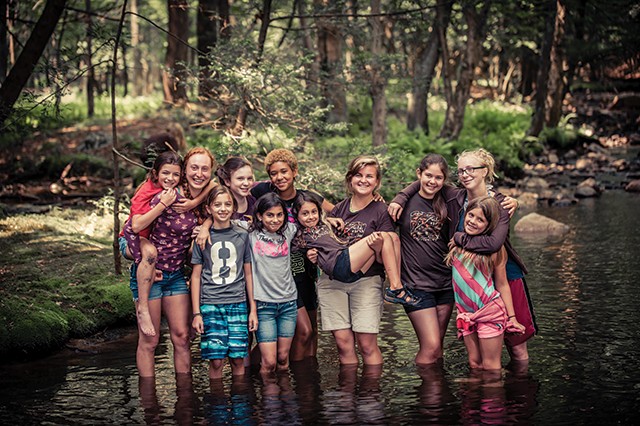 Often, school-aged children led by the organization Wild Earth will be directed to split up and find their "sit spots," places to rely solely on their senses to feel closer to nature. They'll sit alone, then return to a central location and share with the group what they experienced. And something happens then: the students will listen to each other.

"They're cultivating a sense of being alive and paying attention to what's around us, and giving permission to be a part of people's lives," says Simon Abramson, associate director of Wild Earth, the New Paltz nonprofit that facilitates programs that expose people, both young and old, to nature.

This work is part of place-based education, a pedagogy built around immersing students in their community to enrich development in a range of subjects, while also building character and creativity. Some schools may use place-based education as a sliver of their overall curriculum, while other schools make it a primary tenet of their mission statement. By removing students from the classroom, schools—including a growing number in the Hudson Valley—hope to enable students to understand local issues such as conservation and sustainability.

Place as a Context for Learning

The idea of taking learning from the indoor classroom structure and into nature, fields and farms has been around for decades. Shaping this idea into a pedagogy that could be introduced in schools across the world was, in the early 1990s, the job of the Orion Society, a community of educators, writers and scientists involved with Orion magazine, based in Great Barrington, MA.

Laurie Lane-Zucker was among those at Orion developing "programs that explored 'place' as the context for learning," says Lane-Zucker. They established a series of books about place-based learning, organized summer institutes, and toured the country, introducing the concepts to college campuses and communities. But, as Lane-Zucker notes, the ideas behind place-based education—farming, growing and making food, caring for animals and nature—are simply historical educational tools, just recently brought back to life.

"It has put earlier experiential education efforts into a late 20th century/early 21st century context, and linked it to a wide range of social, environmental, and economic reform challenges," Lane-Zucker says.

Education and Renewal Through the Hands

Founded in 1972, the Hawthorne Valley Waldorf School in Ghent was an early adopter of what is now known as place-based education. It's part of the larger Hawthorne Valley Organization, which sits on a 500-acre biodynamic farm and also includes a CSA, research facility, publishing company, art program and theater. The Waldorf school was founded on the Rudolf Steiner philosophy, which focuses on structuring curriculum for child development stages. And while curriculum is relatively consistent across the Waldorf network, individual schools are asked to structure their lessons to match their locations so students can take advantage of their natural environments. Thus, being on a 500-acre farm means vast place-based opportunities for Hawthorne Valley students. 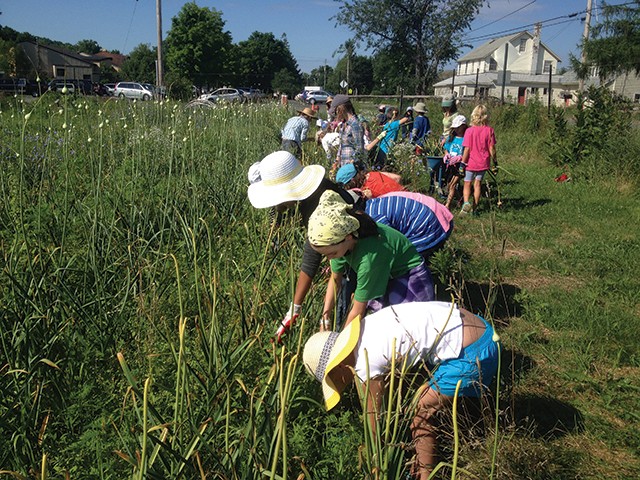 "It certainly provides us with a lot of latitude for building our curriculum," says John Cronin, the school's faculty chairperson. "Columbia County is unique in a lot of ways. We have a wide variety of animals, plants, landforms—the geology is just amazing."

How they learn the geology varies by year. Ninth-grade students this year are working with soil experts to enhance and revamp the local composting program. Meanwhile, kindergartners explore the forest and bring compost to pigs, and third-graders live on the farm for a full week. They awaken at 5 a.m. to retrieve chicken eggs and milk the cows. Part of this is to understand the rhythm of land work, but another part is to simply work practically with their hands.

That's the central tenet of Hawthorne Valley's EARTH program, short for Education and Renewal Through the Hands. The program, which embeds several students in nature for prolonged periods of time, doing such tasks as farming and construction, is one of a few reasons Hawthorne Valley is a local leader of the place-based education movement.

The program also serves to develop Hawthorne Valley students who "are very capable but need something different than is in the classroom," says Stu Summer, co-founder and lead teacher of EARTH. Students may either attend EARTH part-time—while receiving their morning lesson at the main school—or be full-day participants in EARTH. A typical session at EARTH is the Cow Block: for three or four weeks, students will clean stalls, feed and milk the cows, and cook with the milk. And they'll curry the cows—rubbing them repeatedly to break up detritus and dirt—which may lead to an eye-opening realization: the cow reacts to your care.

Rachel Schneider, director of the Hawthorne Valley Farm Place-Based Learning Center, had her realization with place-based education in the late 1970s, when she was a teacher bringing schoolchildren to the farm.

"I couldn't believe what happened to me in the weeks we were there," she says. "The sense of waking up to this beautiful, natural world that surrounded me, and the incredible need that we all felt to do physical work, wanting to sweep in the cows. I couldn't believe the difference in the children I was teaching." 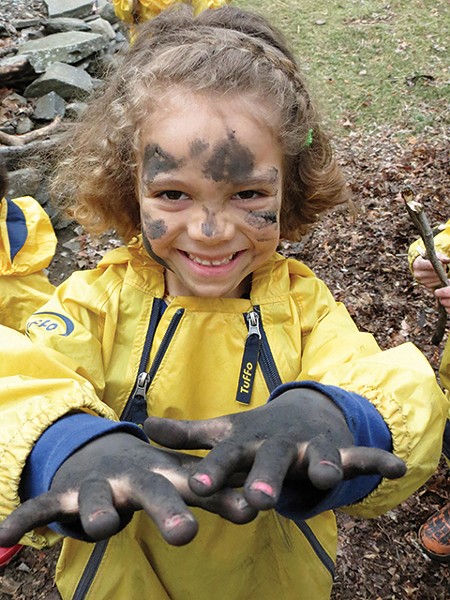 Some students, however, don't have immediate access to farmland. But local organizations and institutions are doing the legwork to ensure children continue having life-altering experiences through nature.

When Fr. Mark Connell became principal of San Miguel Academy in Newburgh in 2009, he noticed that some students in his all-boys school for underserved youth were having difficulty retaining information and engaging in the indoor classroom environment. Fr. Connell and San Miguel leadership soon began pilot programs with outside organizations like the Hudson Highlands Nature Museum in Cornwall and Constitution Marsh Audubon Center and Sanctuary in Garrison. Sprout Creek Farm in Poughkeepsie came next. At Sprout Creek fifth-graders—some of whom had never before crossed the Hudson River on the Newburgh-Beacon Bridge—milk goats and cows, then with assistance from an expert, make cheese.

In the fall the fifth graders learn how to artificially inseminate a goat. Then, in February of the next year, the students are present to watch the goats give birth.

For many of these students, every experience on a farm is a unique, new experience.

"We're serving a demographic that, for the most part, is underrepresented in the ecology movement and in the conservation movement," Fr. Connell says, speaking specifically about the school's high African-American and Latino population. "There's an overarching emphasis in education and beyond to expose the children that we serve at San Miguel to expose them to this arena of ecology and conservation."

The emphasis has spread to American public schools: in 2012 the federal Department of Education released a study recommending place-based education for underserved urban areas, focusing on bridging local organizations to supply year-round education in and out of the classroom setting. Local public schools have taken note. Kingston City Public Schools, for example, partnered with Wild Earth to give middle-school students a weeklong wilderness adventure last fall. They'll do everything from building shelters with leaves and branches to discovering their "sit spots." The kids, especially in those quiet moments, feel a connection with nature they've never before experienced.

"It was incredible," Wild Earth's Abramson says of the middle school students from Kingston. "I think we've all experienced it. There's something about being out in nature that just awakens this curiosity, and there's a perspective that comes from being out in the woods."

To Abramson, and to many teachers and organizers devoted to place-based education, putting children outdoors, and putting their hands and brains to work, helps tear down the social dynamics of the typical classroom and helps foster a devotion to the natural world. Caroline Geisler, administrative chair and director of college guidance at the Hawthorne Valley Waldorf School, says her students become curious about their food, their environment, and their community dynamics. "A lot of things become a lot more real when you're observing nature on a daily basis," says Geisler.