For 25 years, artist Gerard Wickham lived in the Hudson Valley and commuted daily to a job in Manhattan. "During that time, I was still creating artwork as often as I could, but it was necessary that I develop a more planned and structured approach," he says. "I don't think my work necessarily suffered from this, perhaps just evolved into something else."

In 2017, Wickham retired and began spend more time on his creative pursuits. "Nature drew me here," he says. "Only later did I start to discover that there were a lot of venues here that were supportive of the arts." 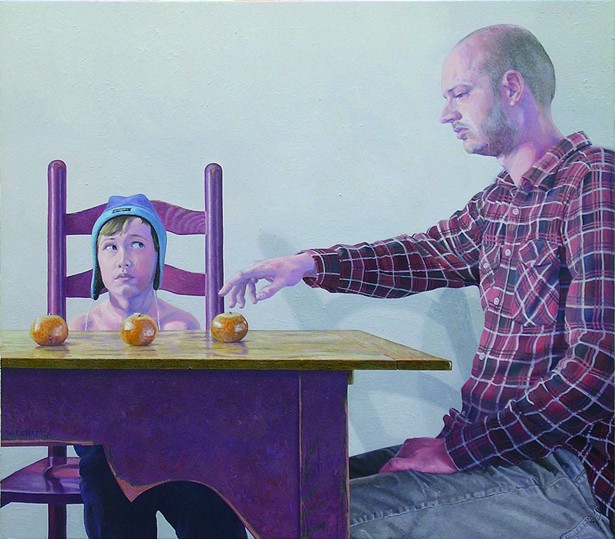 After retiring, Wickham began attending the weekly life drawing sessions at Unison Arts Center in New Paltz, which became a space for encouragement, feedback, and creative camaraderie. "I discovered what a great resource just getting together with an ever-evolving group of local artists on a weekly basis can be," he says. "We share information on materials, art stores, current exhibitions, and even movies and TV shows on art and artists. After years of working on my own, I can't express how helpful I find this."

In May, Wickham will have his first solo show at Unison. The majority of the pieces in the exhibition were created during his years commuting to the city, a transitional and significant time in his artistic process. Time freezes in Wickham's pieces, offering a rare, intimate, and often comical window into his home life. The realistic paintings capture an intensity of expression, telling a story for each moment.