Geothermal Heating & Cooling Gets a Boost in the Hudson Valley 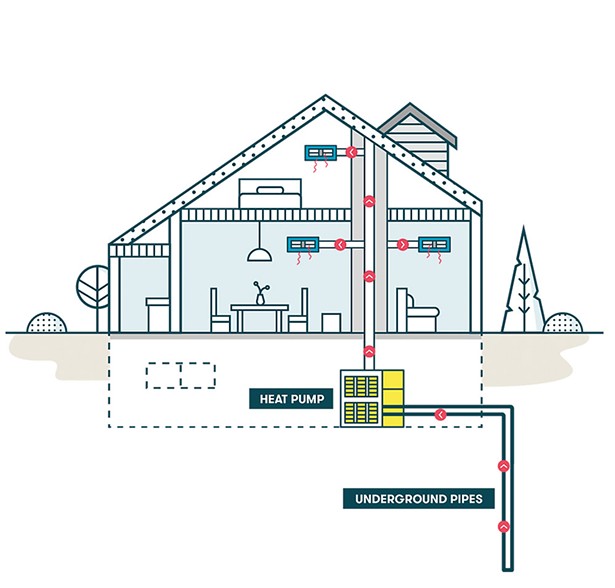 Rhinebeck-based company Dandelion has been providing Hudson Valley homes with geothermal heating for one year now—here's their start-up story.

In the summer of 2017, Dandelion CEO Kathy Hannun, Director of Communications Katie Ullmann, and a cadre of interns roamed Rhinebeck's village center to introduce homeowners to their geothermal start-up. Standing outside of Bread Alone, they offered free cups of coffee in exchange for hearing their pitch. Now, they've installed dozens of their geothermal systems around the Hudson Valley.

In August, some of the homeowners who received the systems will open their homes to the public to celebrate and demonstrate how it works. Indeed, they have good reason to show off their goods—last winter Hudson Valley oil companies raised prices anywhere from 4.4 to 32.7 percent over the previous year. Meanwhile, those with Dandelion systems may be paying as little as half of what propane and oil users are paying.

Geothermal energy harnesses the natural heat from the earth to heat and cool buildings. Essentially, water is pumped a few hundred feet down, heated by the earth and then pumped back up to the building, with only a small boost needed from electricity. However enticing, historically it's been a very expensive alternative, costing homeowners an average of $40,000 for installation.

That's until 2015, when Kathy Hannun, product manager at X, Google's subsidiary, Alphabet's semi-secret research and development lab, brought to her colleagues' attention the lack of work done globally to offer homeowners heating and cooling alternatives. "Nobody says, 'I love my fuel company,'" says Hannun. And yet 70 million US residents, mostly on the East Coast and Midwest, white knuckle it each year as they pay for bad experiences with fuel companies, long wait times on fuel oil deliveries during storms, and unpredictable fuel oil prices.Hannun started digging into why geothermal technology is so niche and expensive. "Because if it were more accessible," says Hannun, "it would be a great solution and more pleasant to use than a lot of the alternatives."

X's team began playing around with faster drills, business models, software that could be used to help with marketing or installation, and other ways to turn geothermal energy into a marketable business. That's when Ullman jumped on board to help develop the go-to-market strategy.

Part of that strategy was figuring out where to bring the product to market. "We accessed publicly available data from tax parcels on fuel types and used that to make a map so we could look at where people lack access to natural gas," says Hannun. After narrowing a worldwide map down to New York State, they discovered that the Hudson Valley and the Capital Region have the densest US population of single-family homes using oil and propane for heating.

Rhinebeck is ground zero because the Dandelion crew already knew a number of people there. In the spring of 2017, with Ullmann by her side, Hannun took X's products to market in Rhinebeck, founding Dandelion with the mission of bringing geothermal technology to homeowners in an affordable, scalable, and simple way. But to carry out her mission, Hannun knew she had to do business differently.

The traditional way to implement geothermal technology is to take a comprehensive assessment of everything that needs to be changed or added to a home and then make a proper energy-efficiency upgrade. Essentially, this means renovating by replacing windows, adding insulation, installing a geothermal heat pump, and more.


But Hannun knew this process wasn't scalable. "If you approach every house that way, then every house becomes a custom situation. And there's no way to really standardize the job," says Hannun.

Dandelion omits the home renovation process and instead focuses on selling geothermal technology as a product in its own right. Dandelion's main product—the Dandelion Home Geothermal System—includes a site survey, installation of underground pipes, a buffer tank for hot water, a Nest Learning Thermostat, a smart monitoring system, and one of its new units, called the Dandelion Air. The Dandelion Air is a smart, low-maintenance, heating and cooling unit that Dandelion says is four times more efficient at heating in the winter and twice as efficient at cooling in the summer as conventional systems.

Most of the components are manufactured through automation, enabling Dandelion to keep prices lower than other geothermal systems. Instead of shipping basic heating pumps with add-on parts that need to be assembled in-home, Dandelion's heat pump includes the add-ons, which have been assembled previously. "It's less man hours, cheaper to manufacture, and with the automation it really increases reliability and durability because, as we all know, humans are prone to error, much more so than a machine," says Katie Ullmann, vice-president of marketing. This, along with innovations such as their Dandelion Drill, which can bore a hole in 45 minutes, as opposed to conventional drills that take several hours to do the same job, enable homeowners to purchase the system for under $20,000 after tax credits, state rebates, and federal incentives—half of what a conventional system cost. And they offer financing options to help mitigate costs.

Homeowners thinking of switching to geothermal can use the Dandelion Calculator to tell how much they'll save on energy costs by collecting data about the home, such as the climate of its location, square footage, when it was built, and the home's current electricity and oil costs.

Booming in the Hudson Valley 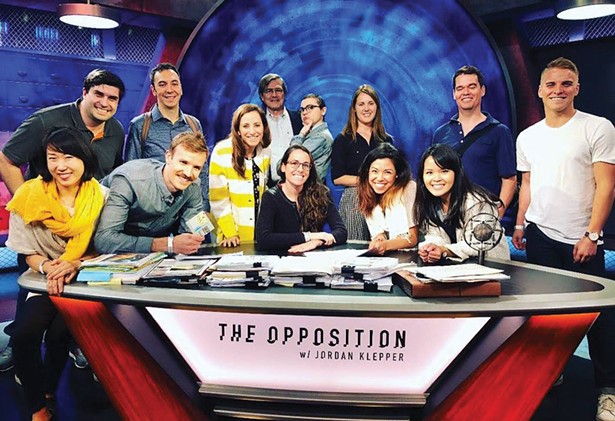 The Dandelion Team, namely co-founder and chief technology officer, James Quazi, Ullmann, and Hannun, are reaching the public. People are ready for geothermal. For now, Dandelion is focusing its efforts in the Hudson Valley and Capital Region. "Whenever you start a company, or launch a new product, you really want to prove out the best-case scenario, so it made sense to go to the Hudson Valley," says Ullmann. And Hudson Valley homeowners have responded. "We're blown away by how many people are signing up here," says Ullmann.


The mayor of Rhinebeck, Gary Bassett, and the village board plan to eventually install ground loops throughout the town so homeowners can call to simply hook up for heat the way they would call to get a fuel company to service their homes—minus the fuel bills and inconsistent prices. "By enabling Dandelion to install ground loops along the right-of-way in the Village of Rhinebeck," Bassett said in his announcement of the deal in December, "we remove the biggest barrier to homeowners adopting geothermal. It's a no-brainer."

After installing dozens of systems, Dandelion expects to have installed a few hundred by the end of the year, which is not even close to the thousands who are on waiting lists across the country. "It's a challenge to invest in making the technology and making the customer experience better and more efficient." Ullman knows they can't move as quickly as customers would like, despite bringing on new installers as fast as they can. "But we're really making our way," she says proudly.

Just a few years ago, affordable geothermal energy wasn't possible and now thousands of homeowners across the country are waiting for delivery. It's pretty clear, thanks to Dandelion, that homeowners are ready to transition from fossil heating systems to renewable geothermal heating.

Dandelion will be hosting two upcoming open houses to educate the public about their geothermal offerings. Below are details on the open house in Rhinebeck on August 11. The second event is on Thursday, August 16, 6:30pm, at 207 Old Quarry Rd, Feura Bush, NY 12067, about a 20-minute drive from Albany.