Gemini New Moon: At a Crossroads 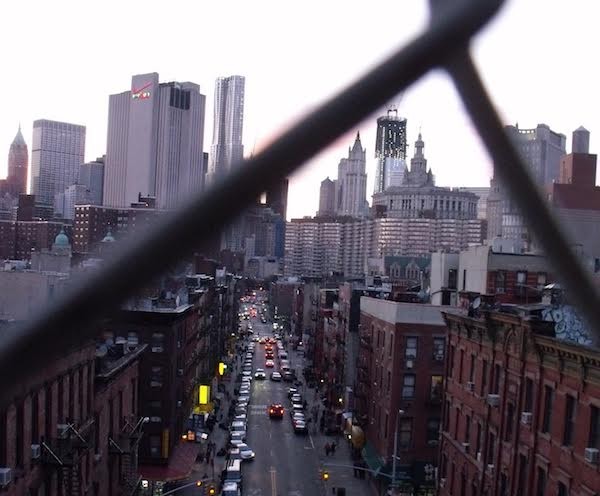 Saturday we have a New Moon—a conjunction of the Sun and Moon, this time in Gemini, just before 11:00 pm EDT. It occurs against the backdrop of a larger, slower-moving aspect pattern that might have you feeling like you’re at some kind of crossroads lately.

For some people, crossroads can be exciting. All those options and possibilities! You might be someone who relishes the chance to take charge and make decisions, and to move what was just potential into some new, tangible reality.

On the other hand, you might be someone for whom crossroads are pure torture. For whatever reason, something in your early upbringing or inherent personality makes it very hard to make a decision, to commit and trust that you’ve made the "right" choice.

Wherever you locate yourself on that spectrum, this New Moon represents an opportunity to see (and feel) a new side to an issue or situation, and then approach it differently from how you have been.

The major aspect pattern that the New Moon is part of is a grand cross in the mutable signs. Three of the players in this pattern—Jupiter in Virgo, Saturn in Sagittarius and Neptune in Pisces—have been moving into position for a while now (making a T-square). When the Sun and Moon join Venus in mid-Gemini for the New Moon, they fill in the fourth side to make the grand cross (also called a grand square).

In this week’s Planet Waves FM, Eric describes Jupiter square Saturn as being like the hands of god on a potters wheel: one hand is pushing out from the inside, while the other hand is reinforcing the clay (the limit or structure) from the outside.

Eric also describes Neptune added to the equation, especially Saturn square Neptune, as being a process of synthesis—as in, “Make your own [whatever].” (The example he gives is of making your own salad dressing: creating something new out of disparate elements in your own unique way.)

All of that square energy can feel like a lot of internal pressure to make a decision and do something already; to re-create your life in some way, even if you’re not sure how. Not everyone is going to enjoy that sensation, though some people will certainly get off on it.

If you have a disciplined mind, you’ll likely appreciate seeing your various options and occupying the space between them. However, if you’ve been noticing a sensation of crisis related to a need to make a decision or accomplish something, and you tend to get caught up in thought-loops, you might find this astrology a little uncomfortable.

Like all planetary aspects, this too shall pass. Does that thought bring a sense of relief or of added pressure?

It’s easy for people to say to someone who’s feeling indecisive, “Well, what do you really want?” If you’re someone whose sense of trust in their desires was compromised as a child, however, that question only compounds the angst. Sometimes answering that question is simply a matter of sequencing and scheduling—just figuring out an order in which to tackle things.

If you still feel stuck, it might be time to let the mind retreat to the background and check out how you feel to get to what you want. Feelings are the realm of the water signs. We have significant planets in Pisces, but Pisces is part of that mutable grand cross.

So what if we look to retrograde Mars in Scorpio for some help? Mars has been pointing us inward since mid-April. We already know that the desire/want facet of Mars can be tricky, so let’s lean on the ‘feeling’ quality of Scorpio. It might look something like this:

How do I feel? I feel angry because I am too cold with the window open.

What can I do about it? I can close the window or put on a sweater. I can complain about it and hope that somebody else does something about it for me.

What do I want to do about it? I want to close the window.

There’s something to be said for choices that empower you and give you authority over your life, although they often do not look attractive or "easy" at first. That goes for any kind of feeling, desire or decision you meet with this New Moon. If it helps, start with how you feel. Notice your options, evaluate them, and see where that points you.