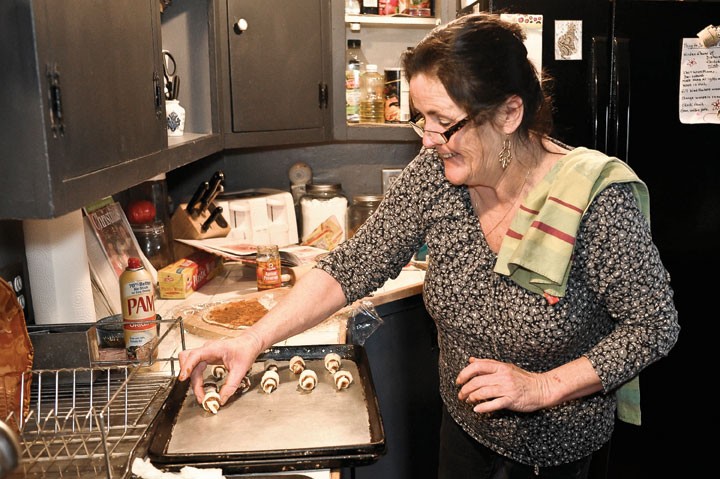 What, exactly, is a hamlet? The Hudson Valley has many of them: small, idyllic clusters of homes and businesses tucked cozily away in the folds between its larger communities, many only apparent to nonresidents via one of those blink-and-you'll-miss-it signs along our main two-lane roads. In New York State, a hamlet is an unincorporated settlement, usually one without its own government or any official boundaries (hence those cryptically placed road signs). So, then, is a hamlet a town? Well, yes, in some cases. And no, in others. Some hamlets are areas located within larger towns and fall under the auspices of the parent municipality, while some are nonlegal entities unto themselves and, by default, administered by one of their more sizable neighboring towns. But whatever the nomenclature, by their nature hamlets are most often charming, subtly vibrant spots with their own quaint slices of commerce, culture, and community. 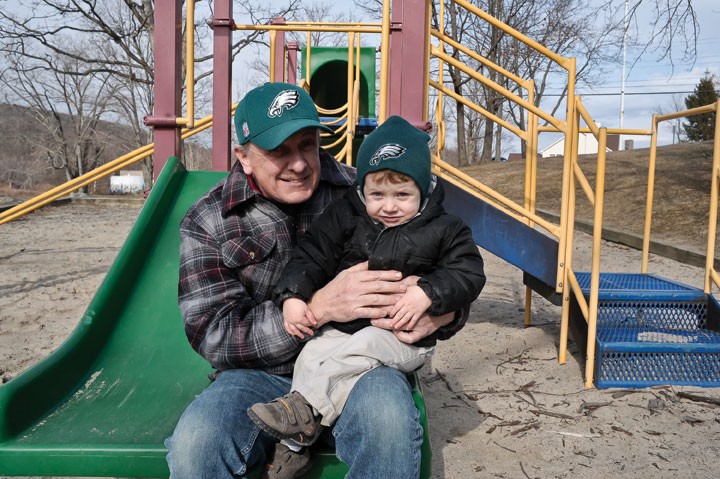 The region on the western side of the Hudson that lies just southeast of New Paltz and roughly parallel to the Poughkeepsie-Wappingers Falls corridor is hamlet heaven—and a diverse one, at that. Fanning forth from the riverside with acre upon beautiful acre of country farmland, the area is home to a number of nugget-size agricultural hamlets, as well as some that are, in appearance if not on paper, just plain classic Upstate small towns. Here, we visit five of these diminutive gems: Highland, Milton, Marlboro, Gardiner, and Wallkill. 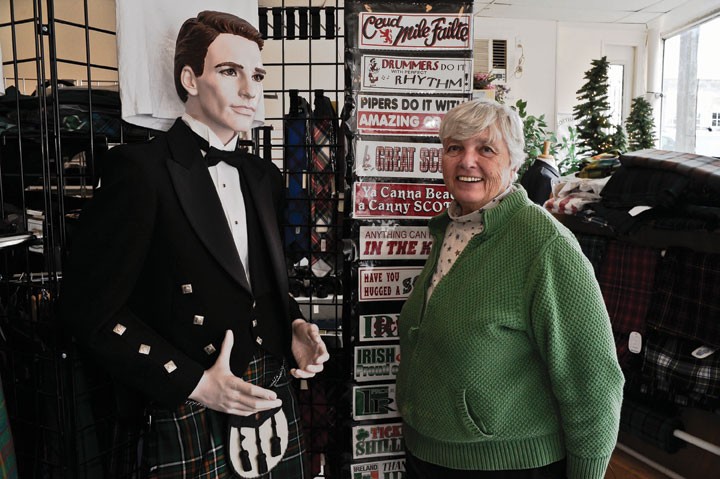 Located in the Town of Lloyd, the community of Highland's easternmost edge has long teemed with maritime activity and was bombarded by the British Navy in 1777. The most "urban" of our five hamlets, Highland has a central area populated with the kind of older brick buildings and cute neighborhood businesses that inspire model railroad villages. "I moved to the area after growing up in New York, and opened my practice in 1987," says Dr. Bruce Kurek of Highland's Center for Advanced Dentistry. "The nice, small-town feel is what I enjoy most."

Also operating locally in the interest of well-being is Mike Artega's Health & Fitness Express, a state-of-the-art, full-workout fitness facility with a 40-year history. For great eats, there's the Vigneto Café (panninis and fine Italian fare) and Gunk Haus (a German gastropub in nearby Clintondale). To nurture your rock 'n' roll (or jazz, or folk, or classical) soul, there's D. Jacobs Music Center, which sells and repairs a large selection of instruments and offers lessons. A must for Highlanders in the more widely known sense—or those who just want to dress like one—is The Kiltmaker's Apprentice, which provides authentic, handmade Scottish kilts and related items.

Meet Me in Wine Country

Note the spelling: Marlboro is in the southeast part of the Town of Marlborough. The site of the 1714 Gomez Mill House, the earliest known surviving Jewish residence in America (now a museum), Marlboro's rich soil has for centuries made it one of Ulster County's prime farming locales, a quality trumpeted seasonally by Meet Me in Marlborough, an organization of farmers and businesspeople assembled to promote local agriculture and agritourism. The area's favorable growing conditions also make it home to a number of award-winning wine producers, such as Benmarl Winery, Stoutridge Vineyard, and Royal Kedem Winery. 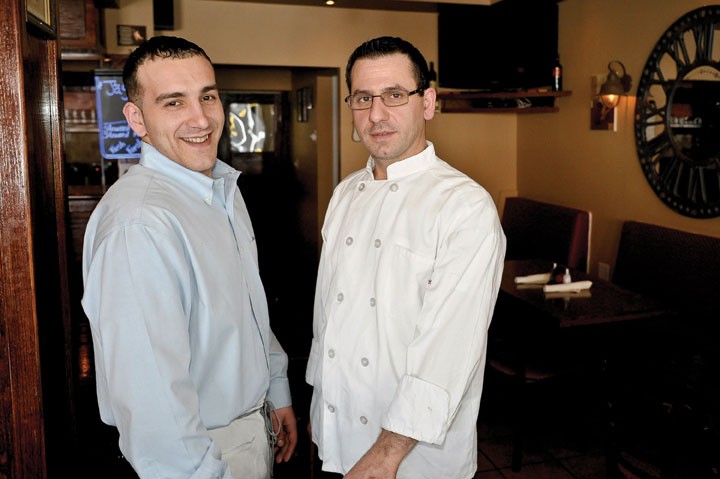 "My grandfather moved the business from Czechoslovakia to Long Island in 1948, and we opened in Highland in 1968," says Michael Herzog, Royal Kedem's vice president. "The soil and climate are very good for growing grapes." Marlboro's nightlife mecca is The Falcon, which presents world-class live music and gourmet dining. More fine fare is found in the town proper at the Raccoon Saloon, housed in the area's oldest hotel.

In Marlborough's northeast corner is Milton, the birthplace of author and illustrator Mary Hallock Foote, whose Western-themed novels were all the rage in Victorian times. The micro-hamlet's (2.8 square miles, population 1,403) Main Street has a stretch of architecturally historic brick structures that includes the present post office building. Keeping up the region's agricultural tradition are two seventh generation-owned farms, Hepworth Farms and Prospect Hill Orchards, the latter owned by Steve and Judy Clarke, whose ancestor Nathaniel Clarke first farmed the property in 1817.

"Milton's always been a beautiful, sleepy little place, and I think it'll continue to be a farming community in the years to come," says Steve Clarke. "Recently, there've been a lot of people making huge investments in the future here, so hopefully the developments we see will be good ones." The 16th-century Ship Lantern Inn is touted as the oldest Hudson Valley eatery serving Continental food, and specializes in seafood entrees. Located on 75 bucolic acres, Buttermilk Falls Inn & Spa blends decadent luxury with charm; its on-site restaurant, Henry's Farm to Table, makes the most of the local bounty. 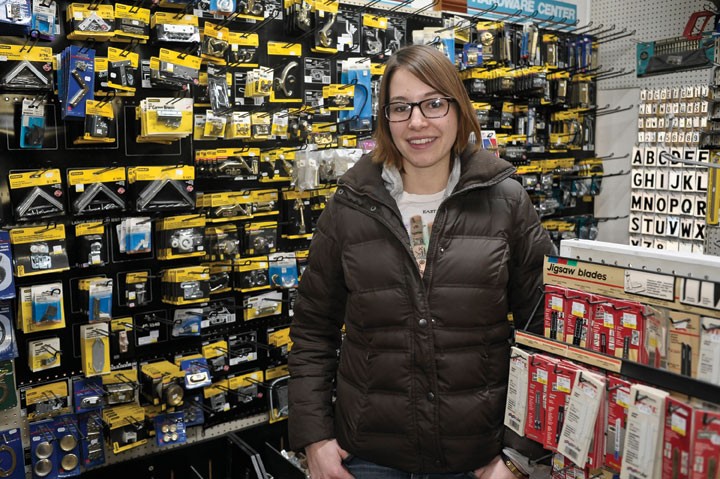 Not to be confused with the Orange County town that bears its name, Ulster County's Wallkill is a section of the Town of Shawangunk. In addition to having its own exceptional wine makers, such as the family-run, 13-acre Magnanini Winery, "the Kill," as it's known to natives, also boasts its share of superb restaurants. High among these is the Bruynswick Inn, which serves "American fare with a French-European touch." 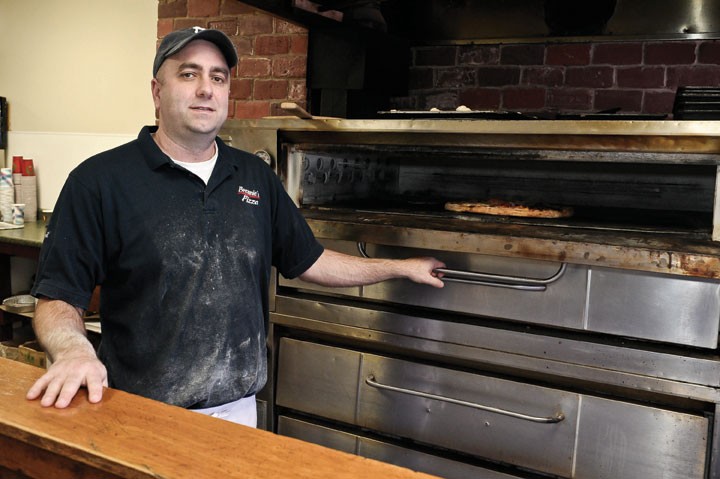 Built circa 1740, Audrey's Farmhouse has been voted Best Pet-Friendly Bed and Breakfast in North America by Arrington Publishing. "Besides having homemade chili and cornbread for our guests when they arrive, for their pets we have special treats and meals," says Don Leff, who manages the B&B with his wife, Audrey. "Pets have free roam of the house and property, and no leashes are needed. We're on five acres and have two nature walks nearby."

Wallkill is also home to a branch of the New York School of Practical Philosophy, an international institution for enlightened thought established in 1964 and inspired by the London school founded by Leon MacLaren in 1937. Ensconced in the stately turn-of-the-century mansion built by milk millionaire John Gail Borden, the facility sponsors classes and lectures and serves as a retreat for students from around the world. 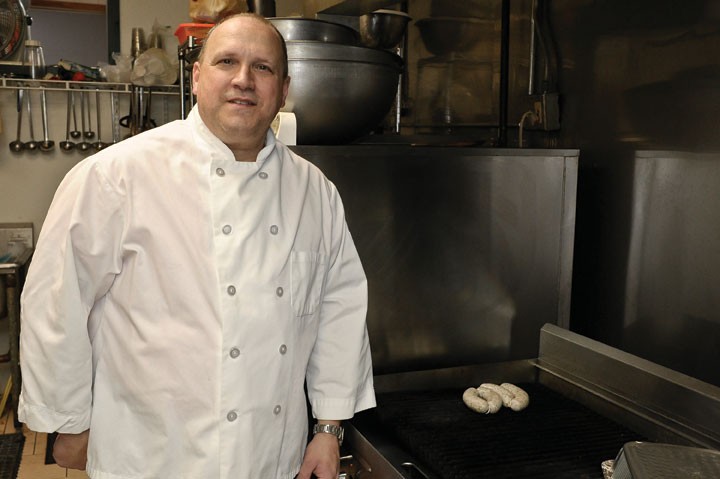 Also potentially confusing to nonresidents: There is both a hamlet of Gardiner and a Town of Gardiner (the former is just adjacent to the latter's central district). Many know the farm-filled area, which is close to buzzing college town New Paltz, rockclimber's paradise the Shawangunk Mountains, and hiker's havens Minnewaska State Park and the Mohonk Preserve, thanks to two of its businesses: Kiss My Face and Skydive the Ranch. Kiss My Face, one of the world's foremost manufacturers of all-natural body care products, operates out of a converted barn on a 200-acre organic farm that, legend says, served as a Revolutionary War hospital. Skydive the Ranch has been the Tri-State's leading skydiving and parachuting school for over 20 years. "We're a private airport so there isn't any other air traffic to slow things down," explains co-owner Kay Hoiby. "This is such a pretty area, which makes [skydiving] especially wonderful."

The sprawling DM Weil Gallery offers original works by owner D. M. Weil—dubbed "one of the most daring abstract painters around" by Contemporary Art Collector—ranging in price from $20 to four figures. On Main Street is HiHo Home Store, which features two floors of unique antiques and gifts. When it's time to dine, Gardiner's environs have a delightfully disproportionate number of worthy options: breakfast/lunch nook the Bistro Mountain Store; the locavore-leaning Café Mio; rustically reliable German eatery the Mountain Brauhaus, which opened in 1955; and Tuthill House, a 1788 gristmill that's now a tavern serving homemade American cuisine. (The latter property is also home to Tutthilltown Spirits, an old-style distillery that produces and sells locally sourced whiskey, bourbon, vodka, cassis, and other high-octane distilled beverages.)

So while Highland, Marlboro, Milton, Wallkill, and Gardiner may look like mere wide spots in the road to first-timers, those same visitors soon find out what hamlet dwellers have long known: The natural surrounding natural beauty and slow-paced, old-fashioned allure of these five distinctly surprising spots are just the beginning of what they have to offer. 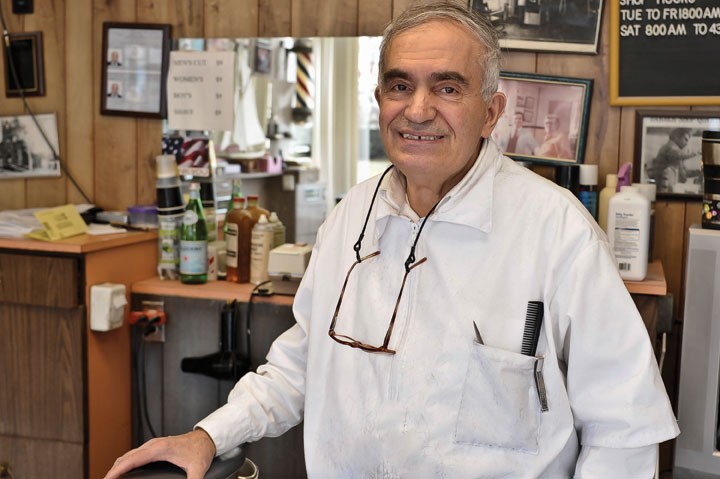 Resilience: Ulster County Pays Local Restaurants to Provide Meals for Those in Need