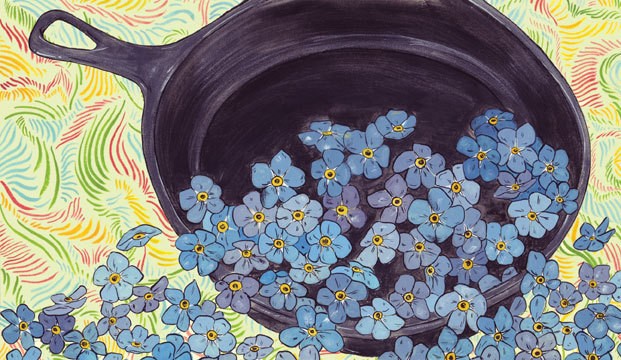 Meredith opened her eyes, rolled onto her side, and stared out the window of her mother’s Winnebago. Trees whizzed by, followed by the peaks of unfamiliar homes, and telephone poles carrying messages from friends, friends who knew each other well, since third grade, and who shared secrets and boyfriends, gossip and makeup, reliving the lives of their mothers and grandmothers in the same town, the same village, the same county as all of their ancestors. Permanent residents, lucky to be living in such stability.

“Wake up, sleepyhead, rise and shine!”

“The early bird catches the worm.”
“I no longer eat worms for breakfast, Mother.”

“It’s easier to catch a fly with sugar than with vinegar.”

Meredith cringed at the constant barrage of platitudes flung from the front seat by the always cheerful Kathleen Lynda Sullivan. Stretching, she placed her feet on the rocking floor and balanced herself as she made her way into the phone booth of a bathroom she and her mother had been sharing for several days. A quick shower refreshed her, enabling her to take over driving duties while her mother lay down for a short nap.

Meredith knew her mother’s fictitious 20 minutes lasted hours, but she did not challenge her optimism. No one challenged Kathleen’s optimism. They just left her in her delusional world as she made her way from town to town looking for work, for a home, for a life worth living.

“Bloom where you are planted,” she would say whenever they hit a new town. Within months, they were uprooting, disconnecting, killing the shoots of hope for a reasonable and stable existence for which Meredith longed.

She turned on the wipers as a light rain began to fall. She checked the rearview mirror. “God Helps Those Who Help Themselves” hung from its arm. She glanced in the mirror at the junk her mother lovingly called her inheritance. It was difficult to miss the distractions of posters, placards, and signs plastered on every available space. “God Doesn’t Make Junk,” proclaimed one poster. “Yeah,” thought Meredith, “then where the hell did all this shit come from?” “Today is the First Day of the Rest of Your Life.” She cringed, wondering whatever happened to the first part of her life. “Children Learn What They Live.” Her favorite. She’s learned that people who run away from their lives can spend a lifetime on the road, and she, for one was tired of running. Watching the flat, desolate landscape whiz by, she thought that even this most inhospitable place was preferable to nowhere. But they were going somewhere. Alabama. Mobile. A job with a second cousin who owned a munitions plant. Secretarial, they both qualified; only one could use a computer, but the other would learn. “If at first you don’t succeed, try, try again.”

Eighteen hours later they arrived at their destination, a small apartment complex two miles from the plant. Meredith climbed down from the motor home, looked around and smiled. A swimming pool glistened in the middle of the complex, and behind it a lush garden filled with magnificent flowers and shrubs. That is what she missed the most. Her garden. When she was little, her father had taught her how to grow beautiful vegetables. He also taught her the secrets of pruning and fertilizing, planting and grafting, and she knew just about every flowering tree and shrub in the southern half of the United States. While her mother filled out paperwork, Meredith toured the grounds. “Someone here loves dirt as much as I do,” she thought.

She bent down to smell the sweet earth, lifting a large clump in her hands.

“Better not eat that stuff,” drawled a deep voice. “It ain’t supper time yet.”

Standing behind her was a slender man, about 22, in a T-shirt and blue jeans, with a bandanna tied around his head. His long brown hair hung behind his ears in a ponytail, and he had a tattoo of a rose on his arm.

“I hope I didn’t frighten you none.”

“No, no, I just was admiring your garden.”

“T’aint mine. I’m the gardener. Mr. Frank, the owner, he says that a garden and landscaping increases the value of property. He owns a lot of property in Mobile, and I make sure all of it looks like an English tea garden.”