Approaching Poughkeepsie from the Franklin D. Roosevelt Memorial Bridge and turning left onto Market Street, you’re confronted with a gleaming and eclectic display of architecture and culture. There’s the glittering marquee of the 1869 Bardavon Opera House. Across the street are the grand facades of the 1903 courthouse and the 1908 YMCA, now an office building. With the Civic Center Plaza and a couple of high-rise hotels as a backdrop, the overall effect is one of the most impressive urban viewsheds of the Hudson Valley, its sparkle promising good times and big doings.

That promise is no lie. The Bardavon is one of several stellar arts organizations based in Poughkeepsie. The Barrett Arts Center, no toddler itself at 76, offers a banquet of classes, exhibitions, and events. The Cunneen-Hackett Arts Center, housed in landmark Victorian buildings created by the Vassar brothers in the 1880s, roves from Shakespeare to poetry slams to Salsa classes, hosting performances and visual arts exhibitions with equal fervor.

On the Cunneen-Hackett’s front lawn stands a metal sculpture created by Michael Ciccone from metals repurposed when the Poughkeepsie railroad bridge was itself being transformed into the Walkway over the Hudson. The sculpture is emblematically titled Momentum and, it could be fairly said, Poughkeepsie’s got plenty.

These venerable institutions are likely to have ardent audiences among new generations for a long while to come, because Poughkeepsie takes care to imbue the area’s young with an appetite for culture. The Children’s Media Project takes a high-tech approach, providing workshops on TV, radio, and film production to young people. Like many Poughkeepsie organizations, the CMP ventures forth to offer its goodies at a variety of Hudson Valley locations. The Mill Street Loft is a multi-arts center for the young, its offerings including an award-winning summer arts camp and programs aimed specifically at empowerment and life skills training through the arts. Poughkeepsie also offers kids the Mid-Hudson Children’s Museum, complete with a planetarium, a giant bubble machine, a climbing wall, and a 12-foot mastodon skeleton, to name but a few of the attractions in a welcoming, hands-on world of wonders.

Higher Education
All of this is in addition to the vast cultural banquet brought to Poughkeepsie by its institutions of higher education. Vassar’s Powerhouse Theatre is a nationally renowned 28-year-old collaboration with New York Stage and Film, typically offering as many as 20 projects in a summer season. The college’s Frances Lehman Loeb Art Center is 36,000 square feet holding over 18,000 works; it’s free and open to the public, with extended evening hours and programs for all ages. (An image from Marco Maggi’s upcoming exhibition “Lentissimo” at the Loeb appears on page 47.) Marist College sponsors the Hudson River Valley Institute, a comprehensive clearinghouse of information about the region’s art, history, ecology, commerce, and more.

Bring on the Night
Around the corner from the venerable Bardavon, Main Street has become one of several centers of a fresh nightlife scene gaining steam in places like Bull and Buddha, Brasserie 292, and Karma Lounge. “The Walkway has done great things for the scene around here- Poughkeepsie’s actually becoming a decent place to hang out,” says Craig Rich, sipping a craft beer at Karma. It’s his sister-in-law’s place and he’s thrilled to show a newcomer around, pointing out the paintings by New Paltz artist Dave Wagner and the rocker photos by Michael Polito, the comfy couch that came all the way from an Los Angeles recording studio, and the courtyard where bands play outdoors in season. Rich grew up in Poughkeepsie, lived in New Paltz for a while, and has moved back home at 33. “We always needed places like this, where people can relax,” Rich says.

Karma proprietor Sally Rich says she’s proudest of her original drinks—creations like the Thai Chili Blood Orange Margarita (“Insanely good” says Rich), the Black Currant Basil Mojito, and the Rosemary Bliss, created with infusions of local fruits and spices. Karma won the Dutchess County Economic Development Council’s Business Excellence Award as Best Newcomer for 2011. “I had to give a speech in front of like 3,000 people,” says Rich, who sold her Harley to keep Karma growing. “I thought I was going to pass out. I’d rather be here.”
Nor does Poughkeepsie lack cafe society. Out near Vassar, Babycakes does it European-style, offering made-from-scratch food and live music. Nearer the bridge, Cafe Bocca, Caffe Aurora, and Lola’s are all well-loved by seekers of edibles, ambiance, and the perfect cup of java.

Good Neighbors
To the north, neighboring Hyde Park’s got its own college: the world famous Culinary Institute of America. Besides offering five restaurants of its own, the alma mater of Sara Moulton, John Besh, Michael Symon, Anthony Bourdain, and Cat Cora has arguably raised the bar for kitchens throughout the region, as promising young chefs imbibe the addictive ambiance of the mid-Hudson whilst perfecting their seasoning skills. Hyde Park’s a history lover’s mecca, with the Roosevelt holdings and the Vanderbilt manse all beckoning you to spend a day learning and exploring.

To the east of Poughkeepsie lies bucolic Pleasant Valley, where you’ll find the Pleasant Valley Department Store, a throwback to the days when malls were scarce and service was sweet. There are some nice places to grab a bite nearby—try the Amore Pizzeria and Cafe for Italian, or grab a burger and a beer at the Publick House.

The Poughkeepsie area beckons you to shake up your routine. Check out DJ Skate Night at the McCann Ice Arena or groove on some grand opera, or dance the night away at the Chance, built for vaudeville in 1912 and still going strong. Wander any of the resurgent neighborhoods—Main Street, Little Italy, or the classy collegiate ambiance of Raymond Avenue—and prepare to be surprised and delighted by the old and the new in a fine small city with a great big heart.

Name and Warhol became close friends, lovers, and collaborators early on, before Warhol became famous. It was Name who helped silverize the Factory in 1963. “I picked up a lot from Billy,” Warhol once said.

Living in a closet at the Factory for a number of years, Name chronicled a veritable encyclopedia of seminal 1960s moments through the lens of a 35 mm single-lens reflex Honeywell Pentax Warhol had given him. It was Name who held the bleeding Warhol in his arms till the ambulance arrived when the pop icon was shot by unhinged writer Valerie Solanas. “We knew it mattered,” Name says of the Factory’s heyday. “We were breaking ground and it had the feel of importance, power and glamour to it.”

Today, Name lives quietly in the second floor of a modest Poughkeepsie two-story with a river view, surrounded by objets d’art from an eclectic mix of cultures. “I landed back here after going all over the world,” he says of his hometown. “Maybe there’s some kind of magnet in it.” When he goes out, he’s a fan of the Bardavon and the cafes of the Mount Carmel neighborhood.

Name’s silkscreened works will be prominently featured in an autumn 2012 Warhol exhibition at the Metropolitan Museum of Art, and his “Photobooth Series” of self portraits are featured in Lid magazine. “How about that,” he says, delighted. “They reached out to me.”

Local Notable: Elizabeth Waldstein-Hart
Elizabeth Waldstein-Hart was born in a small farming town in Iowa and traveled to Nepal as an exchange student. She came home to a job in Manhattan at international antipoverty giant CARE, traveling on its behalf to quite a few of the nearly 90 countries they serve. She and her husband initially settled in Connecticut to begin raising the family, but when Vassar Brothers Medical Center opened its heart hospital, her husband accepted a job there as a perfusionist and the family moved to Hyde Park.

The kids were small, and Waldstein-Hart busied herself coordinating the successful effort to physically connect the Eleanor and Franklin Roosevelt historic sites, working with Scenic Hudson and an alliance of related organizations to create Roosevelt Farm Lane, and working with the Cloud Institute for Sustainability Education.
“I’ll never forget coming over 84 from Connecticut and seeing the river open up in front of me,” Waldstein-Hart says. “I had seen the Nile and the Amazon, but the Hudson and its spectacular setting are the equal of anything anywhere.” When the newly built Walkway Over the Hudson was seeking its first executive director two years ago, Waldstein-Hart sent a resume—and was thrilled to be chosen.

“The Walkway isn’t done just because it’s open,” she says of the linear park that drew 780,000 visitors in its first year and is considered a major contributor to Poughkeepsie’s ongoing revitalization. “It’ll take even more hard work and dedication before we fulfill what it can mean to the public and to this beautiful area and its economic development. I’d love to see a huge art show out there. I’ve got plenty of big ideas—it’ll take us a while but we’ll get there.” 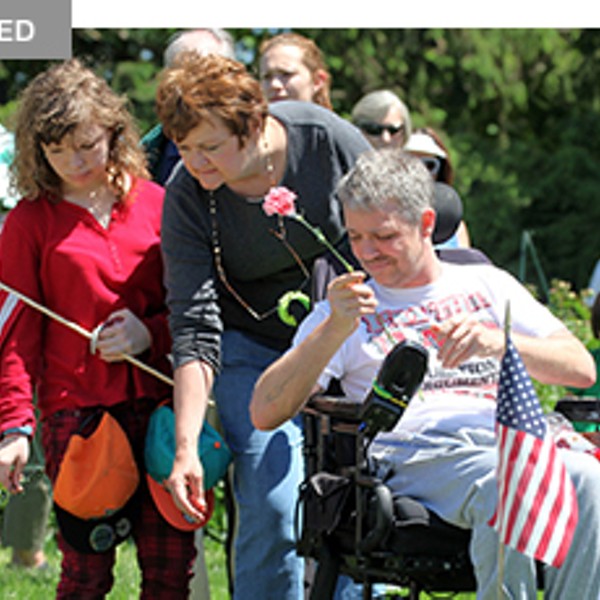 10 Things to Know About New Paltz