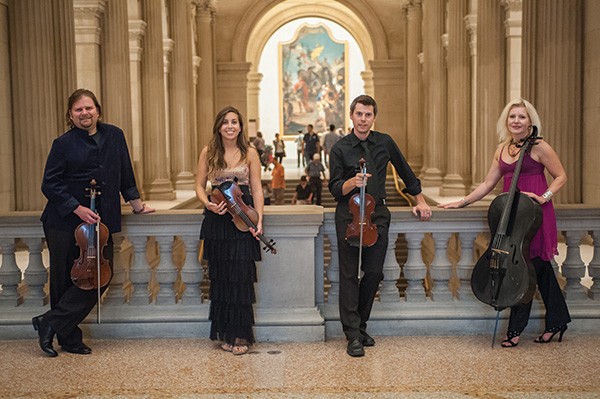 Given the recording's impact on popular music, it's almost impossible to believe that Jeff Buckley made only one proper studio album before his horrific drowning death in 1997. That magisterial debut, 1994's Grace (Sony Music)—which was recorded locally at Bearsville Studios—now tops or ranks high on dozens of greatest-albums-of-all-time lists, including that of David Bowie, who considers it the best album ever made and one of his 10 desert island discs. A sweeping, near-operatic opus that fuses Led Zeppelin circa "Kashmir" with Astral Weeks-era Van Morrison, Grace's soaring drama has long begged for a classical reinterpretation. But now the wait is over: On November 22, the acclaimed modern string quartet ETHEL will unveil a new program centering on Buckley's masterwork at the Hudson Opera House.

"All of us [in the group] have loved Jeff Buckley's music for years," says cellist Dorothy Lawson. "The word 'grace' was already floating around when we were putting together the program, so when we were reminded that this year is the 20th anniversary of the release of the album it just made sense to build the set around those songs and other music that embodies that word." 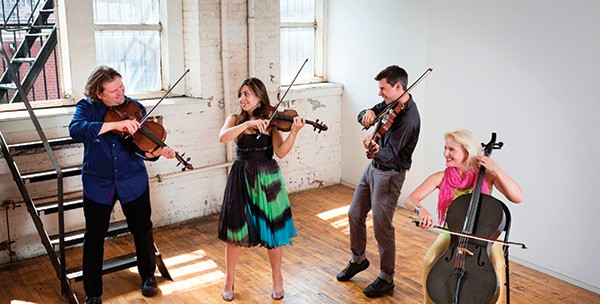 ETHEL, which makes its debut at the Hudson venue with "Grace," was formed in 1998 by Lawson, violist Ralph Ferris, and violinists Todd Reynolds and Mary Rowell; the latter two players have since been replaced, respectively, by Kip Jones and Tema Watstein. Dubbed "the string quartet that sometimes thinks it's a rock band" for its classical-envelope-pushing approach, the New York-based group stands out for its frequent use of amplification, modern experimental bent, and flair for incorporating emerging technology into its music.

ETHEL's identity has also long been defined by its platform principle of artistic collaboration. Along with classical performers like pianist Ursula Oppens and percussionist Colin Curie, the quartet has worked with avant-gardists Iva Bittova, Bang on a Can, and Ensemble Modern; choreographer Annie-B Parson; and composers John Zorn, Julia Wolfe, Don Byron, Phil Kline, Pamela Z, and others. From the rock world, the foursome has appeared with such artists as Joe Jackson, Andrew Bird, David Byrne, and, perhaps most notably, Todd Rundgren, performing with the one-time Bearsville boy on "Late Night with Conan O'Brien" and in concerts centering on their adaptations of his music.

In addition to ETHEL's arrangements of Buckley's songs for "Grace," at the Hudson concert the band will feature music by Italy's seminal soundtrack composer Ennio Morricone (The Good, the Bad, and the Ugly; A Fistful of Dollars) and further works by the modern composers Mary Ellen Chiles, Marcelo Zarvos, and Carlo Mombelli, as well as original pieces created by members of the quartet.

"We always try to think of a concert in terms of its flow, with lots of highs and lows," explains Lawson. "It should be really a journey."

In this case, a graceful journey, to be sure.