Serial entrepreneur Ryan Chadwick has a knack for integrating into the local scene wherever he goes. His string of businesses manage to both speak to the character of a place while filling a need. He’s owned a square-pie pizza shop in Aspen and a sushi restaurant on the Lower East Side as well as a live jazz and French-Creole restaurant.


Chadwick and his wife moved upstate to Tannersville right before the pandemic, and it wasn’t long before his wheels were turning. He pitched the town on reinventing an unused, municipally owned lakeside building in Tannersville as a lobster shack with boat rentals, which he’s run as Tanner’s Boathouse for the past two summer seasons.


Then this past summer, he launched the Kaaterskill Trolley Company, which carries weekend visitors and locals between 10 convenient stops from Hunter Mountain to Palenville and small businesses in between. “I grew up in a coastal town in Maine where we had little trolleys that would go up and down Route 1. I wanted to bring something like that here to get to hiking attractions and waterfalls,” Chadwick says. “I like to take a little bit of everything from the resort towns I spend time in—Aspen, Montauk, Nantucket—and bring in some of the things I do well but are missing locally.” 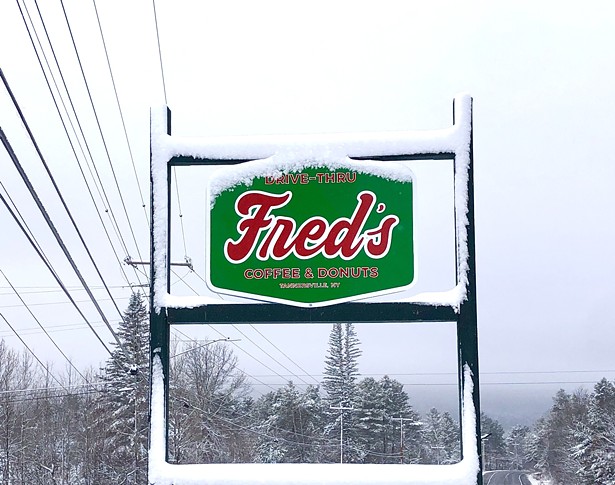 His latest adventure is a to-go coffee and donut spot dubbed Fred’s, which will open in Tannersville between Christmas and New Year’s. “My dad and grandfather, who both passed away, were named Fred,” Chadwick says. “I figured I’d do a little ode to the family. I don't know much about coffee or donuts, but I like to figure things out as I go.”


The menu is small. On the coffee side, pick from drip, classic espresso drinks, or seasonal lattes like cacao and cayenne or nutella (prices TBD). There are four cake doughnuts to choose from—maple glazed, chocolate glazed, classic sugar, and apple cider.


“The idea is building for speed, not people waiting for four to five minutes,” Chadwick says. “There will be no interior. There will be a walk-up window on one side and the other side is a drive-through. People who don’t feel comfortable eating or drinking in their car can sit on the deck.”


Chadwick hopes to cater both to locals on their way to work as well as the pre- and apre-ski crowd. “It’s near a lumber store. It’s somewhere contractors can go,” he says. “We’ll open early—7am—to after the ski mountain closes. So, call it 5pm? Our goal is to stay open year-round.”