Food as Self Care: Oliver Weston Cooks the Healing Foods You Don't Have Time to Make

A decade ago, Hannah Springer began the journey that would soon find her raising two babies in a tiny Brooklyn apartment stuffed with fridges, freezers, and Mason jars. “It started informally. I was health coaching and teaching about bone broth, fermented food—things that are very healing but very time-intensive," Springer says. "People started to ask if I’d make them some—not a lot of people in New York City have a schedule that lends itself to simmering some bone broth. A holistic gynecologist friend asked me why I didn’t just sell food, and I realized the market was right in front of me.”

Springer’s dream of being a nutrition counselor morphed into making broth around the clock in a costly commercial kitchen while raising Oliver and Weston—soon joined by baby Figaro—in a one-bedroom apartment. It was soon clear that in her cooking and the demand of educated palates for medicinal food, she had a tiger by the tail.

“Weston was an infant when we rented the first commercial kitchen,” she says, “and not long after that, seven years ago now, it made more sense for my husband to leave his other job and deliver food, and Oliver Weston Company has been our family business since then.”

When Figaro came along, the one-bedroom thing became “something’s gotta give” and the family spent a year exploring upstate towns before finding their Staatsburg refuge. “We are so completely in love with the Hudson Valley and with the difference it makes to have 2,600 square feet to play with and the whole outdoors. We went as far as we could go and still deliver to the city two days a week, and just never looked back; a few health professionals started referring patients, and the word spread.”

Springer's devotion to the core mission of food as medicine is unwavering. “I have a lot of customers on chemo who find that this food agrees with them and keeps the weight on, and others who have young, growing families like ours and this is how they choose to feed them. We serve a lot of people with different dietary restrictions, and people who tell me how much this changes their kids’ health or their own joint and digestive issues. People who can get off the acid reflux medicine and get their blood levels back where they should be.”

The Oliver Weston menu includes five choices of bone broth and flavorful fermented probiotic veggies like green beans, pink cabbage with apples, or carrots with garlic. “I’ve moved toward less and less dairy over the years, and there’s never any gluten,” Springer says. “Hardly any grain or dairy; everything is digestible and delicious. The focus is on the foundational soups, entrees, and veggies; there are some nice treats and desserts, but more savory options than sweet.” 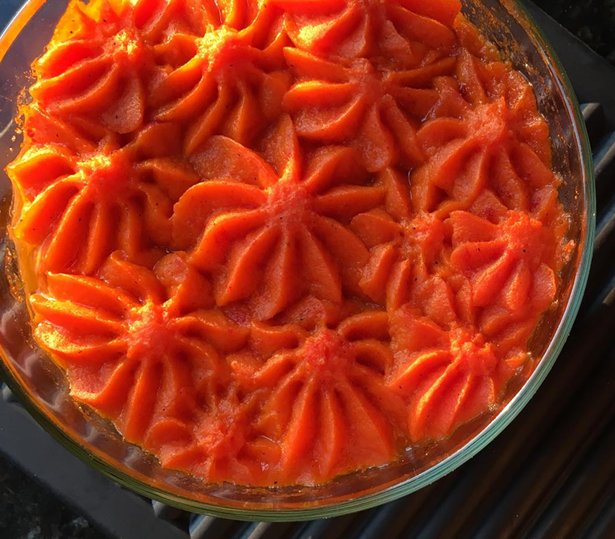 Oliver Weston Company’s upstate journey has evolved to include a kitchen and as-yet-unused storefront on Red Hook’s South Broadway. “We don’t have a store set up, but local people can just text me and come over and get their food. I’m down there cooking in the back, basically all the time, and we still deliver to multiple locations, but people who stop by and pick up get 10% off.” Deliveries can be arranged from New York City and northern New Jersey, up both riverbanks to Albany, and east into western Connecticut and the Berkshires.

The Oliver Weston Company website is a treasure trove of wisdom related to foundational eating, reflective of Springer’s focus on contextualizing the foods she offers and spreading the good word. “Everything is real ingredients that you will recognize and all of it tastes truly great,” she vows. “It’s always fun to surprise people who haven’t explored this kind of eating with the flavor. I mean, I wouldn’t have believed it either. I was on a whole other track. I went to school for women’s reproductive health and then grad school at Columbia for social policy. I’ve always loved to cook, but I never took a cooking class.”

Springer might have thought for a minute that she was trading in her dream of being a nutritional counselor for a bubbling broth-pot, but it turns out she does lots of both. “I I got into this to heal Oliver’s digestive issues and it became a passion.” she says, “and the way it is now, I know all of my customers. We correspond; they text me anytime they want and have access not just to the advice but to the person cooking their food. They’re all my kids. I mean, don’t we all need that person to bring us that bowl of soup just when we need it?”

Text or call (718) 490-2839 to learn more about the creations and services of the Oliver Weston Company.

Serving up Goodness in Chatham