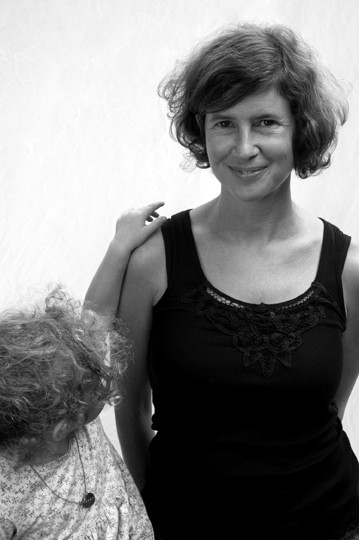 Yet, though it is like this, simply, flowers fall amid our longing,
and weeds spring up amid our antipathy.
— Dogen Zenji, Genjokoan

Last week it seemed that everywhere I turned in my meager daily media diet, I saw something about “slow parenting,” the latest buzz from the movement, which got its start with “slow food” in the late 1980s. Essentially, this newsflash points to the fact that kids need unstructured time and space in order to develop into well-adjusted adults. Apparently all the jacked-up schedules, toys, and extracurricular activities that privileged, type-A, “helicopter” Überparents have been pushing are not only unnecessary, but can also actually be harmful. Obesity, attention-deficit disorder, plummeting test scores, spoiled brat behavior, anxiety disorders, violence: Turns out, Baby Einstein wasn’t the brightest bulb in the batch. So lots of people are turning down the dial and trying to, as New York Times blogger Lisa Belkin titled her latest piece on the matter, “let the kid be,” making an effort to connect with nature, the world, other people. Slow parenting advocates are encouraging people to relax, and to release their kids from their anxious, narcissistic expectations of them. This can only be good. And yet the whole thing makes me feel funny.

I grew up in a small town in Michigan at the end of a dirt road. My parents practiced a form of retro-slow parenting bordering on neglect with me and my two older brothers. My dad worked—he was an auto-parts salesman who eventually bought, then lost, his own store—and my mom stayed home. I am not sure what she did all day, but I guess she cleaned the house while we were at school or in our playpens because it was always spotless and she certainly never hired someone to help her like so many of us do these days. Things were different then. My mom talked on the phone, watched soaps, loaded us kids into the station wagon sans car seats or even seat belts to “run errands,” did laundry, chain-smoked, had friends over for coffee, and cooked things with method-based descriptors, like chicken-fried steak and twice-baked potatoes. And we watched TV, played in our rooms, beat each other up (or tried to, in my case), developed the psychological wounds that make us who we are today.

We were in different worlds: kids and mom. My mom had a vague sense, I’m sure, of what I was doing in school—learning to read and write, for instance. But nothing like the “how much homework do you have and let me help you study for the math test” kind of (s)mothering that is expected these days. If it hadn’t been for a buddy from English class who insisted I apply to Antioch College, I never would have gone beyond my barely passing high school “education.” My parents were pleased when I was accepted, but not very involved in the process, to say the least. The dark side of being a free-range kid.

So for me, allowing Azalea to play by herself in the backyard for hours is not hard. Saying “She’ll live” is no big deal. It’s easy for me to give her space to grow. And if you’re like me, a person who gets over-stimulated by call-waiting, it’s a necessity to raise a child without all the beeping frenzy that’s making people crazy and distracted, and the benefits are clear: This morning I caught Azalea standing perfectly still near the front door of the screened-in porch. I asked her what she was doing and she said, “listening to an owl.” Cool! She eats chocolate chips in increments, savoring each bite, stashing some away for later. She doesn’t get that kind of impulse-control from either of her parents, so perhaps it really is our quiet, no-TV, sit-by-the-side-of-the-river-for-fun life. In our house, slow parenting comes naturally, and truly is delightful. But as we hear in Zen, even golden chains can bind.

Let’s be honest: Parenting is really tough and it’s a hell of a lot easier to fixate on appearances than to understand the subtle workings of relationships. And it’s compelling to point to the over-the-top hoverers, the helicopter parents, and cluck in disdain: Gigantic, expensive birthday parties?! For infants! Putting a GPS in their backpack?! SAT prep in 5th grade!? Mandarin-speaking nannies!? Following them to college!? People! Get a life! I can see how this kind of behavior could turn kids into objects and parents into perpetually unsatisfied puppeteers, trying to control their kids into fulfilling them. But I have to say, as someone who grew up with the opposite problem, the thought of having parents so interested in me is kind of appealing.

And even more to the point, just because our family is relatively low-tech, kind of crunchy and un-ambitious (so far), that doesn’t necessarily mean that the really important stuff—attachment, connection, relatedness, repair—is in good, working order. They are two very different things: parenting style and parenting substance. And it can be easy to forget that. I have no idea how Azalea is experiencing our life here in Slow Shangri-la. Maybe she feels, as I did about my mom, like I am more interested in creating a nest than nourishing the child plunked in the middle of it. I know that one of the reasons Azzie is so good at playing by herself is because I am often too busy “slowing down” to engage with her: baking bread, gardening, doing zazen, keeping the house cozy and tidy, doing dishes around the clock. And all of that on top of all my job-work! In the blink of an eye, slow turns inside out and I am determined to cross items off my list of things to do, caught up in trying to satisfy some idea of how I think my family should be, look, operate. I get mired in the parent trap with everyone else, thinking more about myself and my need to have things a certain way, than my child.