Yet, though it is like this, simply, flowers fall amid our longing,
and weeds spring up amid our antipathy.
— Dogen Zenji, Genjokoan


When Azalea announced that she was going to be a spider for Halloween, I was thrilled and relieved, as if our family were being spared the princess thing for one more year. Unfortunately, our little town’s Halloween parade took place an entire week before October 31. So when Azalea figured out that there was another opportunity for dressing up on the horizon, she made no bones about it: “I don’t want to be a spider for the real Halloween. I want to be a princess.”

When I was a little girl, of course I wanted to be a princess too. Or at least treated like one. I don’t think there’s anything wrong with wanting to be an uber feminine, royal, even magical being. But princesses aren’t what they used to be, not since Andrew Mooney, chairman of Disney marketing, sniffed out the perfect way to hook little girls (and their moms) by launching a whole new brand called, simply, Disney Princess. Even Azalea who lives in a home without a TV, or Cinderella anything, and has watched Snow White once, halfway through, is vulnerable to the princess pandemic. When we go to Target to buy a pair of sneakers or sunglasses (or, alas, a princess dress the night before Halloween), and I find the plainest, least branded items I can find to offer her as choices, she sees all the princess paraphernalia in the background and, like a good little puppy, can hear the high-pitched call.

Andrew Mooney is psyched, but nonchalant: “We simply gave girls what they wanted, although I don’t think any of us grasped how much they wanted this. The counsel we gave to licensees was: What type of bedding would a princess want to sleep in? What kind of alarm clock would a princess want to wake up to? What type of television would a princess like to see? It’s a rare case where you find a girl who has every aspect of her room bedecked in Princess, but if she ends up with three or four of these items, well, then you have a very healthy business.”

Healthy, and how! In 2000, when Mooney was hired, annual Disney sales were around $300 million. Five years later, after he launched the Princess line, Disney was raking in $3 billion a year. That’s a tenfold increase! Clearly, something primal is being tapped into. A desire to be loved? Beautiful? Passive? Honestly, I’m not sure, but $3 billion dollars worth of whatever it is going to add up to some seriously widespread (and monotonous) gender conditioning.

I know that compared to some families, we may seem kind of fruity, or a little precious. And lots of seasoned parents like to razz us for all our intentionality, for thinking we actually have a hand in Azalea’s fate. I get it, and as much as I do understand that you can’t sequester a child from “reality,” I am not ready to completely give in to Mr. Mooney’s, or any other corporate sponsor’s version of that reality. In terms of the princess thing, clearly what a lot of parents say is true: It’s a phase! They’ll grow out of it! Indeed, there aren’t a lot of grown women walking around in taffeta, toile, and tiaras. But that’s missing the point. I admit that I think Disney stuff is supertacky and I just don’t like it. But what feels worthy of a little old-fashioned resistance is the way the Princess Industrial Complex takes advantage of and gives life to little girls’ fantasies. Offering all the products, theme parks, games, and getups makes their trip to the Magic Kingdom so real that a) kids’ imaginations are bound to become less active, and b) the message that life is always fancy may be difficult to let go of as they grow up and are confronted with the ordinariness of the world. And what else am I supposed to be doing as a parent if not helping guide my kid through her environment and her own mind? It’s not a good idea to make mainstream culture some kind of forbidden fruit, but we’d be crazy if, as parents, we didn’t offer some alternatives when we can.

Princesses aren’t the only game in town.

In one of the most well-known Mahayana Buddhist sutras, “The Holy Teaching of Vimalakirti” (the story of a famous layman who fell ill and was visited by all the Buddhist dignitaries— human and celestial alike), a goddess appears and has an exchange with one of the great bodhisattvas of all time, Reverend Sariputra. Even though the Buddha’s official word on the topic was that women could realize enlightenment, the Buddhist tradition, like any other, has its share of misogynist views and adherents. After the goddess displays her magical powers in several impressive ways, Sariputra, who believes that only men can experience true realization and is thus baffled about why she is still in her second-class female form, asks her, “Goddess, what prevents you from transforming yourself out of your female state?”

The Goddess answers, “Reverend Sariputra, if a magician were to incarnate a woman by magic, would you ask her, ‘What prevents you from transforming yourself out of your female state?’”

To which Sariputra replies, “No! Such a woman would not really exist, so what would there be to transform?”

“Just so,” the Goddess answered. “All things do not really exist.”

She went on to change Sariputra into a woman, which took him by surprise and helped him realize the emptiness of every single thing, including gender.

Kind of the opposite of what Mooney’s princesses do.

Every day, Azalea wants to be someone new—either someone from a book she read, or a movie she watched, or a made-up name from the recesses of her imagination: A-kalea-shina. Even though sometimes it feels a little dissociative, not to mention irritating when I am trying to communicate with my daughter and she refuses to respond because I forgot to call her “Lucia” or “Sofia” or “Mei,” I know that it is her imagination at work, her experiment with reality, her version of shape-shifting a fundamentally empty identity, which is very cool. And if at some point, by osmosis, she learns the names of the Disney princesses—Snow White, Mulan, Aurora, Jasmine, Belle, Tiana, Arielle, Pocohantas, Cinderella—and wants to manifest their princess form, that’s cool too. The point is that by avoiding the onslaught of Disney details, she may be freer to actualize her own version of Snow White.

And who knows? Maybe Snow White isn’t so chipper all the time, cleaning up after all those thwarted little men. She may actually be a powerful goddess who, as Vimalakirti says, “can live wherever she wishes on the strength of her vow to develop living beings.” 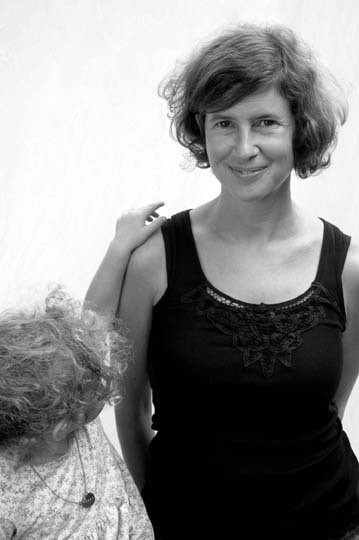