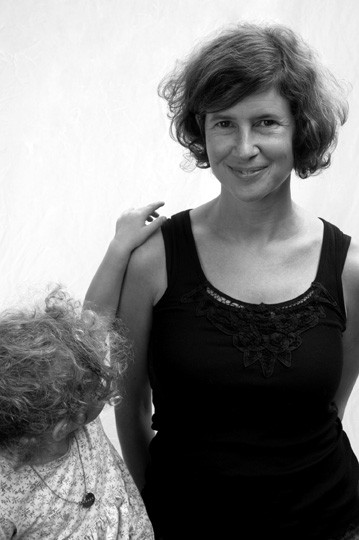 Two articles about parenting came to my attention recently and have gotten me thinking. Both are interesting in their own right, but side by side they are even more compelling.

The first one I came across is by Karen Maezen Miller, a Zen priest and author of Momma Zen. It's called "Not Teaching Children to Meditate" and was posted on her blog. Her main point is that "Children don't need to learn to mediate. Parents do." She believes that children are "exemplars in the art of being" already, and that "how you behave in your home is their spiritual upbringing. I think we have to be careful with all forms of ideological indoctrination, and that is what spiritual training is in children: the imposition of a set of abstract beliefs and ideals."

The other I heard about on the radio. It is by historian and Yale Law Professor Amy Chua, and was published in the Wall Street Journal. Titled "Why Chinese Mothers Are Superior," the piece is an excerpt from Chua's forthcoming book Battle Hymn of the Tiger Mother. In it, she describes how she, as a Chinese mother (the Jewish Dad seems to be in the background), has raised two Carnegie Hall, performing, uberkids, beginning with a list of things her girls have never been allowed to do:

So on the one hand: an American Zen mom saying that she trusts her child's innate goodness and capacity so much that she doesn't even want to meddle as much as it would take to teach her to meditate. (I am glad the Dalai Lama's parents and handlers didn't feel this way.) Miller writes, "Isn't it funny that the fact that our children are undistractedly doing what we don't want them to do absolutely drives us crazy?! They don't yet have problems concentrating! We more often have trouble loving and accepting them as they are, trusting that they are changing and growing all the time, and usually doing what they need to." I hear what she's saying, but....full-body-and-mind begging to play ONE MORE GAME OF UNO, PU-LEASE, IT WILL MAKE ME SO HAPPY may well be what Azalea really "needs to do," but as her parent, I believe that what I need to do is "indoctrinate" her regarding a few "abstract ideals," spiritual and otherwise, such as: Enough's enough.

And on the other: "There are all these new books out there portraying Asian mothers as scheming, callous, overdriven people indifferent to their kids' true interests. For their part, many Chinese secretly believe that they care more about their children and are willing to sacrifice much more for them than Westerners, who seem perfectly content to let their children turn out badly."

And herein lies all the juicy assumptions: What does it mean to turn out badly, or goodly? Chua writes that "tenacious practice, practice, practice is crucial for excellence." I don't think anyone could refute that, but am I just betraying my totally pedestrian nature when I ask, how important is excellence? Do we all have to be the best at something? Professor Chua and her daughters look happy (haughty?) enough in their publicity shots, but we all know people who have suffered at the hands of these kind of driven parents too. And when white folks do it, we call it neurotic, helicoptering, get-a-life overparenting.

And yet, Chua has it right when she talks about teaching children to do anything, which includes, in my opinion, spiritual things: "This often requires fortitude on the part of the parents because the child will resist; things are always hardest at the beginning, which is where Western parents tend to give up."

Yesterday morning, as all of this was percolating in me, Azalea expressed a desire to earn some money for a toy she was craving. Honestly, I am ambivalent about having her "earn money" at this young age because she should be helping to help. However, I thought it might be interesting to see what would happen. So I said, hey, I could use some help with these mountains of laundry, which is outside of the realm of her usual chores.

"Okay!" she said, and was ready for the fun to begin.

She started by grabbing random items from the pile and making floppy little packages with them. If I hadn't been so aware of this whole question of acceptance of what is versus pushing for excellence, I might have just said, "Thanks, honey," and waited for her to lose interest in the whole shebang and go off and play. But instead I decided to foster a little of my own inner Chua-style Chinese Mother and actually teach her how to fold, like for real. Not exactly math drills, but a start.

When I got serious and slowed her down, really explaining how to lay the front of the shirt on the floor, line up the hems, fold the sleeves in, etc., she bristled at first, saying, "No, Mama, I want to do it my way."

To which I replied, "Nope. You are going to do it my way. The right way."

And she squeaked a few more times, saying she already knows how to fold. Ordinarily, I might have thought this was kind of tender, that maybe learning makes her feel vulnerable, thus she wants to avoid it, thus I shouldn't push the matter. But this time I said, "No, you don't. But I'll teach you."

I have to say, it felt great. No fussing about, oh, well, gosh, this is just my humble way of folding and maybe they do it differently in other houses or countries, so maybe I shouldn't be forcing my conditioned ideas about folding onto my daughter. It was just, hey, let's get you down with the laundry program.

When one of her shirts had two sleeves inside out, Azalea immediately handed it to me, saying, "I can't get it right."

She tried and tried, pulling sleeves through sleeves, even cried a little out of frustration, but I just sat there, not budging, until she figured it out.

And then she hopped along to pack up some dolls for a playdate—the No. 1, most gloriously ordinary girl on Earth.