Judith Simmer-Brown is a professor of Buddhist studies at Naropa University in Boulder, Colorado. She is an Acharya, or senior teacher, in the Shambhala Buddhist lineage, dean of the Shambhala International Teachers’ Academy, and she teaches widely on Buddhism and contemplative education. This is the second-half of an interview conducted following a retreat led by Brown at Zen Mountain Monastery.

I have a four-year-old, and my husband and I tend to be pretty clear about consequences, but sometimes I feel like we’re too hard on her, and expect too much. I wonder if we should be more emotionally indulgent—the whole kids-will-be-kids thing. We get so many mixed messages.
That’s right. I think that’s really, really difficult. When we were raising our kids we just had no idea how they were going to come out. And given how karma works, who our kids are is not based entirely on how we raise them. They have their own karma, as well. It’s very important to understand that we don’t own our kids; they aren’t just a product of what we do. They also have their own integrity and their own stream of cause and effect, and personalities and styles, separate from what we do.

At the same time, as we do in our practice, don’t we also have to take responsibility for what we’re putting into the pot?
That’s right. Our piece of it is very much there. The basic view in Tibetan Buddhism is that when children are conceived, there are three kinds of bodhichitta [the mind of enlightenment] that come together at the same moment. There is red, from the mother, white from the father, and blue from the previous life. And when the child develops in the womb and grows up, they are the product of the mother, the father, and their previous life.

My daughter is constantly asking me, “Where was I before I was in your tummy?”
Oh, how wonderful! And how do you answer?

I say, “Well, honey, I’m just not sure. Where do you think you were?”
Aren’t children just great? They just really inquire about these things.

How would you answer that question for a four-year-old?
I think you answered it beautifully. It’s better not to go off and develop too many theories for her, and to let her come up with a solution that works well for her.

What is the Tibetan Buddhist teaching on reincarnation, as it relates to children?
There’s a 49-day gap between lives, and every child who is conceived is somebody who has died—and when they say 49 days, it’s sort of metaphorical. The mind continuity from the previous life has its particular karmic tendencies, and it looks for an auspicious joining of mother and father. And when the father and mother are making love, the spirit will enter into the woman’s body. The attraction of the child to parents may be neurotic, and then the parents have to be very awake. Or the child may be more awake than the parents, or it may be attracted to a situation where’s there’s an opportunity to teach or serve the parents or to live out some previously unexpressed aspect of karma. There are a lot of different possibilities, depending on the amount of awakening in the previous life.

We are taught that karmic consequences are very connected to our intentions, and in my adult interactions, I can see how this is true, how my intentions end up manifesting eventually, even if I say the completely wrong or insensitive thing. But with my child, my intention feels less important somehow, and I need to be so much more careful about what is actually happening in my body, mouth, and thought.
That is what I mean about children being such magnifying mirrors. And we make mistakes. I think one of the things we can do as parents is really let our children know when we’ve made mistakes. We can’t try to be perfect. We’re human, and we have to keep really open hearts, and open communication with our children about our own journey and what’s going on with us.

I recently noticed that since my daughter turned three and became so much more verbal, I’ve given myself permission to be a little more liberal about what is appropriate, as if she weren’t a baby anymore and could handle more of me. It’s been a hard year because of that.
You lost your seat as an adult.

Exactly.
Well, so many things we learn the hard way.

Yes, I do a lot of atoning and move on.
Exactly. And I found these annual retreats I went on [for more on this, see Part 1] could purify things. It was actually a kind of reviewing the year, and seeing how things had been, and giving myself the space to catch up with myself and take a breather before going into another year.

Is it just part of our human mind to never think that anybody else could be as rotten as we are?
Yes, that’s part of our neurotic practice. We’re so self-involved that we think we’re the only ones suffering! [Laughs.] It’s so amazing. And that’s why this is so powerful—communicating these kinds of things with other practitioners and mothers, it’s really great. The notion that you have to be perfect to be a parent just makes it so much worse. The only people who can be bodhisattvas are those who are ensnared in the tangles of the world. It’s only with that kind of engagement that bodhichitta can actually be generated. It’s such a lovely reminder that parenthood allows us to actually be better bodhisattvas.

I feel like, for a lot of us, that can be a real resting place, and we can think that just by working with our own children, this can be the beginning and end of our spiritual practice.
I think the biggest problem is that our motivation, when we work with ourselves and our kids, is attachment to our children, and not serving our children as a piece of our service for the larger world. The thing I really worked with a lot when my kids were little was reminding myself that there were many, many children all over the world and I should see my children as just representatives of the many sentient beings, so that parenting would be an act of opening up to a bigger world, rather than closing down and make my kids special. And I think that really takes a lot of work and reminding. 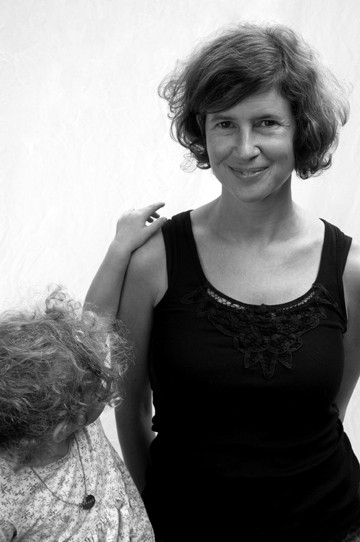