From Visual Art to Music and Cocktails, Your Weekend's Virtual Event Calendar Delivered

When New York State first went on pause in mid March, the abrupt hush that befell the Hudson Valley’s normally buzzing arts and culture scene was an unsettling reminder of how strange and dire the times were. But in the six weeks since lockdown started, brains have been wracked, websites built, tech-adversity overcome, and events reimagined in a digital context.

The Hudson Valley art scene is back and online! Break up your serial streaming, with these five virtual events happening this week.

On April 30 at 7pm the Woodstock Film Festival in collaboration with Rough Draft Bar & Books will host a livestream conversation with famous actor, writer, and director Tim Blake Nelson, best known for his roles in Holes, The Incredible Hulk, The Ballad of Buster Scruggs, and Oh Brother Where Art Thou. Woodstock Film Festival executive director Meira Blaustein will moderate the conversation as part of their virtual films and conversation series. They will chat about Nelson’s career, his industry secrets, and his work with the Coen Brothers and other directors. The conversation will be aired on Facebook Live and Zoom. Those interested are encouraged to register ahead of time.

The masterwork of artist Harvey Fite, Opus 40 is a breathtaking 6.5-acre bluestone sculpture and earth artwork amidst a sylvan setting in Saugerties. Though the park would normally open for by now, the season opening has been pushed to May 17 amidst coronavirus restrictions. On Friday, May 1, the nonprofit will host a virtual concert and cocktail recipe demonstration on Zoom from 6 to 8pm. First, The Outside Institute’s Laura Silverman will teach viewers how to make an earthy, May Day-inspired cocktail, followed by a live Celtic folk-rock performance from Simi Stone and The Shaker. Tickets are $20 and will include an ingredient list for the cocktail and a coupon for an appetizer assortment from Blue Mountain Bistro. 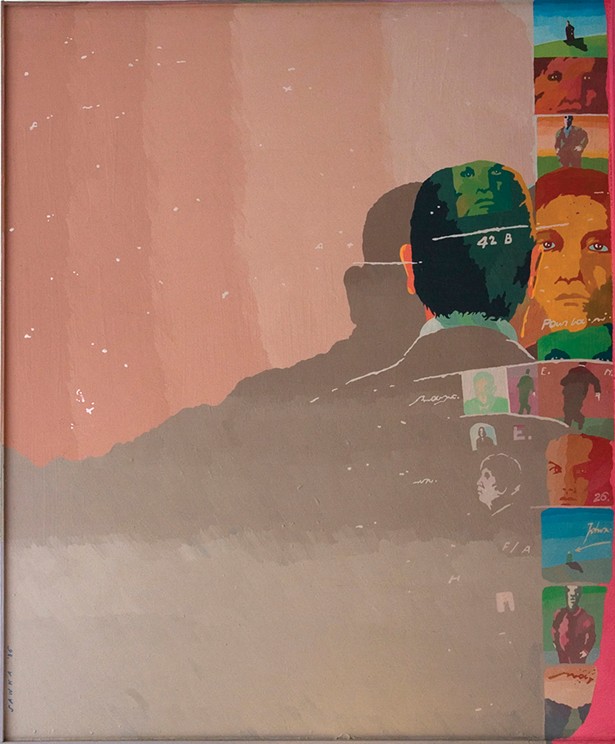 Nearly 3,000 miles apart, two universities, SUNY New Paltz and RAFFMA, are both currently displaying the visionary work of iconic, Polish-born artist Jan Sawka. The artist’s first retrospective at SUNY New Paltz’s Dorsky Museum took place in 1989. His second, “The Place of Memory,” a colorful, evocative collection of 46 paintings and drypoint etchings, debuted on February 8, a week after the grand opening of “Golden West? Jan Sawka’s California Dream” at RAFFMA. Due to COVID-19, showings of both exhibitions were halted. But the two universities’ gallery staff is coming together to host a live online symposium on Saturday, May 2 at 1pm to discuss the life, work, and achievements of Sawka. There will also be live Q&A chats for the viewers to ask questions.

On March 24, Hugo Award-winning and bestselling sci-fi and fantasy author N.K. Jemisin released her latest novel, The City We Became. Part ode to New York, part treatise on gentrification, the book has been praised in publications like the New York Times and the Washington Post. On Saturday, May 2 at 7:30pm, acclaimed writer and Bard professor Neil Gaiman will chat with Jemisin on a live webcast as part of his ongoing Fisher Center series where he chats with fellow artists about the creative process. This event is presented in collaboration with Oblong Books & Music and will be aired on UPSTREAMING, Youtube, and Facebook. Oblong will also be sending out signed copies of The City We Became to the first 250 people to purchase the novel from their website. Ahead of the livestream, read our exclusive interview with Jemisin on the novel, the history of New York City, and the threats it faces today amidst the rapidly advancing tide of gentrification and homogenization.

“Live from The Falcon Archives: Adam Levy & The Mint Imperials” | 5/4

Well known for his work with Norah Jones, songwriter and jazz guitarist Adam Levy’s March 2011 set at The Falcon will be streamed live from the Faclon archive on Saturday May 2 at 8pm, along with that of Irish pop trio The Mint Imperials, and blues instrumentalist Bill Sims Jr. Last year, Sims Jr. died, though his legacy as an artist and music director lives on. Popular film credits include Miss Ruby's House, American Gangster, and An American Love Story. In signature Falcon-style, the show is free but donations are encouraged, with all money supporting the artists and the staff that is currently unemployed while the venue remains closed.

Opus 40: Back to the Stone Age