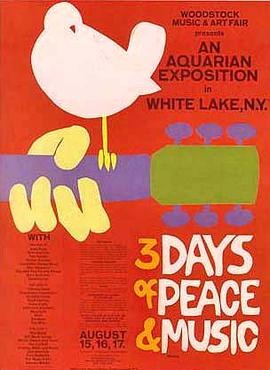 There’s much afoot in the Hudson Valley, always. As June jumps into July, here’s another click-generating list of wonderful things for you to do.

As this year marks the 50th anniversary of the 1969 Woodstock Festival, there have been several events celebrating the occasion and foreshadowing August’s Woodstock 50 festival. One such happening is “Road to Woodstock,” a multimedia event that will take place July 5-7 at the Emerson Resort and Spa in Mount Tremper. The weekend kicks off with a Q&A and book-signing reception with original Woodstock Festival promoter Michael Lang and also promises a Woodstock ’69 photography presentation by Amalie R. Rothschild; a film screening from Oscar-nominated director Barbara Kopple’s Woodstock: Now & Then; panel discussions, artist displays, live music, yoga, and more. https://emersonresort.com/road-to-woodstock-weekend/

Classic rock lands in a big way on June 29 for the 2019 Tail Winds Music Fest at the Hudson Valley Regional Airport in Wappingers Falls. Packing the bill for this all-day, outdoor rockapalooza is the Chris Robinson Brotherhood, Black Stone Cherry, Geoff Tate’s Operation: Mindcrime, King’s X, and Sass Jordan. Craft beer and food vendors will be on site, and helicopter rides will be available. https://www.tailwindsmusicfest.com/

Singer-songwriter and studio engineer Chris Maxwell is one of the most vital figures on the local music scene. Whether performing on his own or with others or recording with his film/TV music project the Elegant Too, the ex-Skeleton Key guitarist is a tireless auteur. Currently, he’s hosting a new series at the Pines in Mount Tremper called “Kill the Songwriter,” which, according to him, “showcases a brilliant gaggle of tunesmiths trading licks and swapping stories.” On June 29 at 9pm, the series will present Marcellus Hall, Holly Miranda, and Ambrosia Parsley. https://catskillpines.com/

In the annual Summer Arts Preview of the June issue of Chronogram, we covered the goings-on at the Rhinebeck Writers Retreat, which offers the writers of stage musicals a seasonal residency in which to develop their projects. This summer, the facility is hosting a whopping 27 musical theater writers and will present its yearly “Meet the Writers” series, which runs across five Saturdays in July and August and allows the public the chance to hear songs from the creators’ new musicals. The performances will take place at various locations, and the series begins on July 6 at 5pm with the presentation of Janine McGuire and Arri Lawton Simon’s "Borders" in Red Hook (see website for details). https://www.rhinebeckwriters.org/

Batik Workshop at the Bevier House

Strongly identified with the traditions of Indonesia—although archaeology has found ancient examples in Egypt, China, Japan, and Nigeria—batik is an age-old artform that uses a process of wax-resist dyeing applied to whole cloth to create patterned, vibrantly colored textiles. At the historic stone Bevier House in Marbletown on July 13 from 11am to 3pm, artist Jill Obrig will teach this nearly forgotten art form in “Batiks of the Catskills,” a day-long class intended for 15 students. Admission is $45 for members of the Ulster County Historical Society or $55 for nonmembers. www.ulstercountyhs.org