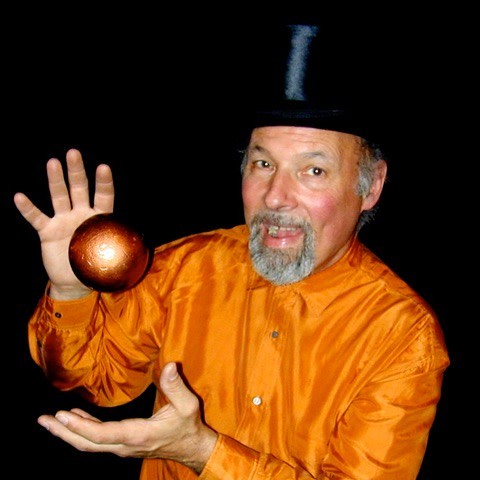 On January 3, 4, and 5 at the Center for the Performing Arts at Rhinebeck, magician Andy Traub will present “Tricks of the Trade: A Magician’s Show and Tale.” Traub’s one-man magic show features recollections about his career that are conveyed with classic magic routines, puppetry, mental gymnastics, card tricks, and psychokinetic effects. Performances take place at 8pm on January 3 and 4 and at 3pm on January 5. Tickets are $10. (845) 876-3080.


2020’s inaugural First Friday Poughkeepsie will see the now monthly city-wide celebration of food, art, and music return to the city on January 3. Held in a different Poughkeepsie neighborhood on first Friday evenings from 5-8:30pm, the event is intended to increase awareness of the city and showcase it as a thriving, safe, and attractive place in which to live and do business.

How about Lindy hopping your way into the New Year? If that sounds too daunting, don’t worry: You can simply enjoy the exquisite music of local Django Rhinehart disciples the Metropolitan Hot Club on January 4 at White Eagle Hall in Kingston for an evening titled “Swing into the ’20s.” The event starts at 7:30pm and includes a beginner swing dance lesson at with Linda and Chester Freeman of Got2Lindy Dance Studios (no partner or dance experience is necessary). Admission is $20.
FILM

For its Silent Sunday series, the Rosendale Theatre will screen two of silent film icon Charlie Chaplain’s most celebrated comic masterpieces, The Immigrant (1917) and City Lights (1931), on January 5 at 2pm. The romantic comedy The Immigrant features Chaplain’s frequent costars Edna Purviance and Eric Campbell, while City Lights follows the misadventures of his beloved recurring Tramp character and has been ranked by the American Film Institute as one of the best American films ever made. Pianist Marta Waterman will provide live accompaniment. Tickets are $6.


Boasting members of Hudson Valley/Western Massachusetts groups Pigeons and PG Six, the Weeping Bong Band, as the name suggests, trades in blissful, beautifully sad psychedelic sounds. On January 10 at 8pm, they’ll join fellow experimentalists Mike Donovan (Drag City Records) and Johnny Young to lay down jams at the Half Moon in Hudson. Call club for ticket prices. (518) 828-1562.
To find out about more upcoming events in the Hudson Valley, subscribe to our weekly newsletter Eat. Play. Stay.