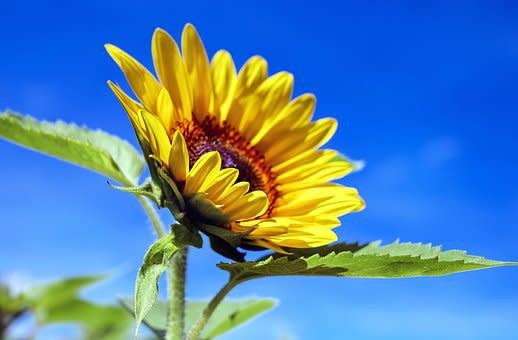 Starting on August 7, one of Dutchess County’s most beloved summer events, the annual Sunflower Festival, returns to Barton Orchards in Poughquag. The glorious horticultural celebration features five lush acres filled with nearly 100,000 sunflowers of numerous varieties. Admission includes a hayride to the field and one flower of your choice, as well as access to the orchard’s fun park for kids (adult supervision required). Live music and food are also available. Tickets must be purchased online in advance as they will not be sold at the door. Children three and under are free! In order to comply with COVID guidelines, limited tickets are available online only.

Time & Space Limited (TSL) in Hudson will present another installment of its ongoing, outdoor “Parking Lot Live” series, which each Saturday presents a screening of a classic film preceded by a live musical performance. Tickets are $10 for movie only, $10 for music only, or $20 for both. The socially distanced events take place in TSL’s spacious parking lot and feature food as well as entertainment. On August 8, the center will show the 1936 comedy classic My Man Godfrey at 8:45pm following live music by the duo of Karen Schoemer and Eric Goulden with opener TBHQ at 8pm (rain date: August 9).

When the pandemic closures set in, Kingston gallery and art space Green Kill wasted little time in getting live streaming in place to showcase performances by local artists. On August 12 at 8pm, the facility will broadcast live readings by area poets Mike Jurkovic, Guy Reed, and Cheryl A. Rice via YouTube Live. 2016 Pushcart nominee Mike Jurkovic’s poetry and musical criticism has appeared in over 500 magazines and periodicals. Reed is the author of Second Innocence and the chapbooks The Effort to Hold Light and Still Life with Acorn. Rice is a the coauthor (with Reed) of Until the Words Came. A $10 donation is requested; funds go to the artists.


On August 13, Radio Woodstock will present “An Evening with Grace Potter,” a rare solo performance by the acclaimed singer at the Hi-Way Drive-In in Coxsackie. Potter, the Grammy-nominated leader of Grace Potter and the Nocturnals, has appeared on bills with the Rolling Stones, Willie Nelson, the Allman Brothers, Jackson Browne, Mavis Staples, and the Roots, and collaborated in the studio with Flaming Lips. The live concert will also be broadcast on drive-in’s big screen with sound experience via the drive-in’s FM signal. Ticket prices per vehicle: General Admission vehicle $180 (up to four people per vehicle) and Reserved VIP Front/Second Row/Third Row Vehicle $280 (up to four people per vehicle). Gates will open at 6:30pm for socially distanced tailgating, music will begin at 9pm. All COVID-19 safety measures/guidelines will be ensured.

Although COVID-19 has forced the Hudson Valley Shakespeare Festival to cancel its 2020 performance season at the Boscobel estate in Garrison, this month sees the illustrious, 33-year-old event keeping the Bard’s spirit burning by taking its popular developmental reading series online. On August 13 at 7:30pm, the festival will present “Seize the King,” Will Power’s five-person reinterpretation of Shakespeare’s “Richard III” performed at the Classical Theatre of Harlem. August 20 features Erin Shields’s “Paradise Lost” starring Nance Williamson, while August 27 promises a new, untitled Agatha Christie project by Heidi Armbruster. A $20 donation per performance is suggested; registration is required.