Five Hudson Valley Happenings for the First Week of August 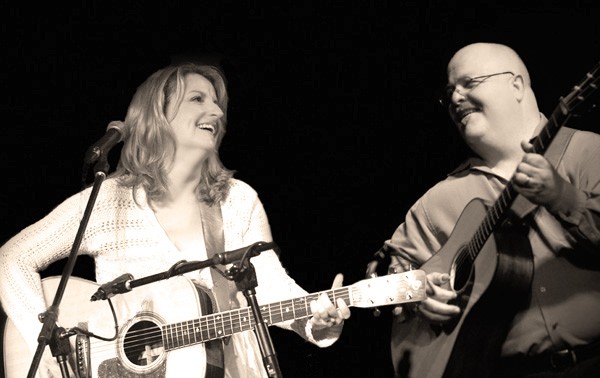 Hudson Valley filmmaker, explorer, and activist Jon Bowermaster is always up to something good, it seems. Tomorrow night, August 1, at 7:30pm, he’ll be in attendance for a Q&A when his newest documentary, Ghost Fleet, is shown at Basilica Hudson during its free Non-Fiction Screening Series. The film follows a small group of activists who risk their lives on remote Indonesian islands to find justice and freedom for the enslaved fishermen who feed the world’s insatiable appetite for seafood. Thai abolitionist Patima Tungpuchayakul, who has committed her life to helping these “lost” men return home, faces illness, death threats, corruption, and complacency—but her fearless determination for justice inspires her nation and the world. https://basilicahudson.org/

Called “one of the sweetest, purest, and best lead voices in the music business today” by no less than Dolly Parton, award-winning bluegrass artist Claire Lynch grew up in Alabama but was born right here in Kingston. On August 2 at 8pm, she returns to the region of her birth when she performs with guitarist Jim Hurst at Unison Arts in New Paltz. The former leader of the Front Porch String Band, Lynch has written songs that have been recorded by the Seldom Scene, Patty Loveless, Kathy Mattea, Cherryholmes, the Whites, and others. Among numerous other nominations, Hurst received the International Bluegrass Music Award for Guitar Player of the Year in 2001 and 2002. www.unisonarts.org

Watercolorist Betsy Jacaruso teaches painting and curates exhibits by local artists at her studio and gallery in Rhinebeck. On August 3 from 5-7pm, the space will host a reception in celebration of this month’s showing of new works by 33 artists working in a variety of styles. Among those whose creations are on display in the gallery throughout August are Franc Palacia, Tess Miller, Mark Hopkins, Richard Chianella, Dean Vallas, Ellen Jouret-Epstein, Lisa Winika, Sean Bowen, and Roxie Johnson. The reception will feature live music by Chris D. and Chuck Jacob’s Delta Blues and Beyond and light refreshments. https://www.betsyjacaruso.com/

Bang on a Can’s LOUD Weekend at Mass MoCA

Since 2002, New York-born contemporary music organization Bang on Can has found a welcoming summer home at Mass MoCA in North Adams, Massachusetts. From August 2-4 at the arts center, the association will present its inaugural LOUD Weekend, an eclectic roster of minimal, experimental, and electronic music. Among the attractions at the festival are the Sun Ra Arkestra (led by 95-year-old saxophone legend Mashall Allen); – the iconic 1931 film Dracula with Philip Glass’ acclaimed score performed live; Brian Eno’s pre-ambient classic Discreet Music performed by Toronto ensemble Contact; a communal, open-to-the-public “performance” of Pauline Oliveros’s “The Worldwide Tuning Meditation"; a solo set by electronic multi-instrumentalist and singer Julianna Barwick, and more. https://massmoca.org/

In addition to her being an impressive blues rock guitarist and singer-songwriter, New Jersey’s Debra Devi is the author of the book The Language of the Blues: From Alcorub to Zuzu. No doubt she’ll speak some of that blues language at the Falcon in Marlboro on August 7 at 8pm, when she performs there in support of her new EP, Wild Little Girl. In the studio Devi has collaborated with Gov’t Mule bassist Jorgen Carlsson and Black Crowes keyboardist Rob Clores, and touring slots have seen her support Marshall Crenshaw and Ana Popovic. Opening for Devi at this date will be local blues rock prodigy Dylan Doyle. https://www.liveatthefalcon.com/