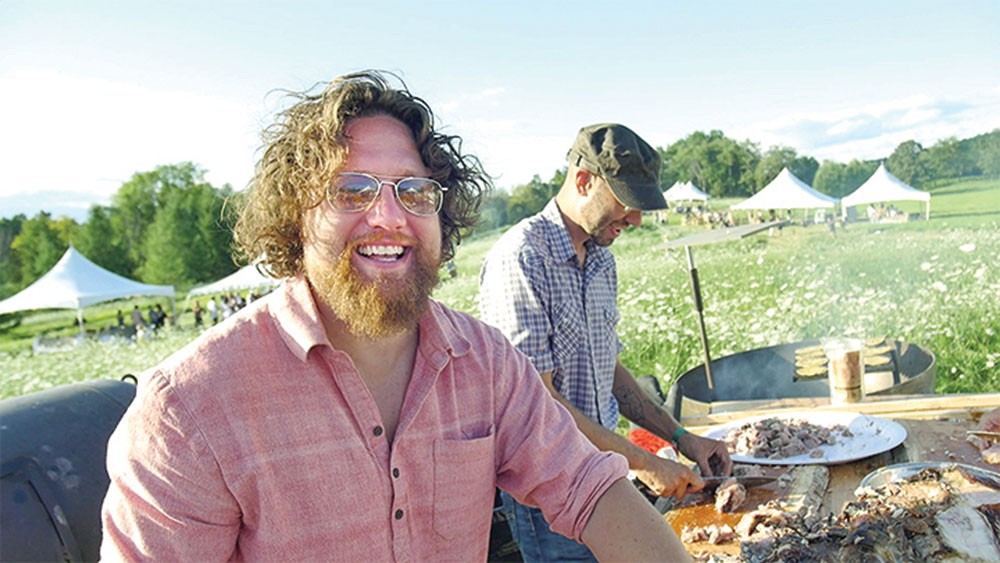 Fish & Game in Hudson epitomizes a new era of food preparation engendered by groundbreaking culinary players like Diner in Williamsburg and Fleisher's Craft Butchery—a hyper-local, hyper-fresh, holistic approach that is as likely to use the whole animal and doesn't shy from foraged foods. Winner of the 2016 James Beard award, chef Zak Pelaccio (pictured above) will put his skills on display on August 11, for the fourth annual Play with Fire event, a day of open-fire cooking on the Fish and Game farm in Hudson. The lineup of collaborators includes all-star chefs like Jess Shadbolt and Clare de Boer of King Restaurant, Nick Curtola of Four Horsemen, and Negro Piattoni of Metta. The plein-air roast will also include artisanal cocktails and a live performance by Club d'Elf (featuring John Medeski), followed by DJ sets and other live music, concluding finally in a twilight bonfire. Play with Fire is on August 11, from 3pm to 9pm. Adult tickets are $195. All donations go to The Heirloom Foundation.