Pilates is on par with yoga in trendy modern fitness modalities, though unlike yoga, which is thousands of years old, pilates is a relatively recent invention. This fitness system is all about strengthening, lengthening, and toning your body through exercises that often involve specific equipment that helps develop alignment, coordination, endurance, and balance.


The inventor of the exercise program, Joseph Pilates, was born in Germany in the late 19th century. His father was a gymnast and his mother was a naturopath. He struggled with several health issues during his childhood. At some point, he lost eyesight in his left eye, either from an assault at the hand of neighborhood bullies or an unfortunate boxing accident. The details are lost to history, but either way, the incident prompted Pilates to take an interest in his health and start training in gymnastics, like his father.

When World War I broke out, Pilates was living in England. As a German, he was forced into an internment camp on the Isle of Man with other German prisoners where he spent the remainder of the war. In the camp, it was easy for prisoners to lose their strength and overall health, often succumbing to illness. Watching the cats and other animals that would roam around the camp, Pilates took note of how they stretched their bodies. Taking inspiration from this, he developed a matwork routine that helped keep himself and other prisoners in shape, which may have helped them survive the Spanish Flu outbreak that swept the camp later on.


After the war, Pilates moved to the United States with his wife where they built upon his original matwork routine, and patented his first spring resistance apparati, to create what he originally called “contrology.”


The Rhinebeck Pilates studio uses some of the original equipment that the movement’s founder, Joseph Pilates, built himself and patented over 60 years ago. “I am one of only two studios in the world to have this special, historical apparatus, owner Elaine Ewing says. “People travel from all countries to experience this equipment at my studio.”

The whole body is engaged during Pilates, with a focus on the breath, helping to establish a mind-body connection. “It is the complete coordination of the mind, body, and spirit,” says Ewing. Through diligent practice of these exercises, she claims that someone can gain back inches in height as they relearn correct posture and biomechanical patterns. “It really enhances everything that you do,” she says.


Ewing, a third-generation Pilates instructor, has been teaching the authentic method for over 20 years. She learned her craft through master teachers like Sean Gallagher and MeJo Wiggin, and hers is one of the only studios in the world that includes the original equipment from Pilates’ own studio in New York City. “[The studio] used it up until I bought it, so it was always in use, and it still is,” she says.

In the wake of the COVID-19 health crisis, Rhinebeck Pilates has been teaching virtual group pilates classes through Zoom. The only thing needed to participate is an internet connection and the MindBody Scheduler, which can be found on the Rhinebeck Pilates website. No prior experience with the exercise method is required. 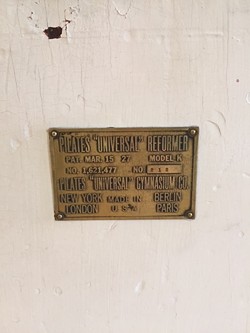 For more advanced students, with training in proper apparatus use, Ewing is also renting out her studio equipment, which would otherwise just collect dust during this period. “Staying active and engaged mentally, physically, and spiritually is imperative to our well-being,” she says. Ewing is offering monthly rentals of Wunda chairs, low rigid matts, small barrels, and hand weights. Rentals come with a class commitment, and are first come first served. If you’re interested email her at elaine@rhinebeckpilates.com or call (845) 876-5686.