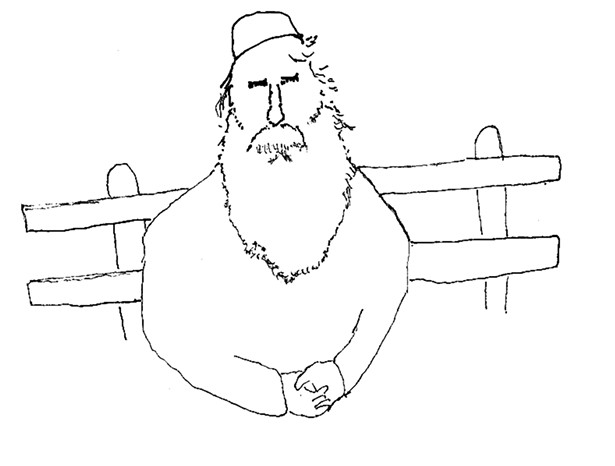 2) Be willing to look old. Aged faces can be iconic. We live in a culture that despises superannuated people but loves antiques—a tragic paradox. Try to resemble a Victorian lampshade.

3) Writing palindromes is the secret to mental youthfulness. (A palindrome is a word, phrase, or Supreme Court decision that reads the same backwards and forwards.) At night in bed, just before falling asleep, I often practice this genial art form. Here are some recent palindromic compositions:

No! Help pin a nipple, hon!

Do not refer to Nod.

In words drown I.

Thinking in two directions at once strengthens both halves of the brain.

4) Vary your walking speed. Walk slowly and thoughtfully, like a rhinoceros, for a while—then skitteringly, like a sandpiper.

6) Touch trees. Humans have faces in the front, but trees have 360-degree faces. Close your eyes and learn the braille of a tree's skin.

7) Play the tonette every day. Do you know what a tonette is? It's a plastic, flute-like instrument that essentially anyone can play. My tonette has seven holes, plus one in the back, which seems to add an octave. I only use mine outdoors. (In my opinion, music should be unconfined by houses.) I live between a mountain and a creek. The mountain is called Romer Mountain. The creek is called the Esopus. I walk outside, usually in the afternoon, and play my tonette for two or three minutes: quick avant-garde noodlings, or methodical sequences that sound like music exercises for eight-year-olds.

A bad musician is still a musician. Though I have no "talent," I am still a tonette player! No one can deny that!

14) Grow wise. Most experts on aging advise "staying young," but that's nonsense. The youthful are young; that's their talent. The aged should, instead, grow deep in wisdom.

How do you become wise? I have no idea.

15) Learn to fail. Most of us attempt to get better and better at our hobbies and careers. We want to improve as tennis players, as firefighters, as sushi chefs. But what we forget is that failure is also a talent—often a more adaptive talent than success. Life is mostly a series of defeats, which usually catch us unawares. But if you willfully undertake projects at which you're destined to fail—designing a solar-powered rocket ship, for example—you'll develop the strength necessary to live for years and years and years. So choose a task you'll never do well and start trying. Attempt to master backgammon or to cure cancer. It's up to you. (And possibly, just by dumb luck, you'll build a solar-powered rocket ship!)

16) Love your bacteria. We speak of a wine aging, or a cheese, or anything that is catalyzed by bacteria. Well, guess what? Humans are one or two percent bacteria, by weight. That means that if you weigh a hundred and sixty pounds, you're carrying around nearly two pounds of single-celled organisms, mostly in your intestines and on your skin. Forget about your "Inner Child"; consider your "Inner City" of bacteria. Study your own microbial colony; learn what these beneficial creatures enjoy. Buy a jar of artichoke hearts, place a few in your salad, eat them, and notice how your bacteria react. Are they delighted? Insulted? Try other foods. (In theory, they should respond to miso soup, yogurt, kefir, red wine, and other foodstuffs that include bacteria, but your particular bacterial subculture may have its own preferences.) Co-evolving with your microbes is the happiest way to age.

19) Do everything as slowly as possible. Orr, a character in Catch-22, believed he would live longer by doing tedious, repetitive tasks, like taking apart a radio and putting it back together. For example, when you leave the bathtub, dry yourself so slowly that most of the water just evaporates. If you live slowly enough, one hour becomes three hours and twenty minutes.

21) Read joke books. I found The Treasury of Clean Jokes for Children by Tal D. Bonham on the free shelf of the Phoenicia thrift shop, so I took it home. Here's a joke I opened to at random:

Brandon: Today on the school bus a little boy fell off his seat, and everybody laughed except me.

Teacher: Who was the little boy?

This joke has the virtue of also being a Buddhist parable. (Come to think of it, this could be one way to become wise: reading joke books.)

27) Take a nap. Napping is an art, like ceramics. A great nap can reinvent a day. You awake to clearer, fresher air—happier air. And old people are allowed to nap—it's considered basically a virtue.

30) Make new friends and have tea with them. Coffee is for chatting; tea is for real talk. (Coffee suggests a "coffee break," a rushed, finite time. Tea is timeless.)

31) Ask for help. All of us need assistance, and as we age, we need more of it. By the time you're 79, you'll need more friends than ever! So start asking for help—with cooking, cleaning, dog-grooming. Ask young people, but also ask the aged; even people older than yourself! (Three hundred octogenarians can lift a car, easily, if they act together.)

I have a friend—I'll call him Portsmouth Pete—who, in his youth, would ask every single woman at a party to have sex with him. More often than you'd expect, one would say yes—a complete stranger! (His ratio of success was approximately 1:26.) Once you are aged, you need the same spirit of blithe request. Who knows why someone may wish to help you? Perhaps their guru instructed them to. Perhaps they're incredibly bored. Or maybe they're plagued by guilt because they recently robbed a bank. In any case, there's no harm in asking. And don't be bitter if they say no. Notice if this 1:26 ratio still holds.

In Defense of Aging

The more
farsighted
I get,
the closer
are the stars.

42) The best part of getting old is that you can stop worrying about becoming famous. Until you're 24, there's a chance you'll be a celebrity, even if you're completely talentless. But as time goes on, that possibility diminishes, and by the time you're 71, it's infinitesimal. Also, you'll have lost touch with that Inner Circle. When you open People magazine, you've never heard of any of the stars (okay, maybe two out of 80). There's a whole new pantheon of good-looking, empty-headed people with interchangeable names like Ryan Fletcher and Owen Basil, as unknowable as Polynesian deities. Besides, you're already famous in your neighborhood, or in your occupation—known as a trustworthy orthodontist in Northern Long Island or an excellent social worker in Arkansas—and that's good enough. Instead, you root for one of your grandsons to become world-famous.

51) Stand up for your beliefs. There's nothing like a 93-year-old woman at an antiracism rally to bring tears to everyone's eyes. Be that person.

52) Give advice. As you grow wiser, more and more people will ask you for advice. Your nephew—or grandnephew—will ask, "Should I go to graduate school?" You must reply, even if you have no answer. One possibility is to follow Jesus's example—invent a meaningless parable. Say: "A farmer had a field. She planted half of it with barley and half with corn. Within the barley, some corn sprang up, but among the corn, no barley grew." Then sit back, smiling enigmatically. [Notice the non-sexist language. One should always aspire to be less sexist than Jesus.] 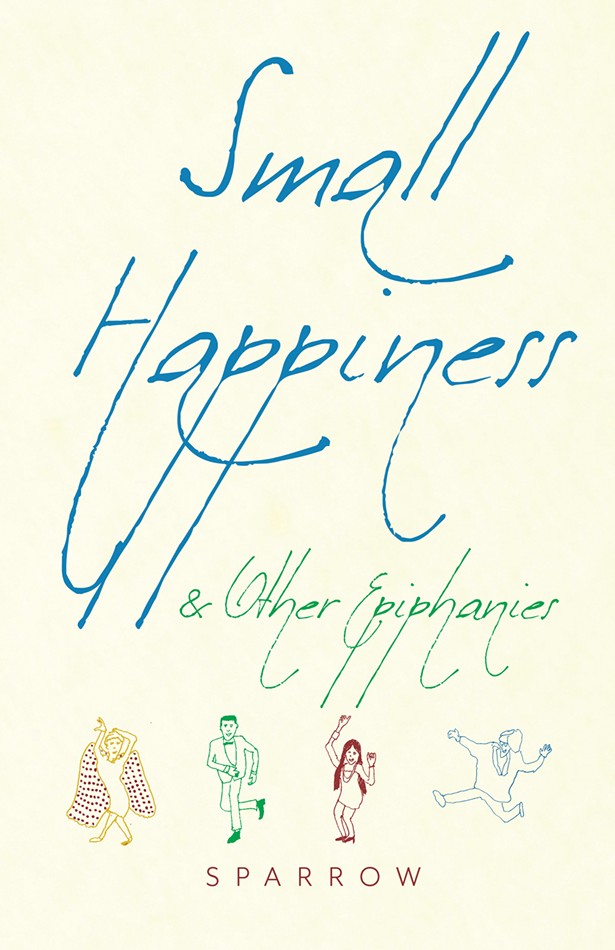