Finding Ourselves in the History of Expert Advice

What We Didn’t Used to Think About

I recently shared an essay with my mom about my dad, myself, and food. Its focus was the particularly bleak period when I was 12 and miserable, after my dad's business had gone bankrupt, and he and my mom were divorcing. I described our dim, rented kitchen, him in it, and my sadness in watching him cook up canned potatoes, etc., etc. My mom was sweet in her response to the piece, but a little evasive about the content, which made sense. As a parent myself, I always wonder how my A is taking it all in, this life of ours, and I have some trepidation about the day when she sits me down and tells it like it is, and was.

So I was a bit surprised when, after the conversation loosened up, and my mom shared her feelings about that time, then said, "Gosh, honey, I don't think I ever really thought about how you were reacting to the divorce, losing everything, moving around. I guess I was really wrapped up."

Over the years, my mom and I have had many conversations about how parents "just didn't think about those things [i.e., smoking while nursing, children's feelings, etc.] back then." And we often laugh about it. While I think there might be more to the story than that's just the way "things" were, of course it is true that generations parent differently, even when we aren't aware that we are being carried by the tides of a historical moment.

For instance, my mom, when she did reach out for advice on, say, fevers, looked to Dr. Benjamin Spock, whose motto was "You know more than you think." And go figure, my mom's takeaway from those times was that she was "mostly calling on [her] own gut instincts." My mom also reports making an effort to be affectionate with us kids, trying to compensate for her own "cold" mother, another thing Doctor Spock encouraged. And lo and behold, my grandmother's parenting style, while certainly stemming from a rigidity all her own, had developed during the time of Dr. John Watson-style behaviorism, a culture where parents were, among other craziness, discouraged from soothing crying children lest they get spoiled. Children were viewed as a bundle of instincts to be conditioned—not quite people, yet. Which is where Dr. Spock came in, and introduced the radical notion that parents should actually relate to their kids, let go of all that punishment/reward stuff, and just relax.

So while my mom thinks she was reacting to her mom, and I often think my own parenting is in reaction to my mom—maybe not. There is often someone else steering this great ship heading toward the Mother Land, and it's usually a guy.

The Family-Industrial Complex
Take now. Some of us Spock-raised kids, the ones whose parents "trusted themselves" enough to leave us, in our fully realized human state, to our own newly empowered devices, have turned to Dr. William Sears's "attachment parenting" model as a way to assuage the feeling that all that relaxing made us feel pretty neglected. As the stereotype of Sears's followers goes, nothing—not sleep, nor privacy, nor jobs, nor marriage—will get in the way of ensuring that our kids never feel rejected, disconnected, or unloved. Where our parents were chilling in the backyard with G-and-Ts as we beat each other to a pulp, our generation tends to be more self-conscious, maintaining a posture of earnestly, authentically being available to our kids, holding up our phones for photos as a way of reminding ourselves, them, or Time itself, that we see them. Paying attention is great, but attempting 24/7 attunement might also be a reaction to something. The fact there are 70,000 parenting books in print does suggest that we are feeling pretty lost. 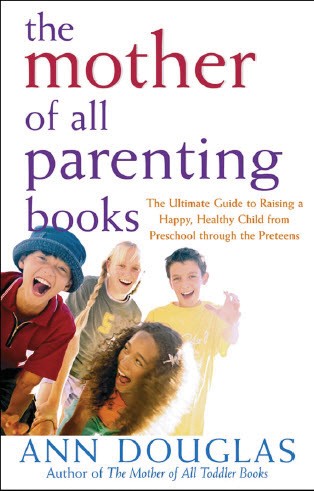 The thing is, before the Industrial Revolution in the West, parenting advice consisted of ways to keep your kids alive. Soon after, a middle class appeared, and with it, the concept of leisure, home, a woman's place in it, the very concept of childhood, and legions of male experts publishing mass-produced books telling women what to do with this new-fangled family. Voila! The family industrial-complex was born. And our innate parental authority began its slow leak. Sure, we might not want to hang a baby up on the wall all day like the early American moms did, but they were too busy making a life to doubt themselves. Which, frankly, sounds like kind of a relief.

The Parenting Hotline
Not that we needn't ask for help. A 24-hour hotline connecting us to the information gathered by those who have studied child development might be a good idea: "My daughter is worried that her classmates hate her. What should I do?" But we have so many different approaches to parenting available to us, clogging up the lines of communication between us and our kids, the phone tree lady-voice would first have to ask, for instance:

If you believe that children's social dynamics are best left to children, press 1.

If you believe that children need some guidance from adults in order to learn how to work social dynamics out, press 2.

If you believe children need adults to intervene, lest they get hurt beyond repair, press 3.

If you believe that social dynamics are only a problem in children who are not physiologically well regulated, press 4.

If you believe that teaching empathy is more important than protecting your child from fleeting hurt feelings, press 5.

If you believe that the very structure of the classroom creates the social dynamics of which you speak, thus your hunch that she should be removed from school, press 6.

If you believe that the reason you are fixating about your child's sadness is because of the pain you yourself endured as a child, press 7.

Instincts vs. Experts
Sometimes we just need a little tech support, but who can get it when we have to navigate this jungle of assumptions, approaches, beliefs, and three-point plans for branding our family to success? How can we know which expert to trust when we don't know what we think? And how can we know what we think when there is an army of experts undermining our basic instincts?

It's funny how things come back, looking familiar, but meaning something entirely new. Take beards and work boots. Or cupcakes. Or taking ourselves seriously as heads of households. Taking a stance of trusting ourselves in the context of anxious expert overload is not the same as our parents' benign neglect, or the preindustrial need to not worry about such things.

In fact, it seems to me that our generation is in a great position to integrate the news that children are, as Spock pointed out, people. And so are we. We are not ideas or action plans. We have our own complicated stories, personally and historically. So maybe we can hold on to the hope of being great parents, carry on with the dream of creating a loving family, but keep an eye toward the past, checking to see if we are reacting to history, or repeating it.

And then we can sit back, turn on the sprinkler, and watch them do their human dance.