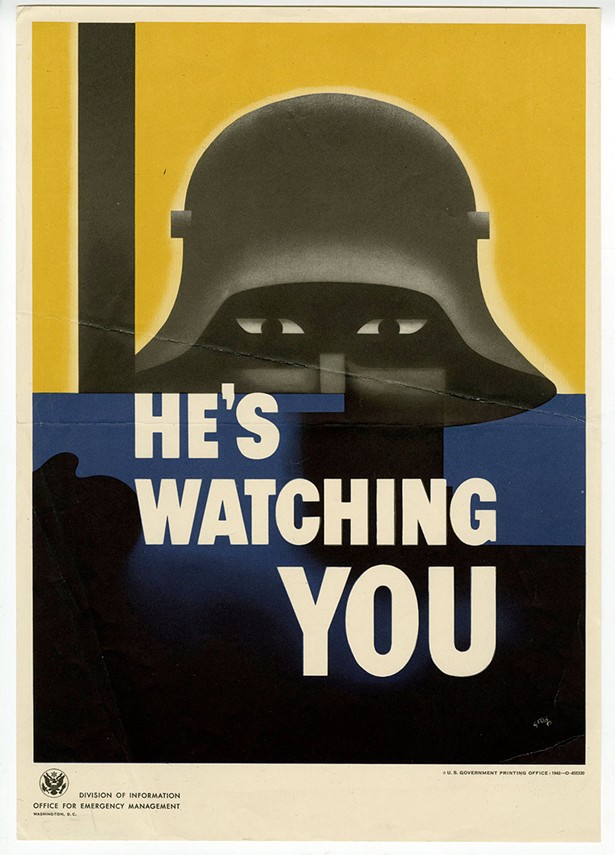 Bullets, bombs, and bayonets were the primary weapons of World War II, but other, more nuanced, forms of war were waged as well. Words, posters, and films waged a constant battle for the hearts and minds of the American citizenry just as surely as military weapons engaged the enemy. Persuading the American public became a wartime industry, almost as important as the manufacturing of bullets and planes. The US government launched an aggressive propaganda campaign to galvanize public support, and some of the nation's foremost intellectuals, artists, and film makers became warriors on that front. "The Art of War: American Poster Art 1941-1945," on display through the end of the year at the Franklin D. Roosevelt Presidential Library and Museum in Hyde Park, features over 150 World War II posters drawn from the library's collection of over 3,000 wartime posters, including contributions from Norman Rockwell, James Montgomery Flagg, and N. C. Wyeth.

"The Art of War: American Poster Art 1941-1945" is on display through December 31 at the Franklin D. Roosevelt Presidential Library and Museum in Hyde Park. For more information visit the FDR Library website or call (800) FDR-VISIT.

"Sharon Bates: Exhibit B" on Display at the Opalka Gallery