Farm-to-Label Cannabis Comes to the Berkshires 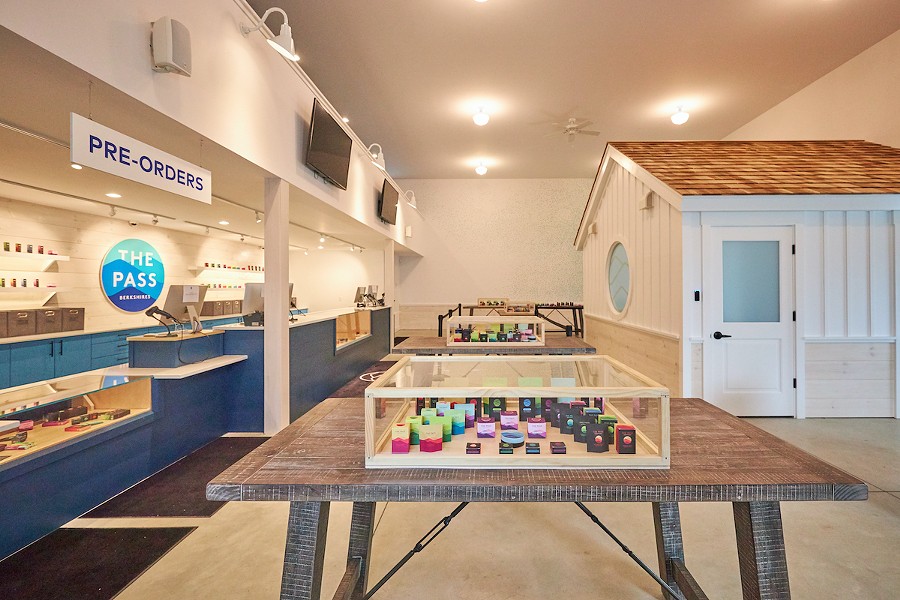 Forget the map of red and blue states—the US is beginning to flip green. In this year’s election alone, four more states (New Jersey, Arizona, Montana, and South Dakota) legalized recreational marijuana, bringing the nation’s total up to 15. In nearby Massachusetts, recreational cannabis was legalized in 2016, and in the past few years the Berkshires has become an epicenter of innovative cannabis-related agricultural and entrepreneurial efforts.


With this July's opening of The Pass in the quiet mountain town of Sheffield just outside of Great Barrington, the region’s recreational cannabis consumers have a new name to look to in conscientious sourcing.

"Cannabis sits at the intersection of nature and culture," says The Pass's Marketing Manager, Ally Brown. The company's name is a nod to that relationship; The Pass is a triple reference to its physical location in the mountains, the legal status cannabis carries in the state, and the communal tradition of passing of a joint.

Founded by Berkshires residents Michael Cohen and Chris Weld, the vertically integrated dispensary espouses a “farm-to-label” philosophy that will be familiar to anyone already riding the farm-to-table train.

In addition to a sleek retail space, the Sheffield site has a 5,760-square-foot outdoor greenhouse, a 7,200-square-foot multi-level indoor growing facility, and a lab for manufacturing its own products from the flowers grown just outside its doors. "Having our flower production on-site ensures that our customers are getting the freshest cannabis possible," says Head of Cultivation, Pete Steimer.

After the flowers are harvested, they’re dried and cured on-site, then third-party tested for pesticides and microbials. The flowers are then sent to a dedicated “trim trailer” where the team hand-trims buds for sale or sends them over to the lab for extraction into the distillate that’s the basis for its products like gummies and vape cartridges.

From testing to store, the packaged products are normally in customers hands within a few weeks—in contrast to the six-plus months Steimer says you'll find with retailers who purchase from an outside source. "Time spent on the shelf allows terpenes and cannabinoids to degrade if not stored properly," says Steimer. "This is where The Pass really shines in my opinion; being able to ensure all of our flower is fresh, terpene-rich, and high in active cannabinoids."
in-house

Because so much care goes into growing and manufacturing, education is at the heart of The Pass’s retail process. All of its branded products—from flowers to pre-rolled joints, vape cartridges, concentrates, edibles, tinctures, and topicals—are categorized by whether the plant was grown indoors or outdoors, then further divided into effect categories that include Sativas, Indicas, or hybrids of the two. 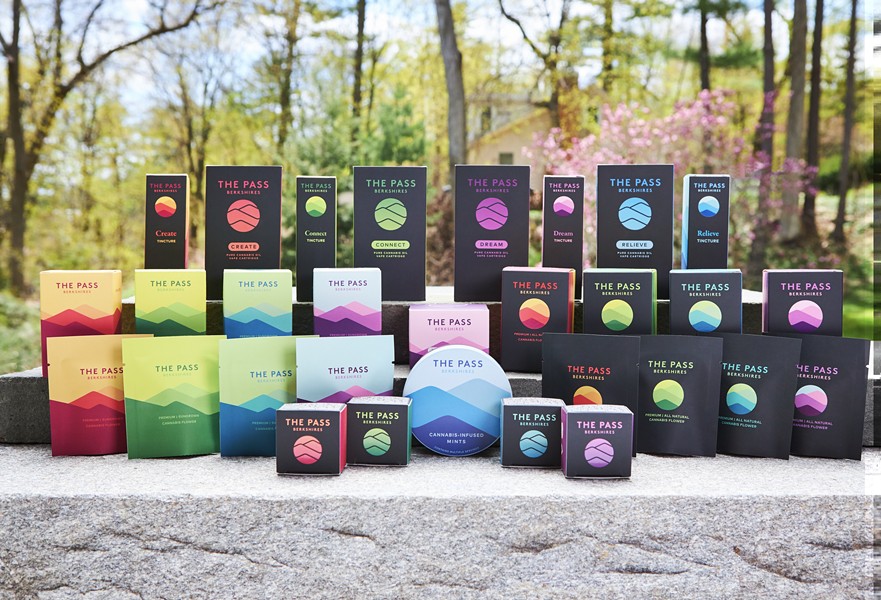 If you’re visiting the retail space, any of the team’s “budtenders” can walk you through the menu and explain the differences between products. Or if you know exactly what you want, you can pre-order online for pickup the same day.


After only five months, the rise in popularity of The Pass’s products has been meteoric. “As soon as our in-house products hit the menu, we sell out rather quickly,” says Brown. As a result, the team is already in the process of opening a second growing site just down the road for its five additional greenhouses. “The ability to open our second site will help us dive into our hopes and goals of being found in dispensaries throughout the state as well as expanding and diversifying our in-house menu,” she says.

For use only by adults 21 years of age or older. Please consume responsibly. Keep out of the reach of children.This product has not been analyzed or approved by the Food and Drug Administration (FDA). There is limited information on the side effects of using this product, and there may be associated health risks. Marijuana use during pregnancy and breast-feeding may pose potential harms. It is against the law to drive or operate machinery when under the influence of this product. KEEP THIS PRODUCT AWAY FROM CHILDREN. There may be health risks associated with consumption of this product Marijuana can impair concentration, coordination, and judgment. The impairment effects of Edible Marijuana Products may be delayed by two hours or more. In case of accidental ingestion, contact poison control hotline 1-800-222-1222 or 9-1-1. This product may be illegal outside of MA. This content is made possible by our sponsor. It does not necessarily reflect the attitude, views, or opinions of the Chronogram editorial staff.