There’s more to the story when it comes to popular health myths and claims.

We live in a sound-bite culture. Pop wisdom is delivered in snippets, divvied-up TV screens, and crawling word banners at the bottom of newscasts. Blogging has gone micro, and if you can't say it in a 140-character Twitter post then you probably shouldn't say it at all. But there's a price to pay for the current obsession with abbreviation. When our stories are left half told, overgeneralization and misinformation step in to fill empty spaces. Amid the newsflashy free-for-all that is the World Wide Web, myths and rumors run rampant. When it comes to health topics, our edited-out talk loses its hard science. That's why, in defiance of the dumbed down, I've selected a few popular health sound-bite claims for closer inspection. Are the following brazen-faced statements fact, fiction, or something in between? The answers might surprise you. 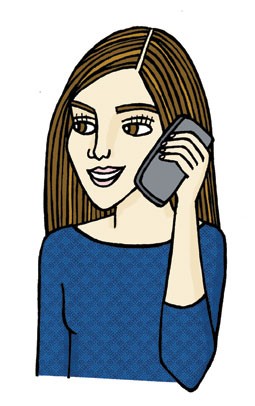 Cell phones give you brain cancer.

This unlikely seeming declaration is quite possibly true. Last summer, the World Health Organization (WHO) surprised the medical community by reversing its stance on cell phones and cancer. While the international agency—comprising top scientists from around the world—originally drew no link between the two, it is now suggesting a possible connection. After reviewing the evidence from a number of studies, WHO's International Agency for Research on Cancer classified mobile phone use as a "carcinogenic hazard" in the same risk category as lead, engine exhaust, and chloroform. The cause for alarm is that cell phones emit radiofrequency electromagnetic radiation—a nonionizing type of radiation similar to the kind that powers a microwave oven but not as strong as ionizing X-ray radiation. Says Dr. Jonathan Samet, the chairperson of WHO's International Agency for Research on Cancer and the director of the Global Institute for Health at USC, "This classification does not mean there is certainty that mobile phones cause brain cancer. But it reflects the findings of several studies showing associations of mobile phone use with increased brain cancer risk. Thus, the [WHO] group could not classify radiofrequency electromagnetic radiation as not causing cancer."

When we hold cell phones to our ears, are we cooking our brains? Some scientists have suggested that we are—though WHO maintains on its website that radiation from cell phones only negligibly raises the temperature of the brain or other organs. What's harder to ignore is that the largest international study on cell phones and cancer, released in 2010, showed that participants who used a cell phone for 10 years or more had doubled their risk of developing brain glioma, a type of tumor. Given that widespread cell phone use has been a part of our culture for only about the past 15 years, its long-term effects remain unknown. Says Samet, "We need more research to sort this out—both epidemiological and mechanistic."

Bottom line: Cell phones might increase brain cancer risk, but don't toss your BlackBerry just yet. Using a wired earpiece or your phone's texting or speakerphone function—instead of pressing the device against your noggin (Can you hear me now?)—can significantly reduce exposure to radiation from the gadget. 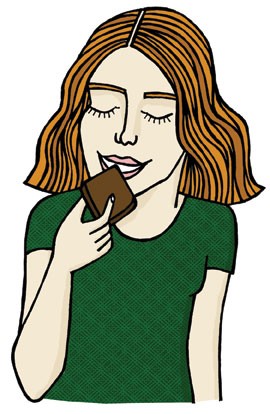 Chocolate is good for you.

The short answer is yes—but hold your applause. Study after study has revealed the positive nutrient attributes of flavonoids, the health-promoting antioxidants so richly abundant in dark chocolate. Says Jeffrey Blumberg, PhD, professor of nutrition science at Tufts University and a lead researcher on several chocolate studies, "The evidence from a number of studies now—both observational studies and meta-analyses of clinical studies in chocolate—all suggest an improvement in vascular function seen in part by things like a decrease in blood pressure, particularly in people who have high blood pressure. That's definitely a good thing. Cocoa powder, or dark chocolate with lots of cocoa powder in it, can have these benefits." But. (And there's always a but, isn't there?) "Chocolate is also a high-fat, high-sugar food," cautions Blumberg. "Too much can lead to weight gain and obesity. So the good news is, dark chocolate is good for you. The bad news is, you can't eat as much as you want."

What about milk chocolate? The jury is out on that popular confection. Some studies say that flavonoids bound with milk lose their bioavailability (or their ability to be absorbed by the body), while other studies have failed to identify this untoward reaction. "If I put milk in my chocolate or tea, do I lose the benefit? The answer is not clear," says Blumberg. What we know for sure is that milk chocolate is not very high in flavonoids because the Dutching process removes them for a smoother, sweeter taste. (You can thank those health-promoting flavonoids for dark chocolate's pleasant bitterness.) As a result, most researchers don't bother running trials with milk chocolate in human studies. "Yet in the observational studies," says Blumberg, "more chocolate consumption of any kind, milk or dark, is associated with lower blood pressure. So I don't want to say that milk chocolate is no good. But if you want the most health benefits, you really should be going with dark chocolate."