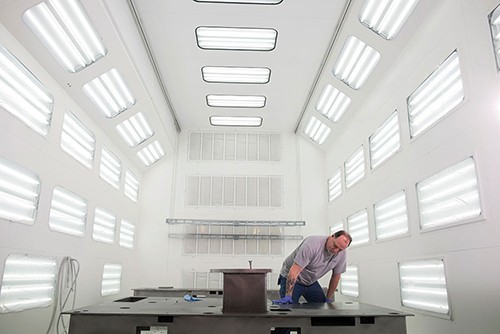 On a quiet, dead-end road in Kingston sits a nondescript, near-windowless commercial building. Its demure exterior belies the developments within its beige, industrial aluminum walls. The building is the home of Fala Technologies, sought out internationally for its expertise and capability in high-tech manufacturing and machining. Designing and building custom parts for aerospace and automotive applications, their handiwork shows up in everything from Sikorsky's next-generation helicopters to Tesla's electric cars. Fala is one of over a thousand other manufacturers in the Hudson Valley who comprise a network of innovative operations fabricating cutting-edge technology for a global market. Though the days of massive, monolithic operations are long gone, manufacturing is still an important part of the Hudson Valley's economy.

For the last several decades, the story of manufacturing in the Hudson Valley has been one of decline. Many communities are still recovering from the loss of IBM, GE, and other large-scale, traditional manufacturers, but there remains a vibrant, innovative ecosystem unfamiliar to many of the region's residents. Small operations of 25 to 150 employees are making everything from pharmaceuticals to packaging to machined parts, for a diverse range of industry sectors including aerospace, automotive, medical, and even nanotechnology. Manufacturing currently constitutes 10 percent of the Hudson Valley's economy, or approximately $10 billion annually. It employs over 40,000 people, with half of them in high-tech manufacturing. Regeneron, a pharmaceutical company headquartered in Westchester, employs more than 5,000 people globally and is worth over $40 billion alone. 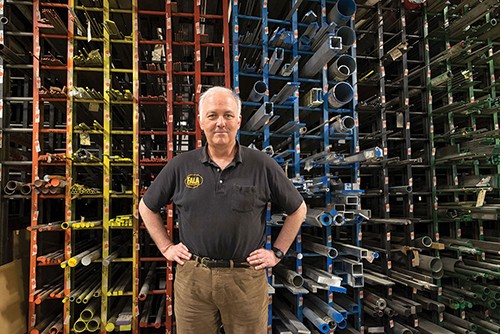 Ten percent may not seem significant at first, but there's a multiplier effect unique to the industry, because of its complexity and the intricacy of its supply chains. For every manufacturing job, 2.5 support jobs are created, either in transportation, repair, installation, or a wide swath of other fields. Manufacturing jobs also offer a higher standard of living than many other industries, especially in the Hudson Valley. The national average salary is about $44,000 (compared to $47,294 in the Hudson Valley). For manufacturers across the country, it's $55,000. For manufacturers in the Hudson Valley, the average salary is $68,000.

While the Hudson River continues its recovery from PCB contamination and Superfund and brownfield sites are slowly revitalized, many critics aren't shedding any tears over the decline of large-scale manufacturing in the region. Today's manufacturers, however, are a far cry from the dirty, dark, and dangerous manufacturers of the past. "One of the bigger shifts in manufacturing is that as time has gone by, we're not dealing with the old smokestack industries. Manufacturing has become much cleaner and very, very high tech," explains Christy Caridi, associate professor of economics at Marist College and an expert on the local economy. Today's advanced manufacturers do a lot of their work in front of a computer terminal, programming machines for high-precision components. Sustainability is a byword, as manufacturers invest in reducing energy expenditure and wasted materials, with all of the expected benefits to the environment. The factory floor of the future is efficient, near sterile, and sophisticated, and operations in the Hudson Valley are no exception.

Although manufacturers in the region make a wide variety of different products, there's a common thread that ties them together. Like many other parts of the country, our manufacturers will never be able to compete with cheap labor overseas, and those that have survived have found niches in high-precision, high-value-added production, leveraging the region's intellectual capital for applications that require incredibly low tolerances and exacting specifications. Harold King is the head of the region's Council of Industry, a private advocacy group comprised of 160 stakeholders in the industry. He paraphrased a speech by Mike Molnar, the founder of the National Institute of Standards and Technology's Office of Advanced Manufacturing. "If you're still in business, you're in advanced manufacturing." King's point is that because of the unique challenges to manufacturers in the region, the ones that have survived did so through rapid adaptation to a shifting landscape.

But the biggest challenge to manufacturers in the Hudson Valley isn't competition from overseas, government regulation, or high taxes. It's simply finding the right people to fill jobs. "We're going to be in business forever if we have the staff," says Frank Falatyn at Fala Technologies. But a lack of skilled workers is what keeps him up at night. "We have no ready pool to pull from. No knowledge base of making things with your hands."

Bruce Phipps is the CEO of MPI Systems in Poughkeepsie. MPI is one of the global leaders in wax injection molding, frequently contracted by Rolls Royce and Pratt and Whitney for jet engine components. "The workforce in the Hudson Valley is holding us back," he says. In the past, says Falatyn, there was ready access to a quality workforce. "In my father's day, he used to hire high-school kids that worked under their cars," Falatyn says. "Nobody works under their cars anymore. It's all electronics." For decades, children and students were dissuaded from going into manufacturing because of the perception of it being dirty, dark, and dangerous. While that is no longer the case locally, many students simply aren't aware of the opportunities available to them through manufacturing. The average age of a worker in the industry is pushing 60, and Falatyn explains "There's a narrow window of five to ten years before our older staff retires. We need to transfer that knowledge base."

14 Restaurants Right on the Hudson River