"Hold no opinions for or against anything."

Shortly after my son entered school, I had a meeting with his teacher.

"He's very capable, and is a leader in the class," the teacher began, "but he has a hard time staying in line." 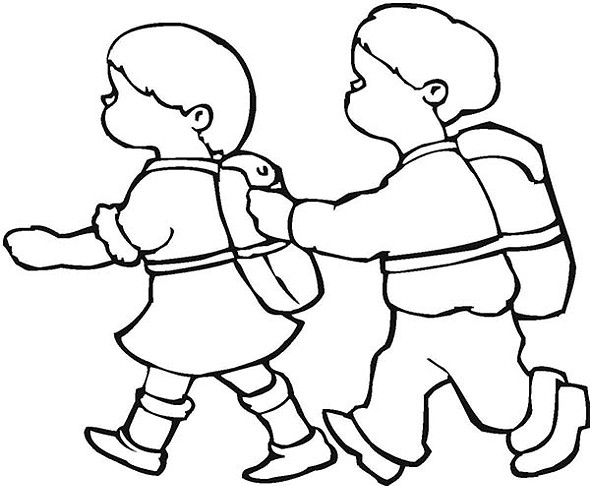 I nodded sympathetically, for I knew the boy was spirited. His movements described zigzags, fractals, and asymmetrical forms more than tidy human geometry. And then something dawned on me.

"Well you know," I said to the teacher, "there are no straight lines in nature."

It sounded glib, and we chuckled together, but as I reflected on the conversation, I realized that in fact staying in line, or toeing the line as it were, is not a quality I hope to engender in my children, let alone myself. If anything, I hope to be, and have children who are, ready to step out of line.

This is not to say that rebelliousness is, in itself, a virtue. Indeed there is a keen distinction between rebelling against an external constriction and following the guidance of an inner compass, its needle pointing toward what one knows to be true. This latter could also be called staying in line, but aligned with something quick, outwardly changeable, and requiring great vigilance to apprehend.

In whirling, the dervish finds a central axis that doesn't move. It stretches from the left foot, up the leg and through the torso, and through the top of the head. Though his body is spinning around at high speed, this plumb line at the center, and accompanying awareness, is still. When attention in the axis is lost he wobbles. If his attention goes to things outside, he gets dizzy, loses his balance and falls.

For the dervish, the simple, difficult act of turning around is both cosmic in its mirroring of nature from subatomic to galactic scales, and it is personal as a psychological elaboration of a disposition to be carried into life. The line that the dervish toes is vertical and an internal point of reference for navigating in life.

It is no coincidence that what the dervish does, turn, could also be described as performing revolutions. To turn around, in this sense is revolutionary, and it is precisely this revolution that is required in retrieving our center of gravity from outer forms and constraints to our inner compass and its accompanied knowing.

In this direction I have a long-standing, good-natured debate with my children's grandmother.

"The children should write thank-you notes. They shouldn't be so entitled!" she states vehemently.

For me, I try to express the highest value is that one's outer expression matches a corresponding inner feeling.

How much of the inner life is occupied and hemmed in by concern about the thoughts, views, impressions, expectations, and judgments of others? How often do we sacrifice our own sense of what is true to gain favor or acceptance? What might we be occupied with if we weren't forever concerned about how we are seen by others?

It is a narrow path, finding a balance between appropriateness and authenticity, inner awareness and relatedness. Finding the inner axis, the center of gravity of the whirling dervish—even for brief moments—enables the unfolding of a creative, revolutionary dance in life.

William Segal, in this excerpt from his poem "The Middle Way," gives a hint at what it is to be aware of one's own axis or center of gravity, and the requisite delicate balance of active effort and receptive sensitivity:

I am very still in the body. I follow the breath. I watch

the movements of thoughts and associations. The feelings

become quiet, and the activity in the head diminishes. I

am more. I perceive the whole of my world, just as it is.

I remain very still, refusing the mind's inclinations to reach

Thoughts and feelings come and go like floating clouds.

They are not me.

The experience is at one and the same time, both active

and passive. Through sensation of the body, I perceive that

I am aware of a feeling which suffuses the interior of myself.

It is a choiceless, an accepting awareness. With it comes a

sensation that extends to and envelops all the parts of the

body. I am very still, relating to the silence that is both

Nothing is lacking at this moment.