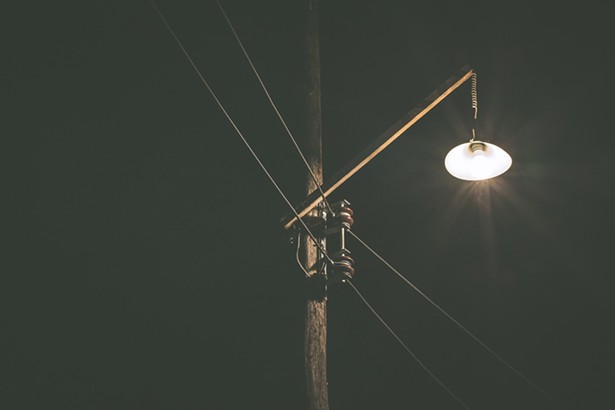 Within light there is darkness,
But do not try to understand that darkness;
Within darkness there is light,
But do not look for that light.
Light and darkness are a pair,
Like the foot before and the foot behind, in walking.

The argument continues all night, every night of summer.

Is it a dispute, or simply an expression of Schrödinger’s paradox in which the cat in the box is simultaneously living and dead? Katy did, and she didn’t. Hence the bush crickets are of one mind, insistently positing that both claims are correct.

The public sphere of social and network media is rife with similar disputes; arguments relating to public figures, geopolitical events, social and economic structures, gender dynamics, the Earth’s atmosphere and climate. Media and politics polarize these issues into dyads informed by differing data and observations and defined by specific talking points and arguments.

We find ourselves on one side of the dyadic arrangements or the other. So rarely do we attempt to fathom the opposing point of view because it’s assumed to be ludicrous or unfounded. We cannot grasp how anyone could believe something so absurd. We have our point of view and we hang out with people who share it. The opposite end on the spectrum of opinion is so removed as to prevent any real contact between the opposing points.

The absolute works together with the relative
Like two arrows meeting in mid-air.

Though opposite and contradictory, a collision of positions liberates energy for taking in a larger view. The resulting understanding is potent in scope and effect. Such an insight encompasses a greater whole, the dynamic of a dyad, however discomfiting in uncertainty.

The image of Lady Justice, blindfolded, holding the scales, is not only instructive for judicial professionals. It points to the possibility of impartiality to one’s own thoughts, contradicting views of oneself, and to opposing opinions at ends of a political spectrum. In the language of meditation, it is the position of observer, the agent of consciousness unfettered from association. This observer is not aloof or disengaged. Rather, the meditative consciousness embodies apparently opposing impulses—an effort of total attention in a medium of acceptance.

Though impartiality is a lofty attainment, the approach to it is incremental and each stage has the germ of its fulfillment. A simple effort might include an intentional conversation with someone holding a view on an issue opposite to one’s own. A further effort would be to place oneself in that person’s position and actually see what they see, and deeper still, to feel what they feel. This task is harder than one would expect, perhaps even impossible, as it requires a departure from one’s worldview. But the aim of the exercise is nothing more than the calorific effort of standing in uncertainty. To stand before diametrically different views of the same subject is itself the aim.

Every normal human being values the same things. These values are baked in, part of DNA, the soul, and whatever other language one uses to describe the ineffable beingness and innate intelligence of the inner life. Left and right, atomistic and holistic, hawk and dove—all wish for wellbeing and freedom, for truth, abundance, order, and for love. The apparent differences lie only in the perceived means of fulfilling these values. At the core, we all share a sensibility.

It is a courageous act to set aside opinions, positions, and all the associated defensive and promotional vitriol, and attempt to find commonality. This is not a mental effort, but rather one of the being, to struggle with oneself to develop the capacity to listen without arguing, to put oneself in the position of others. The increasing volume of antagonism and controversy among different ideological camps speaks to the need for this effort to understand one another. In the larger scheme, the perpetual work of human-scale reconciliation eclipses the promotion of any particular agenda.

I respectfully say to those who wish to be enlightened:
Do not waste your time by night or day.